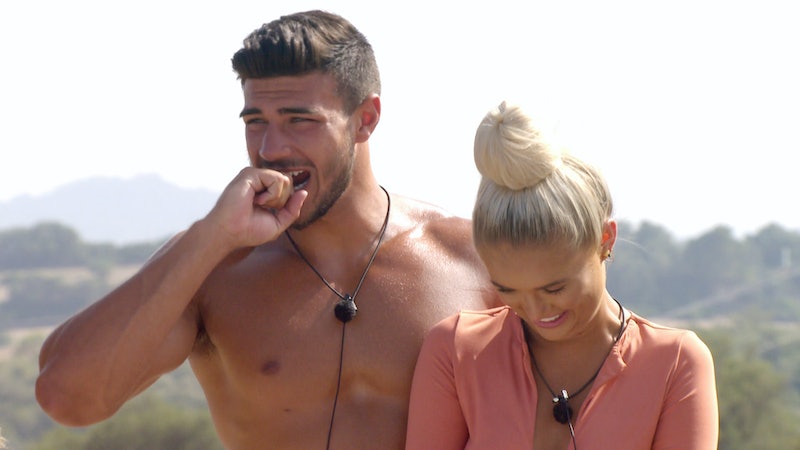 Love Island is famous for many things. Drama, LOLs, romance, and, of course, making sweet sweet love. Making for a whole lot of entertainment, fun, and of course filling your diary for the summer. However, this season has seemed a little bit more tame than others leaving many fans scratching their heads and asking, are the couples having sex in the Love Island 2019 villa or has the show gone more PG13?

Well guys, as far as viewers are aware, nobody has. Zilch. Nada. Well I mean, there has been bits. Which have been admitted by contestants on the show including Tommy and Curtis.

The Sun is reporting there has actually been some rumpy pumpy going on but that the ITV bosses have decided that they are better off not showing anything like that. In respect of the contestants' privacy and to protect their dignity and mental health after the show. I contacted ITV, who declined to comment on this report, but if correct, it seems like a decision with the islanders' needs in mind, which is great.

The ITV insider who The Sun claims to have spoken to says that the move is all in the interest of the long-term impact any scenes might have on contestants:

"Most of them have said they're not comfortable with their sex scenes being broadcast and bosses have taken it all into account — many go on to regret having sex on camera because of how they're viewed by the public and their employers."

The noticeable lack of kinky goings on has been a bit of a bummer for some fans who have found this season far too PG for their liking. Especially in comparison to earlier seasons. With many taking to their social media accounts to share their disappointment in this year's well-behaved stars.

Compared to previous seasons, there has definitely been less explicit-ness in the villa this year. One incident that got people talking in particular happened during season two, when Miss GB Zara Holland lost her title after an evening with fellow islander Alex in the Hideaway.

Holland has since been very vocal about the show, choosing to quit fame after her experience, and spoke to The Sun about her advice to anybody on the show.

"I would say to any contestants this series, don't do anything that you would regret later in life. Sometimes things in the moment never leave you and it can be hard to get over."

The show has raised a lot of questions regarding the emotional support and financial advice offered to those who appear on the show. Six former contestants spoke recently in an article published on The Ringer about the toll the show takes on your mental health. In light of the loss of Sophie Gradon and Mike Thalassitis, two former contestants who both tragically took their own lives in the last few years, ITV bosses vowed to offer more support to contestants.

It's really easy for fans to complain that shows aren't racy enough, or we are not getting to see enough private moments. However, the potential long term affects are something we should all think about really carefully. Remembering that these people are after all human and deserve respect is important.