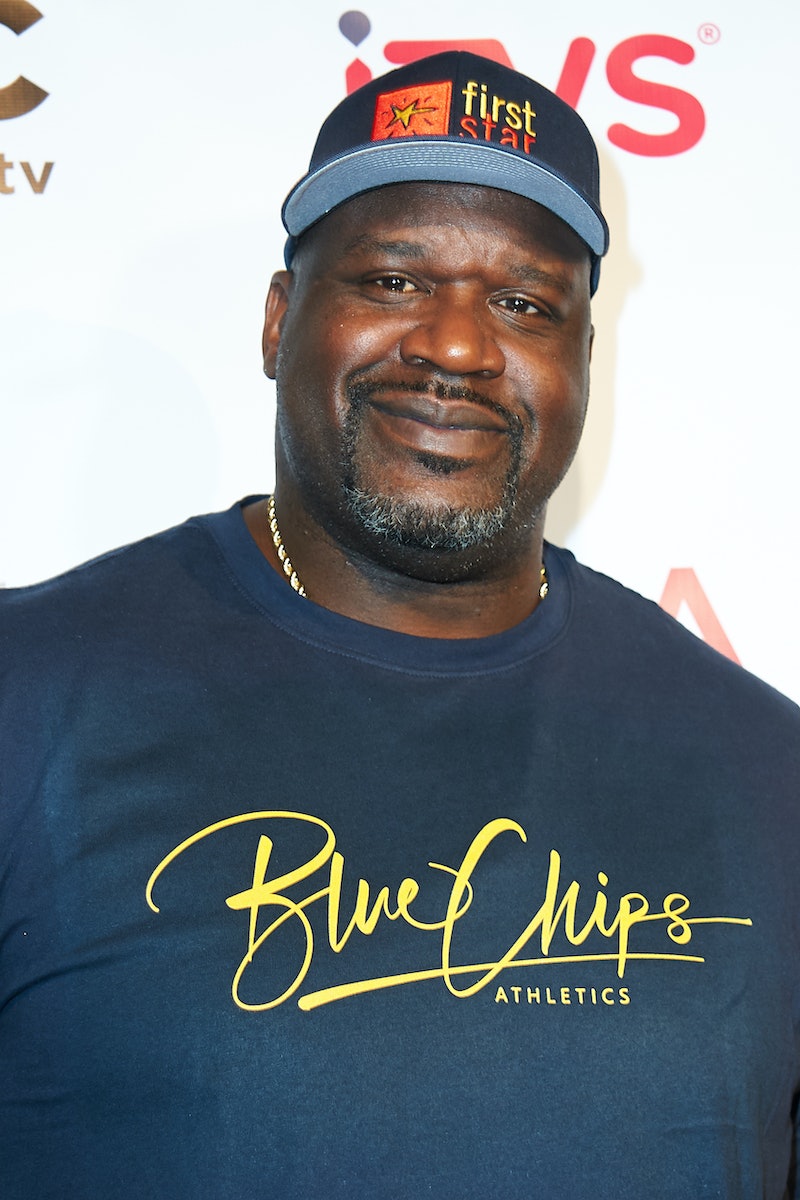 Sorry, Joe, but you don't have a friend in Shaq. In a new interview with Conan O'Brien, basketball legend and sports analyst Shaquille O'Neal clarified he's not friends with Joe Exotic despite appearing in Tiger King. The former NBA player has been caught up in the controversy surrounding Netflix's breakout hit about Joe Exotic (whose real name is Joseph Allen Maldonado-Passage), after footage of him visiting the Greater Wynnewood Exotic Animal Park in Oklahoma was used in the docuseries. Now O'Neal is setting the record straight by detailing how his visit to the animal park came about, and what he really thought of Maldonado-Passage.

The first thing O'Neal wants viewers to understand is that he didn't make a cameo in the series, at least not in the technical sense. "I did not do a cameo," he told O'Brien during their virtual chat. "The law states that when you do something, or say something it becomes public property."

O'Neal went on to explain that he spotted a sign for Maldonado-Passage's Great Wynnewood park several years ago when he was traveling to Oklahoma City for a basketball game. The sign advertised white tigers, which he told O'Brien are his "weakness." The NBA star stopped to visit the park, and claimed that he ultimately sponsored two tiger cubs under the condition that he would be able to visit them whenever he wanted. However, he said that he didn't purchase the tigers, and the cubs never left the zoo.

As for Maldonado-Passage, O'Neal made it clear that he has no affiliation with the convicted felon, who is in prison due to animal rights violations and an alleged murder-for-hire plot against Big Cat Sanctuary owner Carole Baskin. "Being friendly to somebody doesn't mean that we're friends," he said. "I have no affiliation with him or his zoo."

In the series, O'Neal is seen petting tiger cubs, which is a practice that animal rights activists want to see stopped because it often leads to tiger breading and the separation of cubs from their mothers. However, the NBA star wanted to make clear, "America, I love animals. I do not harm animals." He also shared that he has made "made large donations for animals to have food, shelter, all that good stuff."

This isn't the first time that O'Neal has spoken out since he appeared in Tiger King. In late March, he discussed his visit to Greater Wynnewood on an episode of The Big Podcast with Shaq. "Listen, people are going to make their own opinions, but, again, I was just a visitor. I met this guy — not my friend. Don't know him," O'Neal said of Maldonado-Passage, per NBC News. "Never had any business dealings with him, and I had no idea any of that stuff was going on."

O'Neal isn't friends with any of the people associated with Maldonado-Passage, but he does have a favorite from Tiger King: John Finlay. "But you know who was really funny?" he said to O'Brien. "The guy with no teeth." After hearing that Finlay has since gotten a new set of pearly whites, the sports analyst said, "But that's not his brand... I want you to go back to the no teeth look, man."