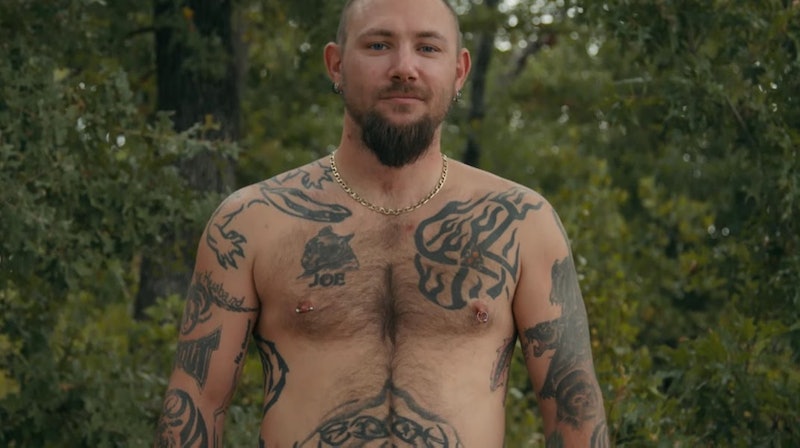 Joe Exotic’s ex-husband has a few film adaptation ideas: Tiger King’s John Finlay wants Channing Tatum to play him in a potential film about his time at Oklahoma’s Greater Wynnewood Exotic Animal Park. In an interview with People published on April 4, the subject of Netflix’s hit true crime docuseries Tiger King: Murder, Mayhem, and Madness explained his personal connection to Tatum and called him a “really good actor.”

“He’s always had a special place in my heart,” Finlay said of Tatum. “He did a shout-out to my distant cousin; she died of Stage 4 brain cancer. When he did his shoutout, he did it because it was on her bucket list.” Finlay explained that Tatum sent his cousin a personalized message before she died six years ago at the age of 18. “He has a special place in my heart because of that,” he said. “But he’s [also] a really good actor, and a lot of people are putting names out there with him in it.”

Finlay also has another go-to actor in mind if Tatum wouldn’t be able to take on the role: Shia LaBeouf. He said of the Honey Boy actor, “He would probably be a good choice because with a beard he can look like me, and he can relate to me.”

Finlay is one of the former husbands of Joe Exotic (real name Joseph Maldonado-Passage), the eccentric wildlife park owner at the center of Netflix’s docuseries. Exotic is currently in prison for his connection to the murder-for-hire plot against animal rights activist Carole Baskin, as well as various animal abuse violations, that was explored in the Netflix series.

Finlay isn’t the only star with a film adaptation on his mind. According to Tiger King directors Eric Goode and Rebecca Chaiklin, Exotic wants either Brad Pitt or David Spade to play him in a film. Chaiklin told The Hollywood Reporter on April 1, “He doesn’t refer to David Spade as David Spade — he refers to him as Joe Dirt.”

While a film isn’t on the horizon just yet, a limited series about Exotic and Baskin’s feud is in the works with Kate McKinnon cast in the role of Baskin. The series is based on Robert Moor’s podcast Joe Exotic: Tiger King. And while Exotic has envisioned Pitt and Spade in the titular role, Moor has a completely different casting idea for his adaptation: “My preferred casting — and this is a bit off the wall — would be Margot Robbie,” Moor told Andy Cohen on March 31. “I think Margot Robbie should play Joe in like a gender switch, [because] if you look at her eyes, she has these eyes that are just like Joe’s.”

Tiger King: Murder, Mayhem, and Madness is available to stream on Netflix.