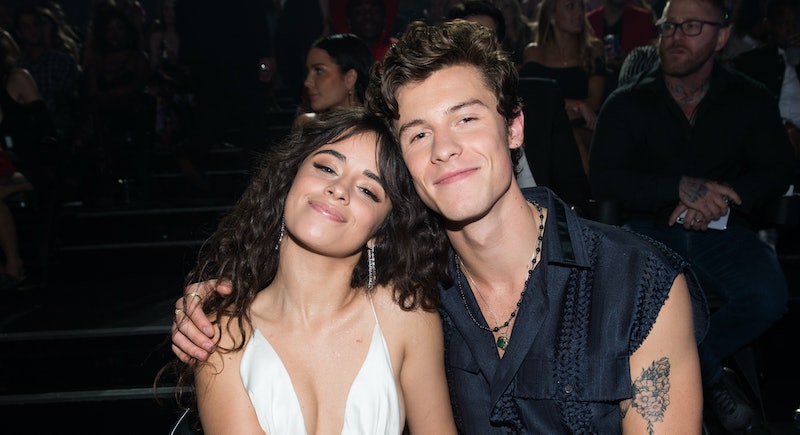 Seeing as how fans have long-sensed more-than-friends fireworks between them, it's pretty fitting that Shawn Mendes and Camila Cabello started dating on the 4th of July. Mendes briefly opened up about his relationship with Cabello during a recent Q&A with fans in Adelaide, Australia and revealed when he and Cabello officially got together, putting some rumors to rest.

In a video shared on Twitter, one fan asked Mendes, "I know there have been rumors of you and Camila being together for a while, but how long have you actually been dating for?" Surprisingly, the singer barely even paused. "We haven’t been dating for that long," he replied. "We've been dating since July 4 officially." While the pair has addressed their relationship status in the past, this is the first time fans got actual confirmation about when it all began.

Fans have shipped Mendes and Cabello as a couple for years, tracing back to 2015 when they recorded "I Know What You Did Last Summer." Once their relationship finally appeared to take a romantic turn this year, though, both stars kept pretty tight-lipped. (Well, they were tight-lipped in interviews at least. They definitely didn't shy away from PDA.)

Mendes eventually confirmed what everyone assumed during another Q&A with fans at the beginning of September, according to Elle. While he didn't mention Cabello specifically by name, he did admit that he was in a "relationship." That's all he was willing to say since "there’s another person involved and I can’t say things that I feel," he explained. "It’s not just me deciding, you know?"

Shortly after, however, the pair became much more comfortable taking their relationship public. In mid-September, they posted a jokey video sloppily kissing in response to haters who apparently thought they "kiss like fish." In her October cover story for Elle, Cabello said, "This past year and a half was the first time I really experienced falling in love with another person," but that she and Mendes still didn't want to "open the door for people to feel like they are involved" in the relationship.

Mendes and Cabello first crossed paths while they were both touring as opening acts for Austin Mahone back in 2014, the stars recalled during a joint interview with V Magazine in July. The following year, they released "I Know What You Did Last Summer" together, and their friendship continued to grow from there.

When the pair dropped the steamy video for their second duet "Señorita" this summer, fans were convinced their romantic chemistry was real. Cabello had been seeing dating coach Matthew Hussey at the time, but soon after her and Mendes' video dropped in late June, she and Hussey reportedly split. And now that fans know when Cabello and Mendes officially became an item, the rest, as they say, is history.