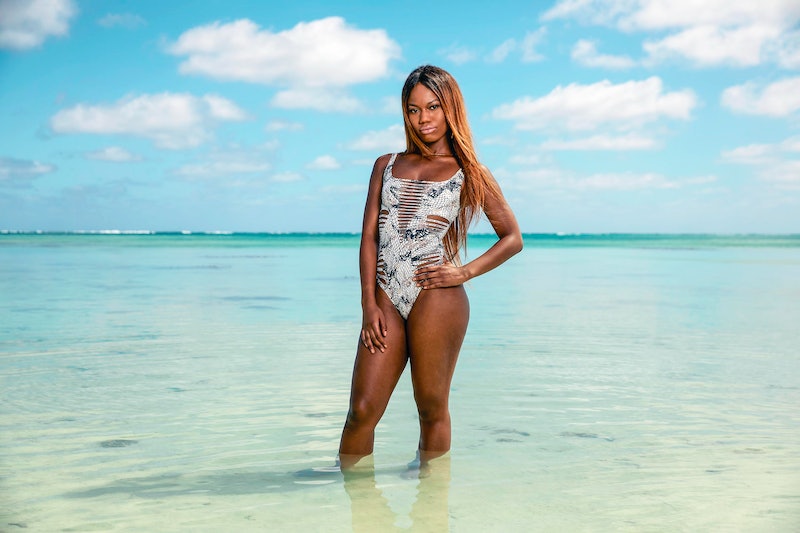 If you are a reality TV super fan like myself, you'll no doubt know that the hotly anticipated show Shipwrecked is back tonight (January 28). The show has been on hiatus since 2012, but now it's back, and set to be better than ever. And, while there are many contestants sure to garner attention during this year's competition, from the look of Tula Fazakerley, aka Shipwrecked's Big T's Instagram, she's definitely one to watch out for.

Tula Fazakerley's nickname, Big T, was given to her by her family. In an interview with the Radio Times, the Shipwreck hopeful revealed that her family started calling her Big T because she has small breasts. Well, as they say: you don't choose your nickname, the nickname chooses you. "It’s really funny as when people want to be formal, they call me Big T and if they are chilled out, they call me T,” she explained. So, just who is this elusive Big T?

Big T works as a part-time wig maker from Chelsea, according to a video she posted on her Instagram. She was born in Malawi, but at the age of four her parents brought her "from Africa straight to Sloane Square," Big T says.

On her Instagram, Big T posts photos of all her wig creations and even dons a few of the designs herself. In one Instagram post she revealed she works on her creations for up to 16 hours. Talk about a labour of love. Despite working in the hair industry, Big T revealed to heart that she shaved her hair off before going on the Island saying. "I was getting too attached to my hair," she said. "My life is not my hair. It was about stripping back.” Can I get an amen?

Big T's already a pretty big deal on Insta, boasting more than 3,000 followers before the show has even started. If you're looking for some fashion inspo, I would highly recommend following this castaway, because some of these looks have style icon written all over them.

On her Insta, Big T posts regular photos of her and fellow Shipwrecked star Kalia Lai. It seems the two are super tight following their departure from the island (Shipwrecked is pre-recorded.)

In a preview released on E4's social platforms, Big T can be seen locking horns with co-star Liv. The contestant opened up to the Radio Times about their dispute: “Liv didn’t like me from the word go. She heard my Chelsea accent and she thought, ‘Right, I don’t like her.’ I never normally argue and so it was a shock to the system.” Yikes.

Even though Big T says she "never normally argue[s]", she told the Radio Times that E4 picked her because she was "controversial." She went on to say: "There was no one else like me on the island.” Big T is at confidence level 100 and I'm here for it. The Shipwrecker-er told Metro that she did add value to the island in plenty of other ways: "I cooked for everyone, I looked after everyone and I was the caring one."

I don't know about you, but my money's on Big T's team to bag the £50,000. Catch her on E4's Shipwrecked weekdays at 9 p.m. and follow her on Instagram at @tula_fazakerley.