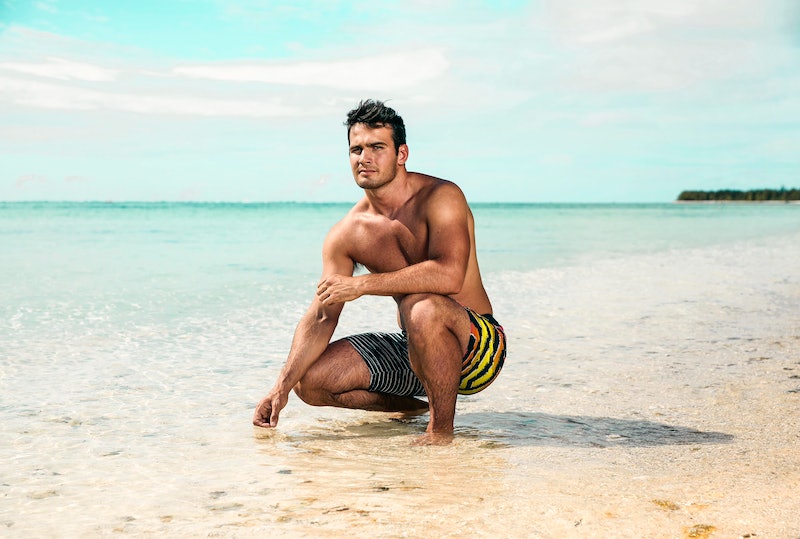 As much as I adore being able to break out my woolly socks and cosy AF jumpers thanks to the cold snap currently hitting British shores, I can’t help but feel a little pang of jealously whenever I see an advertisement for Shipwrecked. And thanks to some social media digging on the contestants, I’m now even more envious of one castaway in particular who already has some experience of enjoying the sun and the crystal blue waters of the tropics. So, who is Shipwrecked's Tom Wotton and what made him chose to spend last summer on Shipwrecked?

A master of many trades, the twenty-year-old Devon native is currently studying industrial design at Loughborough University and training for the Marines. And even though he’ll become a familiar face on the telly for Shipwrecked’s run, it doesn’t look like Wotton wants the spotlight to continue after the show stops airing. Once Shipwrecked is finished, it seems as though Wotton wants to jump straight back into completing his degree and joining the marines, according to The Tab.

Judging by Wotton’s Instagram feed, it seems that his time on Shipwrecked is another once-in-a-lifetime experience to add to his already overflowing roster. Having described himself as a “self-confessed adrenaline junkie,” Wotton’s love for experiencing life and travelling to exotic places makes him the perfect candidate to experience a show like this, that’s for sure.

From sky diving to swimming with sharks, snowboarding to trekking through jungles, Wotton sure knows how to experience the world in-between studying and training for the Marines. I wish my life was as put together as his seemingly is… then again, I’m not the sort of person who would willingly jump out of a plane or even attempt any extreme sport.

I do envy his travel log, though. From what I can gather from his Insta — which you can follow @tom_wotton — he’s visited the likes of Hawaii, Barbados, Florida, the Maldives, Borneo, Switzerland, the French Alps, and Portugal all within in the span of four years. And obviously he spent a considerable amount of time in the South Pacific last summer for the filming of Shipwrecked. If you want to see more of his escapades, he also has a YouTube channel where he has uploaded some retrospectives of his summers in paradise. Yeah, totally not jealous at all.

While I will continue to vicariously live through Wotton's snaps, his Insta does prove how fit he is to survive Shipwrecked and and potentially be part of the winning team that will bag the £50,000 prize. If you're not familiar with the premise of the show, contestants are split into two tribes, and the only way they can survive is by attracting new — and old — castaways to their team. In the end, the tribe that has the most contestants wins.

Even though Shipwrecked hasn't been on British screens for quite some time, it's clear that it's return his pretty highly anticipated and is sure to be one of the major talking points of the new year.

Watch Shipwrecked on E4 weekdays from January 28th at 9p.m.