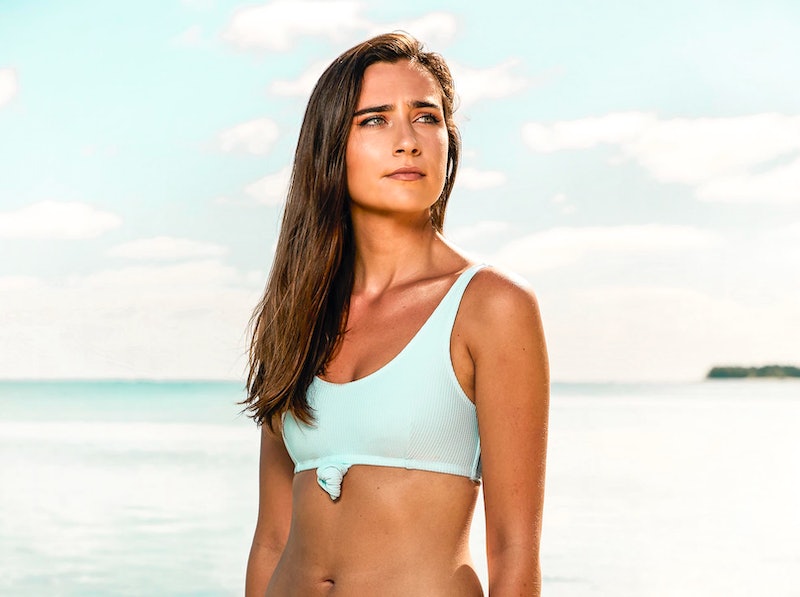 The nation has been praying for the return of Shipwrecked for seven years, and the head honchos over at Channel 4 have finally heard those prayers. With the Shipwrecked reboot so close, attention has now turned to who will be appearing on the reality show. The first nine contestants have been revealed, proving that there are a few people to keep your eye on. Take Shipwrecked's Emma Fleming, for example. A self-described feminist with a sense of humour, she may well have a few tricks up her sleeve.

In 2018, the 22-year-old graduated from Loughborough University with a degree in Publishing and English. She admitted to the Radio Times that she didn't think she would ever be chosen for a place on the show, saying: "I was in the library with my friends and I thought it was a bit of a joke, as I never thought I would get in! I watched it when I was younger and I was obsessed with it. I thought, 'Why not?'"

She added that she "was absolutely terrified" about the prospect of spending a few weeks on an uninhabited island with people she had only just met, but told the i that she was surprised "how quickly" she adapted. "I loved being outside. Being a bit grubby was right up my street and I got to do it for real."

In her introduction video for the series, Emma said: "Feminism's a massive part of my life. I'm hoping there's going to be a lot of strong female leaders and I hope to be one of them." She also explained that she can be "quite silly" and doesn't take herself too seriously. Her Instagram account (which is @emmajfleming_ in case you're wondering) appears to prove that she is in fact a bit of a joker.

"Gazing into my blue-ticked future," she captioned one photo. Another shows her unashamedly wearing a clay face mask in the bath. Of course, these humorous posts are mixed in with the traditional holiday photos and pictures of her walking her family dogs.

Although she seems like an avid social media user, Emma said it was the one thing she didn't miss on the island. "It was nice to go back to basics and get to know people without them not spending half the time on the phone," she told the Radio Times.

The person she grew closest to during her time on Shipwrecked was Kush Khanna, which makes sense considering his colleagues did call him the "director of fun." However, Emma was adamant that she didn't want to embark on a romantic relationship on the island. “I wanted my experience to be about figuring my own stuff out about who I was. I didn’t want to take on another person. My experience was never about meeting someone," she said.

Now she is back home in the dreary UK, Emma thinks she has found her calling. The Tab reports that she hopes to do more TV work, including a spot of presenting.

One thing's certain: that blue tick is definitely on the horizon.