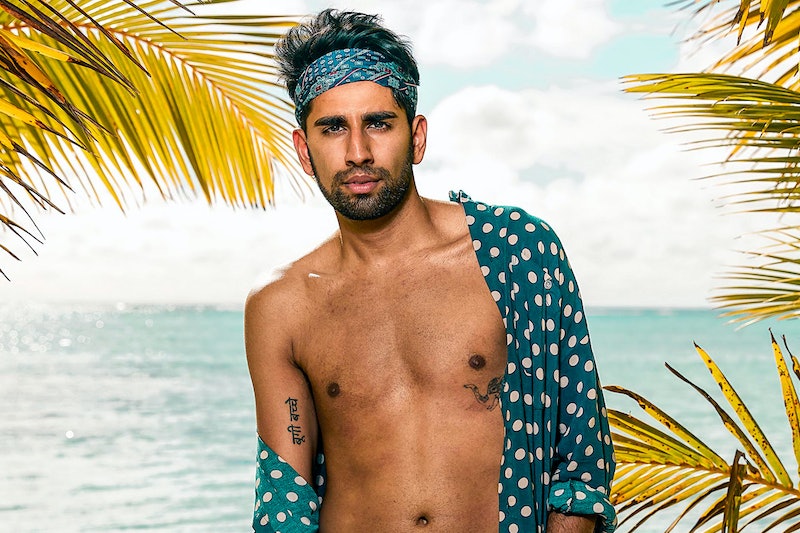 As much as I am enjoying my recent Netflix indulgences, I am certainly feeling the absence of a reality show set in paradise. Love Island and I'm A Celebrity are in the distant past, but thankfully Channel 4 decided that 2019 was the year to bring Shipwrecked back and I am totally buzzing for it. If there's one thing I'm looking forward to most it's getting to know this year's castaways, and thanks to Shipwrecked's Kush Khanna's Instagram I cannot wait to see what this cheeky chappy will bring to the island.

As a 26-year-old recruitment manager from London, Kush originally signed up for the show as "he'd always wanted to go travelling," according to The Sun. And while Shipwrecked will give Kush the opportunity to experience the wonders of the South Pacific, it will also be a place where he can spread is abundance of boundless energy, as shown in his introductory video for the show.

Described as the "director of fun" by his work colleagues, Kush explained how he wants to keep the vibe up during his time on the island. "Your vibe attracts your tribe, and as long as our tribe is really loving and great I think I'm just going to have a great time," he said.

By that sentence alone, I can tell that Kush is going to be one of my faves. That and instead doing a "sexy entrance shot" he decided a roly poly would be best. OMG.

Not only is Khanna the captain of fun, but after taking a look at his Insta, he's also a pretty fantastic singer-songwriter. He was in a band in his late teens, which was managed by Geri Halliwell and Simon Fuller (IKR?!) "It was the best time of my life," he told Attitude. "Going to Geri house every single day and rehearsing in her garage. I'd like to hope she will support me in the show. She is a bag of fun." He released his first single last year, titled "Beautiful," and has covered the likes of Ariana Grande and Jess Glynne through Instagram posts. I mean, I can't be the only one hoping that he'll be hosting campfire sing-a-longs with the rest of his tribe — and those that join in the interim.

His creative personality also shines through his Insta feed, which includes some iconic AF selfies and evidence that Kush is a well-seasoned traveller, including trips to the Canary Islands, Dubai, and Croatia. It's no wonder that he and Tom Wotton got along, who Kush described as being "like a brother" according to The Sun.

I can already tell that Kush is going to be a fan — and tribe — favourite, especially since his deluxe items were fairy lights and a pillow — which went down well with his fellow castaways, according to Heart. "Everyone laughed I had brought along fairy lights but they made our dinner table, swing and bathroom glow."

Fairy lights make everything better, after all — even surviving Shipwrecked.

Watch Shipwrecked very weeknight on E4 at 9 p.m. from Jan. 28