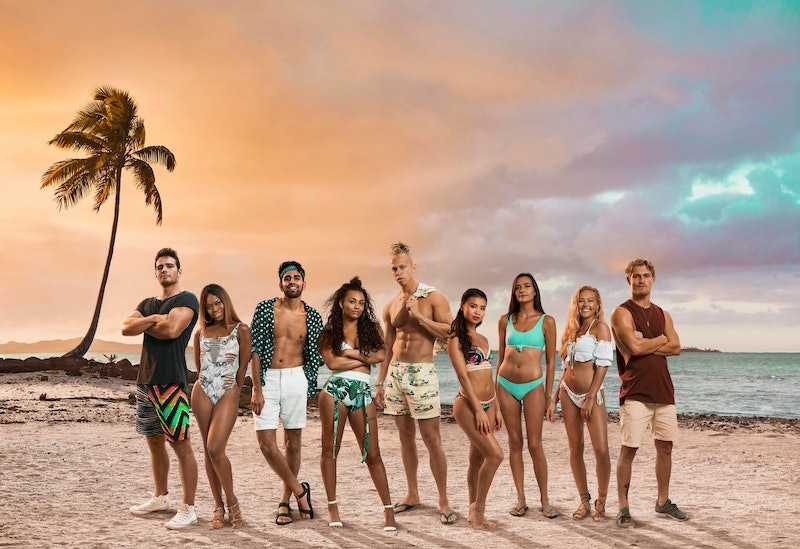 Shipwrecked is back and y'all I will begin with letting you know what yes it is great and yes it is a little bit of what you fancy in this grim, cold weather. Lots of fabulous people with wonderfully short tempers and dubious morals living on an island in a near constant state of undress and drama? Now that is art. Buzz off high brow entertainment, this is the real deal. But sadly, Shipwrecked is ignoring the wider queer community.

I can't help notice that the show itself is mirroring a lot of mainstream media and representing only the G out of LGBTQIA+. This issue is especially noticeable in reality TV. Which is such a pain because reality TV is so great in so many other ways. We are now overl halfway through the series and who knows what will happen, perhaps more queer castaways will appear, but the representation issue is still disappointing.

Two of the original cast are gay men, and another of the potential islanders was also gay and male. That is a lot better than other sunny reality shows like Love Island which have had zero queers on, but Shipwrecked isn't a dating show. Now I would imagine there is no chance in hell that the only queers who applied to go on this beachy reality show were cis gay men, right? Seeing gay men represented on shows like Shipwrecked is fantastic, but it's disappointing when the rest of the LGBTQIA+ community is in turn overlooked.

Under-representation of the LGBTQIA+ community in television and the movies is nothing new. As a matter of fact, it has been something we have all felt growing up. Few characters and role models to identify with, few people to embody feelings we feel. However, luckily in recent years, television programmes and films have increasingly told queer stories. As well as that, more and more public figures have come out. Nowadays the very thought of a celebrity having to "come out" seems so bonkers.

But within our community, the lack of equal representation for all parts of our spectrum is problematic too. For example, as the Guardian reports, Stonewall chose not to take part in Pride in London this past year because of its lack of diversity, choosing Black Pride instead. In 2015, as the Guardian also reported, the GLAAD TV report found that "most LGBT characters on U.S. TV are white and male." Thankfully, the 2018 report told a different story, finding that "LGBTQ characters on broadcast television are at gender parity with equal percentages of men and women." They also found that "for the first time, there are more LGBTQ people of color (50 percent) than white LGBTQ people (49 percent) on broadcast television."

So why, when elsewhere we're seeing such fantastic progress elsewhere, is E4, a forward thinking and unashamedly modern TV network, not taking on the need to represent more diversity within the queer community? The need and appetite for representation has long been clear. According to recent figures from research done by Ipsos Mori, only 66 percent of Generation Z identify as solely heterosexual. Meaning 33 percent, that's one third between you and me, identify as somewhere on the LGBTQIA+ spectrum.

But even within the queer world, entertainment is still dominated by cis male voices. A perfect example is the much lauded Rupaul's Drag Race. A show that is adored for its diversity, pageantry, and of course — entertainment value. However, they have never once featured a female drag queen. And Rupaul has said some pretty disappointing things about trans and cis women in drag. Speaking to the Guardian he said he would not agree to allowing trans women to compete in the show.

"You can identify as a woman and say you’re transitioning, but it changes once you start changing your body".

As someone who counts trans and cis female drag queens in my wider friendship circle, I flipping dare you to tell me they are not incredible at what they do, and just as entitled to excel in the drag world. And you know what, as a someone who is lucky enough to know a wonderfully diverse array of LGBTQIA+ people, I double dare you to tell me they don't deserve to be represented in mainstream British reality TV.

Bustle contacted Channel 4 for comment in relation to this matter.