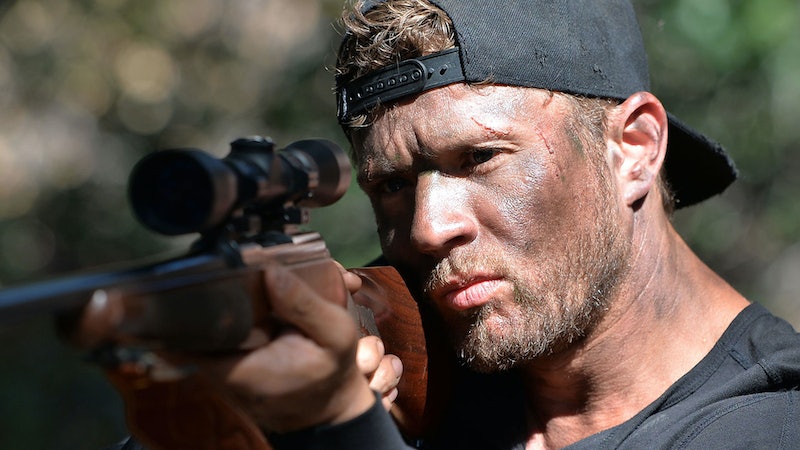 USA Network’s action-packed drama series Shooter is gearing up for its Season 3 finale, airing on Sept. 13. As reported by New York Times, Shooter extended the fictional saga from the 2007 Shooter movie about ex-military expert marksman Bob Lee Swagger who was framed by the government for an attempted assassination. Actor Mark Wahlberg, who portrayed Swagger in the movie, executive produces the show and personally chose actor Ryan Phillippe as the TV version of Swagger. Shooter adjusted the movie storyline by adding new characters and plot twists to make the series an epic international adventure. But, this saga is ending because Shooter will not return for another season per Deadline.

According to the report, Shooter was the lowest rated drama series on the network after Colony’s recent cancellation. Deadline also noted that one of the show’s production companies, Paramount Television, may be shopping the series to other networks. Paramount Network (formerly Spike) has started beefing up its original content with shows like Waco, but there is no official word on if Shooter will find a home on this channel.

Fans of the series are unfortunately not strangers to shocking news and setbacks due to unforeseen circumstances. Season 1 was set to premiere in July 2016 but TVLine revealed it was pulled from the summer schedule altogether after police officer shootings in Dallas, Texas and Baton Rouge, Louisiana.

The series debuted in the fall of that year with successful first season, but Season 2 was cut to only eight episodes (as opposed to 10) because Phillippe broke his leg in an accident unrelated to filming per People. But, this obstacle may not be insurmountable if another network isn’t willing to give the conspiracy drama a new home.

Shooter’s Twitter page confirmed the sad news to its loyal fans and said the Sept. 13 episode would conclude the series. A later tweet promised a “shocking conclusion” to the Swagger story and included a short previewed filled with explosions and tension. The series finale preview gave fans a harrowing message about two people meeting their demise in the final moments of the series.

As expected, fans are not happy to see the show go but there is a bright side to this cancellation. Based on the show’s tweets, there won’t be an absurd cliffhanger or unresolved plots. Many shows don’t get the chance to tie up loose ends before heading to the dreaded chopping block but Shooter has a chance to give fans a solid conclusion.

And, perhaps the show will somehow find life on another network by continuing the current story or with a spin-off series. Of course, none of this will make it easier for fans to let go but at least all hope is not lost at this time.

Shooter may not be returning for another season, but at least fans can look forward to an exciting ending to the military drama. Who will survive this series? Will Bob Lee Swagger ever reclaim his quiet, normal life? Everything has to be revealed when Swagger fires off his last rounds in the series finale.