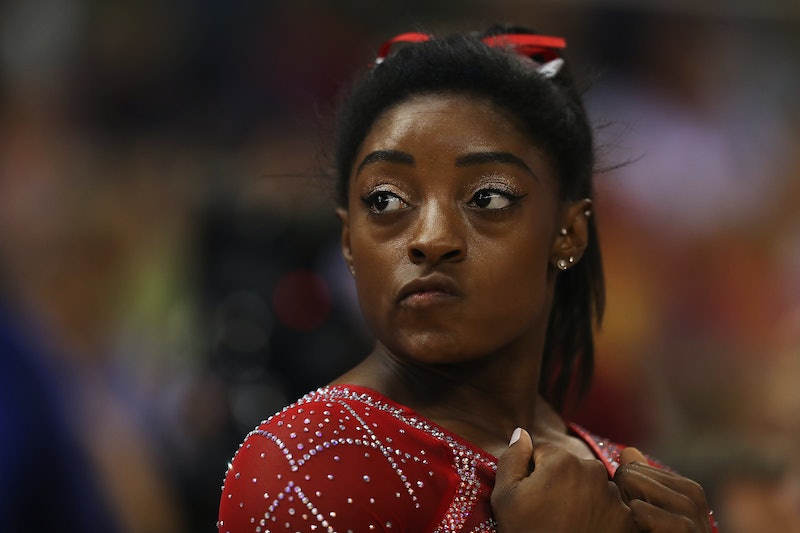 "I definitely think they need to take initiative, but I think it's a start in the right direction," Biles said in response to news that the U.S. Olympic Committee had initiated a Section 8 proceeding against USA Gymnastics. "But then again, we still need a strong leader for the head of our company. I think it goes from there, but all we can do is sit down and watch and hope for the best."

The U.S. Olympic Committee announced Monday it had moved to begin the process of revoking USA Gymnastics' recognition as the national governing body for the sport at the Olympic level following the sexual abuse case involving former team doctor Larry Nassar.

"We believe the challenges facing [USA Gymnastics] are simply more than it is capable of overcoming in its current form," U.S. Olympic Committee CEO Sarah Hirshland wrote in an open letter to USAG gymnasts. "We have worked closely with the new USAG board over recent months to support them, but despite diligent effort, the NGB continues to struggle. And that's not fair to gymnasts around the country. Even weeks ago, I hoped there was a different way forward. But we now believe that is no longer possible."

Earlier this year, Biles accused Nassar of sexually abusing her. "I, too, am one of the many survivors that was sexually abused by Larry Nassar," the gymnast wrote in a statement shared over Twitter in January. "It is not normal to receive any type of treatment from a trusted team physician and refer to it horrifyingly as the 'special' treatment. This behavior is completely unacceptable, disgusting, and abusive, especially coming from someone whom I was TOLD to trust."

Overall more than 260 women and girls came forward to accuse Nassar of sexually assaulting them, including Biles' Olympic teammates Aly Raisman and Gabby Douglas as well as former Olympians McKayla Maroney and Jordyn Wieber. In February, a judge sentenced Nassar to 40 to 125 years in prison on three counts of criminal sexual conduct.