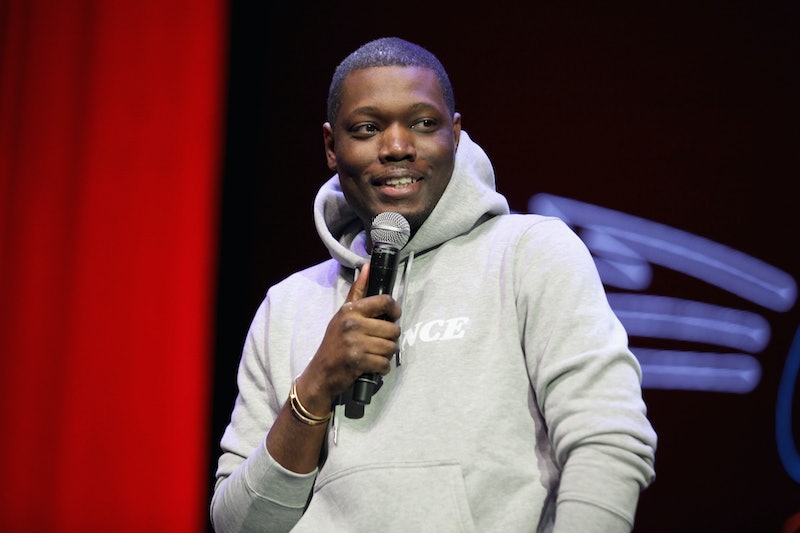 After honoring his grandmother on "Weekend Update," Michael Che is remembering her in another way, while also attempting to help others who are affected by COVID-19. In an Instagram post shared on Thursday, April 16, Saturday Night Live star Michael Che revealed he's paying rent for residents of his late grandmother's building for one month, in order to ease the financial strain they are experiencing due to the novel coronavirus.

While he admitted in his Instagram post that his contribution is just a "drop in the bucket," Che said he will cover the cost of rent for 160 units in New York City Housing Authority building that his grandmother, Martha, once lived in. "It's crazy to me that residents of public housing are still expected to pay their rent when so many New Yorkers can't even work," he wrote. "Obviously I can't offer much help by myself. But in the spirit and memory of my late grandmother, I'm paying one month's rent for all 160 apartments in the NYCHA building she lived in."

The comedian wrote that he hopes his actions will encourage both New York City and state government officials to work towards a bigger and more effective solution for those who are struggling financially right now. "I know that's just a drop in the bucket," Che wrote. "So I really hope the city has a better plan for debt forgiveness for all the people in public housing, AT THE VERY LEAST." He also called out Mayor Bill de Blasio, Governor Andrew Cuomo, and Diddy to help "fix this!"

Earlier this month, the comedian revealed that his grandmother died due to complications from the coronavirus. "I'm obviously very hurt and angry that she had to go through all that pain alone," he wrote in a since-deleted Instagram post, per The Hollywood Reporter. "But I'm also happy that she's not in pain anymore. And I also feel guilty for feeling happy."

Adding that he's feeling "basically the whole gamut of complex feelings everybody else has losing someone very close and special," Che also revealed that he's frustrated by the lack of answers and guidance from government officials in the wake of the pandemic. "I don't know if I'll lose someone else to this virus. I don't know if I'll be lost to this virus. Who fucking knows?" he wrote. "I'm just frustrated because there's so much we still don't know about it, and I don't think we are getting the whole truth."

Che also managed to find a way to honor his late grandmother during Saturday Night Live's April 11 episode, which the cast filmed from their homes. "By the way, this is really fun. As you know, I lost my grandmother this week, and coming back to work really made me feel better," Che told his "Weekend Update" co-host, Colin Jost. After tricking Jost into doing one of their "joke swaps" — he said it was his grandmother's favorite bit on their segment — Che laughingly revealed that despite his success on the show, Martha never actually watched SNL.

"My grandmother has never seen this show," Che responded. "She woke up at like four a.m. to pray. You think she was watching Saturday Night Live? Never." Still, the comedian gave her one more shout-out while signing off for the week: "For 'Weekend Update,' I'm Martha's grandbaby!" Che said. Now, it seems like the comedian has definitely given her one more reason to be proud of everything he's accomplished.