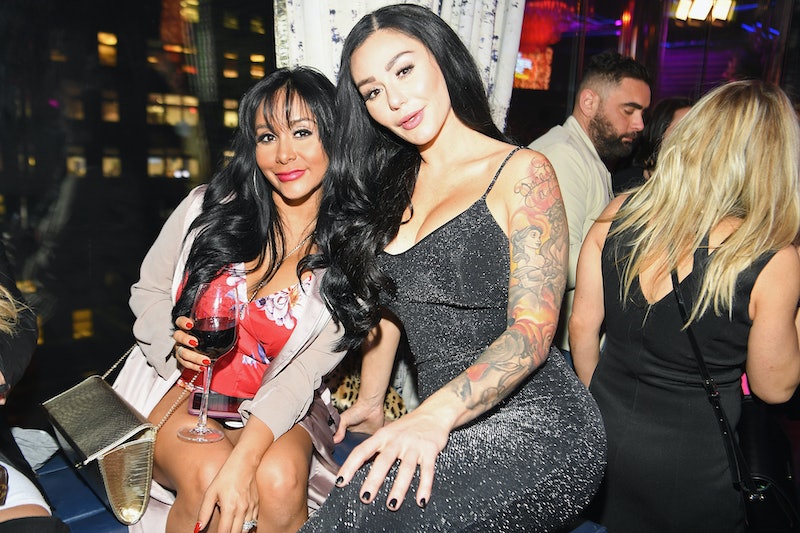 There's heartbreak at the Jersey Shore this week: Jenni "JWoww" Farley and Roger Mathews are getting a divorce after nearly three years of marriage, according to reports on Thursday. And there’s a third party whose heart is broken: Nicole “Snooki” Polizzi. She and Farley have been the best of friends since their early MTV days, and they're still going strong now on Jersey Shore: Family Vacation. On Thursday, Polizzi posted messages of support for her pal online after the news broke, and Snooki’s reaction to JWoww’s divorce will probably make fans a little emotional.

E! News posted an Instagram post featuring a photo of Farley and Polizzi, where the caption read, "If there's anything we've learned today, it's that our best friends are truly our soulmates." As pointed out by @CommentsByCelebs, Polizzi commented on the post: "Stop I’m crying.”

On that same day, Polizzi also posted an Instagram showing a screenshot of her and Farley from Jersey Shore: Family Vacation, with the caption: "We are forever my love.” And that post itself was a re-gram from Farley, who wrote in her caption: "If you don't fight with your best friend every now and then are you even best friends??!!" Honestly, no.

Polizzi's very sweet message is a reminder that love may fade, but your friends really are forever. That might sound cliche, but all cliches are based in truth, and Polizzi and Farley have been through it all together since the Jersey Shore first aired back in 2009, which is also when Farley and Mathews first met. The two of them have two children: 3-year-old daughter Meilani and 2-year-old son Greyson.

Farley and Mathews’ divorce was confirmed by Us Weekly on Thursday, Sept. 27. The outlet reportedly got a hold of the divorce filing from the couple. It stated that Farley filed the divorce proceedings on Sept. 12, citing “irreconcilable differences," and the official divorce complaint read:

"The Plaintiff and the Defendant have irreconcilable differences which have caused the breakdown of the marriage for a period of at least six months which make it appear that the marriage should be dissolved and that there is no prospect of reconciliation."

When Bustle reached out on Thursday, JWoww's rep had no comment.

Though Farley hasn't commented publicly about the split, her ex definitely has. Mathews has hope he can win Farley back, even though Farley already reportedly filed the papers. On Thursday, Mathews confirmed the news of the divorce in an Instagram video and said he planned to win his wife back:

OK, maybe he should back off for a bit with that attitude, since she's the one who apparently left him. At the end of the day, if they ever get back together, that should be her decision, too.

Regardless of what happens with Mathews, Farley has all the love in the world for Polizzi, and Polizzi is there to give it all right back. You know what they say: Don't fall in love at the Jersey Shore, but do find one of your forever best friends. Now you're crying just like Snooki.