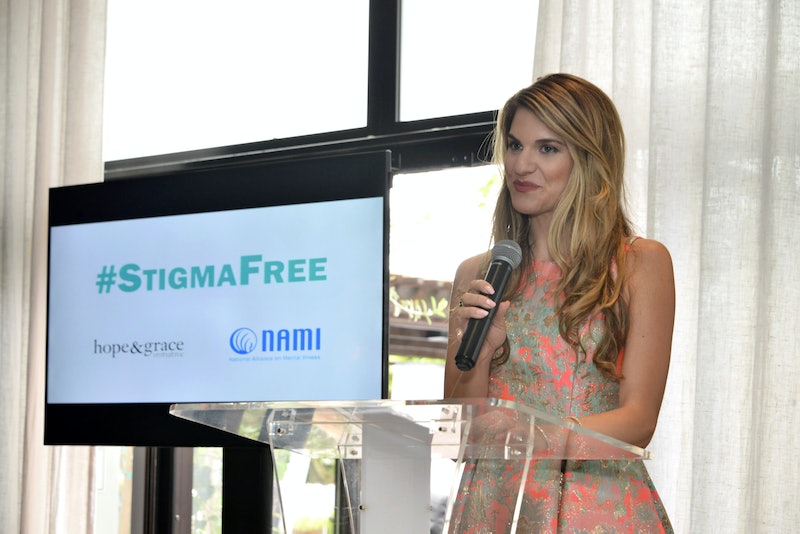 May is Mental Health Awareness Month, and every year, as the month marches along, our culture temporarily experiences an increased awareness of mental health issues — which typically come with an eagerness to address issues like stigma and struggles with untreated mental illness. One side effect of this eagerness is often an interest in regulatory and legislative solutions to complex issues of mental health. It's a nice thought — but often, these proposals are developed without any input from the mentally ill community, which often results in proposals that sound nice on paper, but in practice are harmful to the very people they supposedly set out to help. And they sometimes come with hidden kickers that may surprise the public, too.

For every genuinely positive policy like Affordable Care Act, which has clauses mandating mental health parity and equal access to treatment, there are a dozen that demonize mental illness and propose ideas that are counterproductive and sometimes even dangerous for mentally ill people.

I've rounded up some of the most pervasive problematic policy proposals — and alternatives that could offer real help for mentally ill people.

The Policy: Mandatory medication laws like Laura's Law in California and Kendra's Law in New York — usually named after tragic cases in which people with severe untreated mental illness committed crimes — allow a state or county to require people who meet specific criteria to receive medication and other outpatient treatment. These laws are often backed by family members and legislators as a solution to mental health issues. But they're dangerously disempowering for mentally ill people, and they don't actually solve the bigger mental health crisis.

Compelling people to get treatment by force of law doesn't necessarily mean that treatment will go well — and once someone meets the requirements set by the state, that person may return to an untreated state. Managing mental health conditions is complex and requires collaboration — something difficult to obtain when a patient feels cornered and trapped.

Providing crisis mental health services is also extremely expensive. If a state isn't providing a variety of early intervention and treatment programs, but is paying for a costly forced treatment law, it's effectively saying that they prefer to wait until people are in crisis before offering help. That's not efficient, and may promote harm — it's important to note that research shows chronic untreated depression can actually cause brain damage. The sooner someone is provided with effective, compassionate treatment, the better. Waiting until disaster strikes is inhumane.

Instead, Consider: Empowering mentally ill people to make their own decisions about the most appropriate treatment for their needs, including but not limited to medication (outside of emergent mental health crisis). Patients who play an active role in their care plan are more likely to adhere to it, according to a 2005 study in Therapeutics and Risk Management.

The Policy: Mental health settings are one of the few contexts in which a patient's personal information can be disclosed without notification or consent (in the case of situations where someone is deemed a harm to themselves or others). Some proposals aim to expand these exceptions more broadly, to allow wide-ranging nonconsensual access to a patient's medical records.

Many of these proposals are framed from the perspective that family members should have access to a patient's records in order to "help" them — but this can create an atmosphere of distrust and prevent the patient from receiving effective treatment. For example, a patient who doesn't know who might end up accessing privileged information may be more reticent to be frank with care providers.

Mentally ill people are autonomous human beings and they have a right to, and reasonable expectation of, privacy. Violating that privacy creates an inherent disadvantage and a dangerous power dynamic that may make people feel disempowered and hopeless — especially when access to medical records could be used for coercion, manipulation, or abuse.

Instead, consider: Making mentally ill family members and friends feel comfortable with approaching you when they need help, as well as working with them to develop their advance care directives and voluntarily determine who should have access to which information, and when. A trusting relationship is far more likely to lead to a productive outcome.

The Policy: Sometimes, disablist social policy makes for strange bedfellows, like the NRA and the disability community. It may seem controversial to target gun reform for criticism, but this isn't about the Second Amendment — it's actually about privacy and autonomy.

In reality, scores of studies clearly indicate that mentally ill people are less likely to be violent than sane people, and that they are more likely to be victims of violence. Yes, some mentally ill people with guns kill people, and that is a tragedy. Many sane people do it, too, however, and it's also a tragedy then. And guns laws targeting the mentally ill ignore the reality that violent behavior is far more often linked to other factors than it is mental illness. Targeting public health problems like this one requires understanding which actions will do the most good — and if you take guns out of the hands of every mentally ill person in America today, the epidemic of gun violence in this country will continue.

The second issue surrounds patient privacy and autonomy: How do you decide who is "too mentally ill" to own a gun? And how do you enforce such a ban? Any ban would require people to be listed on databases used in background checks, which means outing mentally ill people to anyone who can access those databases — and that's dangerous.

This issue came to the fore earlier this year when Congress voted to disapprove an Obama administration regulation that required the Social Security Administration to submit information about people who use representative payees to databases used in background checks. This vote was viewed by many as a vote against "keeping guns out of the hands of mentally ill people" and Congressional Republicans were roundly criticized for it.

However, the vast majority of mentally ill people in America — including people with severe mental illness — don't use representative payees. Representative payees act as legal financial proxies in the lives of people deemed "incompetent" to manage their financial affairs, who usually have developmental, cognitive, or intellectual disabilities.

The payee system itself is controversial in the disability community, but using it as grounds for discrimination is very troubling. Especially since the regulation would have required the Department of Health and Services to revise HIPAA — the privacy regulation protecting all patients in America — in order to accommodate the release of personal medical information.

And it's unclear how many, if any, gun crimes are actually committed by people who used representative payees at the time of the incident — no current research has indicated that this group is at greater risk of committing gun crimes than any other.

Instead, consider: Ending the ban on funding gun research to learn more about the origins and nature of gun violence. And comprehensive gun reform that limits the total number of guns in circulation, period, and bars assault weapons across the board. Such reform could include restrictions on ownership of certain weapons, mandatory comprehensive background checks, controls on ammunition sales, and required safety training and testing for gun owners.

The Policy: You may have heard people calling to "increase the number of beds" dedicated to mental health services in America, citing a critical bed shortage that makes it hard for people to access care. In mental health crisis, inpatient treatment saves lives — so adding more beds seems like a natural solution, right?

Or maybe not. Rather than asking how we can get more beds, we should instead ask why so many people are ending up in crisis in the first place — and if there are ways we could reduce or eliminate the bed shortage. Even in a perfect world, some people will absolutely need inpatient care and it offers tremendous benefits — but there's probably a way we can bring demand down with early, effective treatment.

It's also important to consider the role of forced institutionalization in the history of psychiatry. Historically, many mentally ill people were abandoned in institutions with inadequate treatment, and this legacy lingers. Some mentally ill people are wary of inpatient treatment, fearing that it may lead to an extended forced stay when they would rather be receiving supportive outpatient care and living in their communities.

Does involuntary commitment sound like a scary nightmare to you? Believe me, it also sounds scary to mentally ill people.

Instead, consider: Expanding access to early intervention and treatment. That means protecting and enforcing parity laws, ensuring that people can access mental health services when they need them, and reducing the stigma that makes people reluctant to seek treatment.

So why are so many policies proposed that are not grounded in research? One of the issues at work here (though certainly not the only one) is the popularity of making armchair diagnoses. The practice of assigning mental health diagnoses to people is a popular one in American society — and it's also a big problem. Diagnosing mental illnesses is a complex task requiring clinical experience and training, and even advanced clinicians get it wrong sometimes. A bad diagnosis can lead to years of struggling with the wrong treatments and failing to stabilize a mental illness.

When society is doing the diagnosing, it's not offering treatment — it is serving up mental health stigma. People engaging in armchair diagnosis often demonize mentally ill people in the process, assigning negative, dangerous, and hateful behavior to a mental health problem. This suggests that people believe mental illness causes people to be violent, cruel, bigoted, or dangerous, and that simply isn't the case.