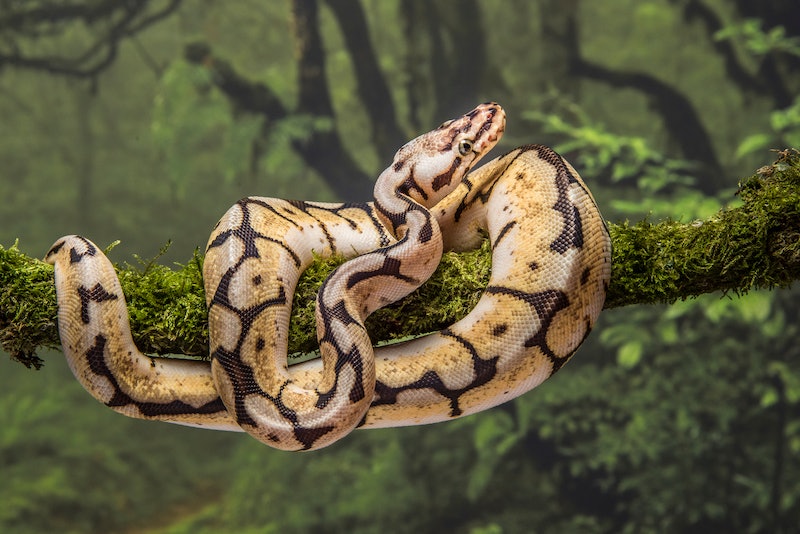 Are you ready for what is perhaps one of the strangest sentences you’ll read today? OK, well, someone abandoned 29 snakes around Valentine’s Day in the U.K. and the authorities are still searching for suspects. I’ll see your Tiger King and raise you a Snake Sherlock series that solves this serpentine mystery.

The first incident happened on Feb. 13: fire station workers in Sunderland, England found balled-up Buzz Lightyear bedding hiding 13 royal python snakes in a bin behind their station. The Royal Society for the Prevention of Cruelty to Animals (RSPCA) was called to relocate the snakes, each between two and four feet long. It’s unclear how long the snakes were left there though they were all cold and noticeably lethargic when authorities found them. While most of the recovered, one snake died at a local vet’s office.

As soon as the initial batch of snakes was taken care off, a second set of abandoned snakes was discovered in the exact same place. This time, there were a total of 16 abandoned snakes (one royal python and 15 corn sakes) left inside pink pillowcases taped shut. Authorities were left with the same questions I’m sure you’re asking right now: why two abandon another group of snakes in the same spot? Who is getting rid of this many snakes unnoticed? Why so much bedding as transport?! (OK, that last question was from me, not the authorities.)

Unfortunately, there isn’t any CCTV footage of the area behind the fire station where the snakes were left. The number and species of snakes found has led authorities to lean toward illegal snake trade or abandonment from a pet shop rather than from an individual owner. However, they still don’t have any suspects.

It isn’t unheard of to keep corn snakes or royal pythons, also known as ball pythons, as pets. Snakes are kept as pets in 400,000 homes across the UK, per the BBC. One 2013 survey estimates that 1.8 million households in the U.S. have reptiles are pets. (That number extends to snake, as well as frogs, turtles, lizards, and other reptiles.)

The RSPCA has seen a spike in animal cruelty cases since coronavirus-related lockdowns, as reported by Daily Mail. In addition to more common and cuddly pets like cats and dogs, animal abuse among snake species is equal cause for concern. Again, it isn’t clear where the 29 discovered snakes came from. Although, a spokesperson from the North East Reptile Rescue identified one of the snakes discovered as a spider morph — a yellow snake with fine black lines — which tend to be fairly expensive.

PETA is currently offering a £2,500 reward (about $3,114 US) for any information leading to the arrest of whoever abandoned the snakes. Snake Sherlock, we need you now more than ever.

More like this
Twitter Has *A Lot* To Say About The "Single Penalty”
By Sam Ramsden
What The UK Blocking Scotland’s Gender Recognition Bill Means
By Sam Ramsden
Watch Jacinda Arden’s Devastatingly Honest Resignation Speech
By Sam Ramsden
Here’s Where The NHS Nurses’ Strike Currently Stands
By Sophie McEvoy
Get Even More From Bustle — Sign Up For The Newsletter
From hair trends to relationship advice, our daily newsletter has everything you need to sound like a person who’s on TikTok, even if you aren’t.