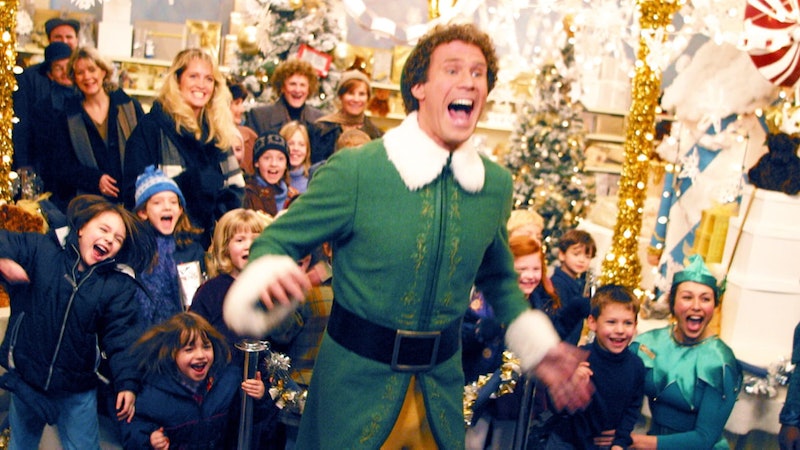 Ring Christmas bells, merrily sing, tell all the world... oh crap it's August what's happening? Well guys, the Yuletide season is actually underway. Believe it or not guys there are a mere 125 shopping days until Christmas. But Christmas isn't just about what Santa squeezes through the chimney. Nor is it about the turkey and/or nut roast. Heck no guys, it's also about first class entertainment brought straight into your living room where it belongs. So clear your diaries because the Sony Christmas channel is returning to UK screens September 10 2019, and it's got all the Christmas movies you've been waiting since December to re-watch for the twentieth time.

Formerly known as True Christmas, the station will show your favourite Christmas films 24/7 until January 2020. It will show all of the classics, as well as some newer festive numbers.

Classics like Elf, Home Alone, The Holiday, and then some will be blasting up the screen all hours of the day and night. Which might be heaven or hell to you, depending on your personal view on the Christmas films. Pretty 52 reports that they will also be premiering films that are totally new to the network like Holiday Road Trip, Silver Bells, and Christmas With The Kranks. So this is a perfect opportunity to fill up your festive boots with some content you've not yet enjoyed.

And if that's not enough, they will also be doing themed weekends through the months around Christmas. I know right? Shut the front door. As Pretty 52 reports, the special events will include 'Santa Sunday,' 'Christmas Comedy,' and 'Bah Humbug'. OMG yes to all of the above and then some.

And if you need even more to whet your Christmas appetite, the channel will also be showing a big old bag of emotional viewing daily at 7 p.m. So you will be able to weep at Christmas movies and feel all of the feels.

The Sony Movies channel will be available to watch 24/7 on Freeview 50, Sky 319, Virgin 424, and Freesat 303. All conveniently indoors. Which is where you'll want to be before throughout the festive period, obv.

However, if you're the type of person who wants to be outdoors and, shock, socialise then luckily there are a lot of exciting releases coming to IRL cinemas this Christmas season.

One of the most talked-about films of 2019 is the Christmassy AF and charming to the core film Last Christmas. A film co-written by Emma Thompson and produced by the incredible Paul Fieg who produced Bridesmaids and Freaks & Geeks. Which means you know it's going to be brilliant before you even hear all about its wonder. It is about a disaffected young woman working as a Christmas elf when a chance encounter with a handsome stranger changes everything. All of this set to George Michael's music. Including a previously unreleased song which will obvi send fans of Michael into complete and utter overdrive.

All of this excitement would almost make you wish it was Christmas time already am I right? Kind of? Nope, me neither.

More like this
Fabien Frankel Has History With 'Game Of Thrones' Emilia Clarke
By Sam Ramsden
The First Trailer For Zac Efron’s 'The Greatest Beer Run Ever' Is Action-Packed
By Charlotte Moore and Sam Ramsden
The Sean Bean Intimacy Coordinator Controversy, Explained
By Sam Ramsden
At 28, Lesley Manville Was Acting, Picketing, & Singing Kate Bush Songs
By Olivia-Anne Cleary
Get The Very Best Of Bustle/UK