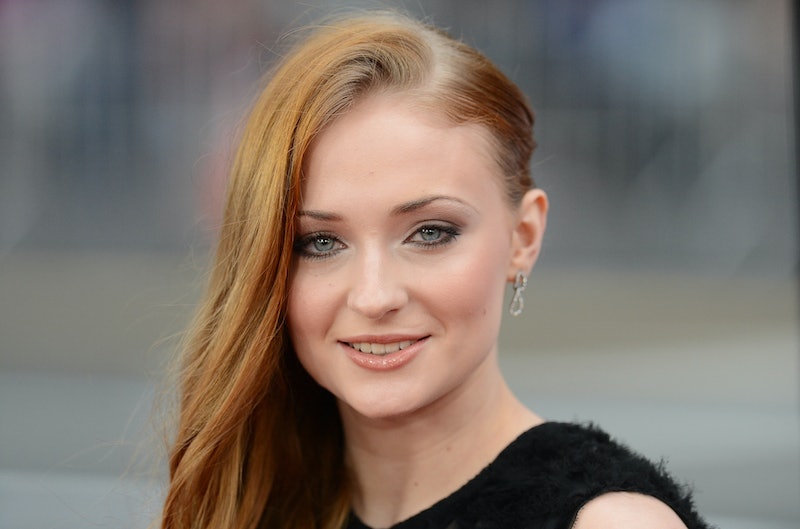 Over the past few years, more and more Hollywood actors have come forward to speak publicly about the gender pay gap in their industry. Female actors are demanding equal pay for equal work. One recent revelation surrounding pay in Hollywood involves Game of Throne's Sophie Turner and Kit Harington, whose pay gap is pretty significant, but the figures in this case are perhaps not as inflammatory as they first appear.

Turner recently featured as the cover star for the May 2019 UK edition of Harper's Bazaar, and, during her interview with the magazine, the actor explained that she has been paid less than Harington. Turner told Harper's: "Kit got more money than me," she said. However, she continued by saying: "[B]ut he had a bigger storyline. And for the last series, he had something crazy like 70 night shoots, and I didn't have that many. I was like, 'You know what... you keep that money.'"

The Daily Mail reports that Turner made £158,000 per week while working on GoT, and Harington had a pay rise from £357,000 to £537,000 per week. Bustle has reached out to HBO for comment on these figures, and I will update you if we hear anything back.

Turner has been involved in GoT since its inception in 2011, and has practically grown up on the show since. If you're a little out of the loop with GOT, the actor plays Sansa Stark — the second oldest of Ned Stark's children. Harington plays Ned Stark's illegitimate son Jon Snow.

While Turner thinks the the pay gap between her and Harington is fair in this case, there is still a problem within the media industry regarding the gender pay gap bias.

As Glamour reports, in the summer of 2018, more than 3,000 celebrities signed an open letter in an attempt to combat the gender pay bias in Hollywood. Among the signees were Ava DuVernay, Chrissy Metz, and Jane Fonda. The open letter came after a study by Working Ideal revealed that there was "an egregious wage gap for historically female-majority crafts including Production Coordinators, Assistant Production Coordinators, Art Department Coordinators, and Script Supervisors, that need[ed] to be brought to the attention of those in positions of power in order to remedy this inequity," as the people behind the letter (Reel Equality) wrote.

There have been a great numbers of revelations about high-profile female actors being paid less than their male counterparts over the past few years. For example, it was reported in 2018 that The Crown's Claire Foy, who plays the show's royal protagonist, was paid significantly less than co-star Matt Smith, who plays Prince Philip. As the Guardian reports, producers on the show said that the reason for the pay gap was due to Smith's fame from Doctor Who. However, news of the pay gap between Foy and Smith outraged fans and made headlines around the world. As Variety reports, as a result this uproar, producer Susan Mackie confirmed that "going forward, no one get paid more than the Queen."