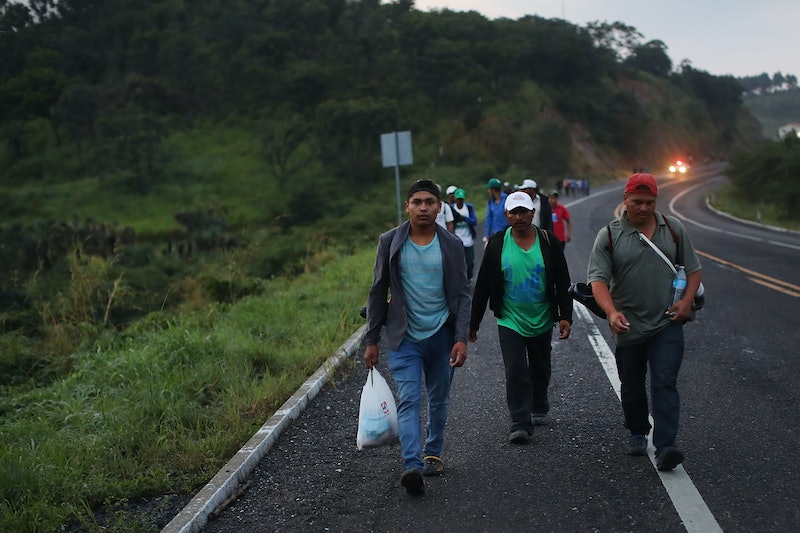 As 2018 comes to a close, the U.S. government is in the midst of a partial shutdown, thanks to President Trump's insistence on building a wall on America's southern border. Trump built his political career on the idea that America's southern border is dangerously porous and, likewise, that he's the only one who can fix that. But how many people actually enter America through the border that year? The government's statistics on border crossings can help shed some light on that question.

"I would build a great wall, and nobody builds walls better than me, believe me, and I’ll build them very inexpensively," Trump said when he announced his presidential run in 2015. "I will build a great great wall on our southern border and I’ll have Mexico pay for that wall."

Despite Trump's promise to bill Mexico for the wall, the Trump administration has asked Congress to allocate $25 billion of taxpayer money for the project. But Congress has refused, and so, in an attempt to force lawmakers' hands, Trump in December refused to sign any government funding bill without funding for a wall. Senate Democrats refused to approve such funding, though, and the government shut down. (Trump supporters, meanwhile, are attempting to crowdfund a wall on GoFundMe).

Note: CBP tracks border crossing statistics by "fiscal years," which begin in October the previous and end the following September. As a result, the below numbers reflect the period of time between October 2017 and September 2018.