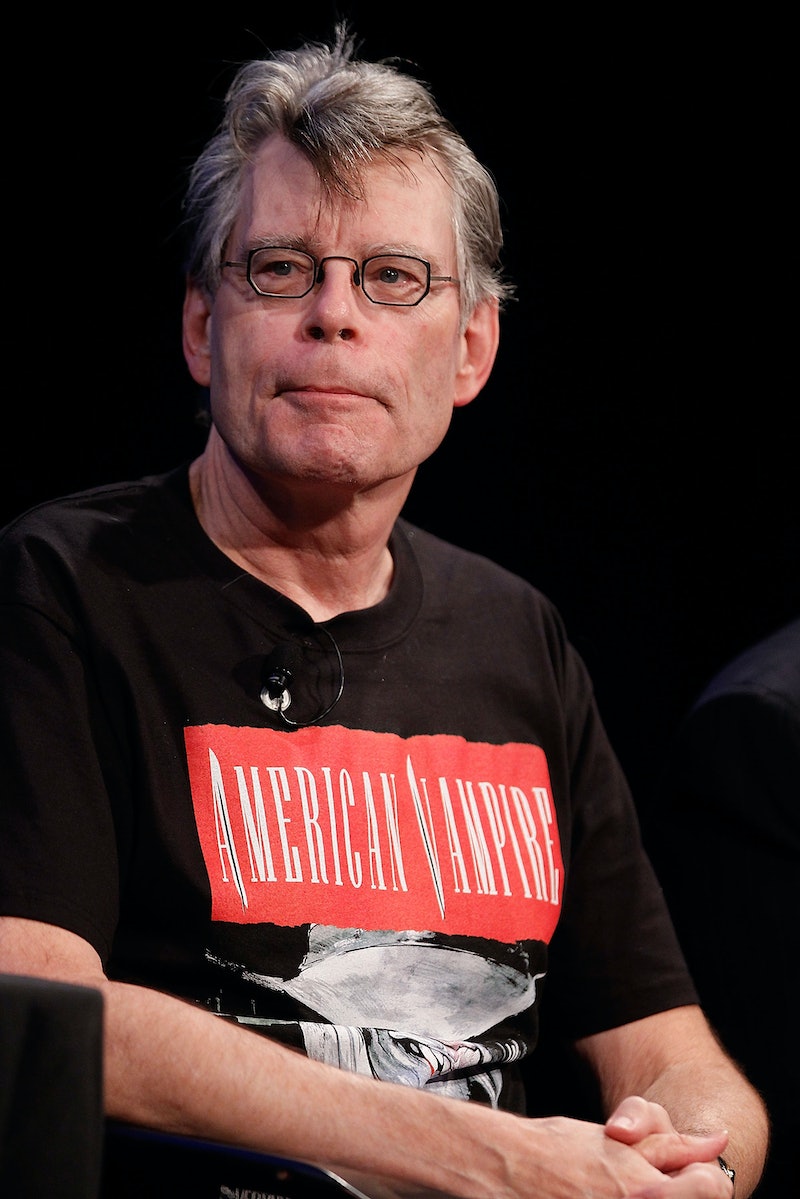 In a new essay for The Guardian, Stephen King compares Donald Trump to villains from his books, saying he "had written about such men before" the 45th U.S. President's rise to power. So which of his villains remind the Master of Horror of Trump? Greg Stillson from The Dead Zone and Big Jim Rennie from Under the Dome.

The Dead Zone centers on Johnny Smith, a young man who wakes from a coma to find that he has gained the ability to see a person's future by making physical contact with them. When he meets Stillson, a former Bible salesman and current up-and-coming politician, Johnny discovers that the congressman will start the Third World War if he becomes president. The revelation drives the Dead Zone hero's final mission: assassinate Stillson for the greater good.

In Under the Dome, car salesman and local bigwig Rennie flexes his big-turd/small-bowl muscles when a clear dome cuts off the town of Chester's Mill from the outside world. Placed with far too much power for a man of his sensibilities, Rennie manufactures shock events to maintain his authority in the closed-off town.

Stillson and Rennie bear enough of a resemblance to the current resident of the White House for me to flatter myself I have a country-fair understanding of how such men rise: first as a joke, then as a viable alternative to the status quo, and finally as elected officials who are headstrong, self-centered and inexperienced. Such men do not succeed to high office often, but when they do, the times are always troubled, the candidates in question charismatic, their proposed solutions to complex problems simple, straightforward and impractical.

This isn't the first time King has called Trump to the carpet over his outrageous politics. After the 45th POTUS tweeted a — by all accounts, false — claim that President Obama wiretapped him at Trump Tower, King lampooned Trump's absurdity in a tweet series of his own. A year earlier, in March 2016, King compared Trump to Stillson and Voldemort, writing:

In his Guardian piece, King goes on to create six fictional Trump voters to interview under the effects of a truth serum. The results are about as hilarious — and unfortunately believable — as you might expect. Read the interview in King's full essay here.

More like this
16 Novels That Paint A Realistic Portrait Of Abortion
By K.W. Colyard
'Bridgerton' Star Nicola Coughlan Confirms Season 3 Will Focus On Colin & Penelope
By Grace Wehniainen and Alyssa Lapid
The Time Traveler’s Wife Book Has A Heartbreaking Ending
By K.W. Colyard
The 'Conversations With Friends' Book Ending Will Leave You Wanting More
By Sophie McEvoy
Get Even More From Bustle — Sign Up For The Newsletter