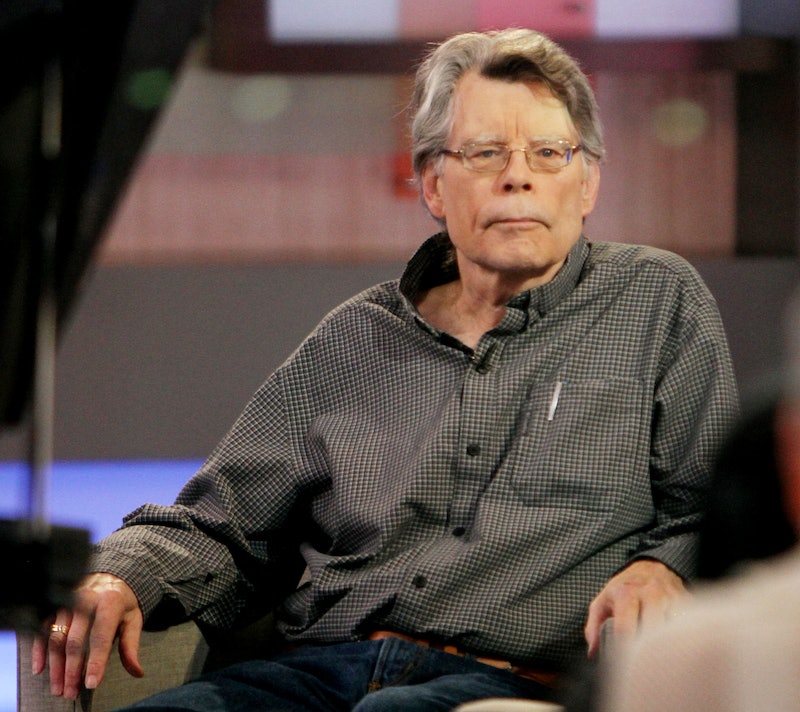 Imagine this: Stephen King, beloved author of horror classics such as It, Carrie and The Shining, wanders the halls of a blood red brick Victorian mansion. Outside, a wrought iron gate complete with a winged creature sits watch, and protects it from the rest of the world. Perhaps King finds his way to an office, takes a seat behind a wooden desk, and — with a fire crackling — begins to craft what can only be described as prime spooky season fare: a spine-chilling novel or haunting collection of short stories. It sounds like the optimal writing conditions, right? This is just what I imagine King's office looks like, but you can soon find out for real: King and his wife, Tabitha, are converting their famous home in Bangor, Maine into a non-profit museum and writer's retreat.

Rolling Stone reports that the Bangor City Council unanimously confirmed the Kings' proposal to rezone the home — they have lived there for four decades, but have recently spent more time in their other residences due to privacy concerns — in order to house King's archives. According to the proposal, there will be appointments available to scholars who request to study the materials. Another home next door, which the Kings have owned since 2004, will hold up to five writers in residence at a time.

King's work already has deep ties to the community in Bangor. In a 1983 essay entitled "A Novelist's Perspective on Bangor" the author relates his experience of writing the Bangor-inspired fictional setting of Derry, Maine for his book It (Derry would became the eventual setting for many of King's other works) and writes of his family's first experiences in their Bangor home:

"Of course we fell in love with the house we live in, and it has never disappointed us. Have we disappointed it? Disappointment probably isn’t the right word. I think it disapproved of us at first. The parlor seemed cold in a way that had little to do with temperature. The cat would not go into that room; the kids avoided it. My oldest son was convinced there were ghosts in the turret towers (that idea was probably more due to the Hardy Boys than to parental influence). Then one day about eight months after we moved in, I spied a rubber ball sitting in the middle of the parlor floor and felt a flicker of hope. Three nights later, a little platoon of toy soldiers was bivouacked on one end of the sofa. Hope grew. Near the end of that week, there was my wife, curled up on the same sofa, reading a Dorothy Sayers mystery with the cat in her lap. I thought that maybe the house had decided to accept us — tentatively, at first, on approval, you might say, but I believe that our mutual understanding and liking has since improved — we of it, it of us."

There is no information yet on when the King museum and writers retreat will be open, but here's hoping the house itself is ready to welcome a few new visitors.