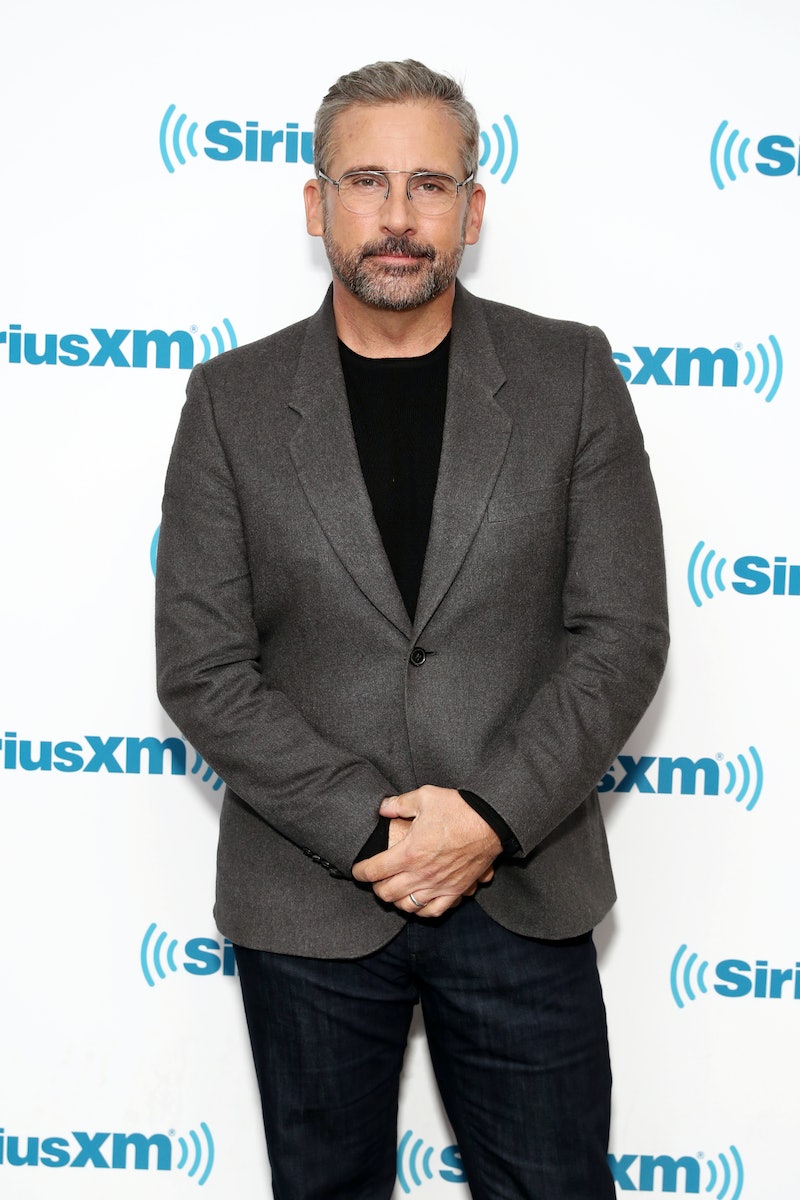 On Nov. 7, it was announced that Steve Carell will be hosting Saturday Night Live's Nov. 17 episode, marking the former Office star's third time headlining the long-running sketch comedy series, according to Deadline. Despite taking on the duty twice in the past, Carell has not appeared as the host on the show in over a decade with TV Line noting that his previous SNL stints occurred in October 2005 and May 2008. Singer The outlet notes that Ella Mai, whose debut album features the multi-platinum hit singles “Boo’d Up” and “Trip,” will join Carell, serving as the night's musical guest in her first appearance on the show.

SNL shared the exciting announcement in a Twitter post that featured a photo of three sticky notes displaying with the episode's date, along with Carell and Mai's names underneath.

Widely-known as a comedic actor due to the characters that he's played in films and televisions shows such as The Office, 40-Year-Old Virgin, and Anchorman, the 56-year-old actor has more recently been morphing his career from comedy to drama, starting with his appearance in the 2014 true crime drama film Foxcatcher. For his role as millionaire heir and convicted murderer John Eleuthère du Pont, Carell earned a nomination for the Golden Globe Award for Best Actor in a Motion Picture – Drama and for the Academy Award for Best Actor. Since then, he has appeared in more serious roles in films such as The Big Short and Battle of the Sexes, and currently stars in the biographical film Beautiful Boy.

While Carell has been largely successful in the dramatic film realm, the forthcoming SNL gig will most definitely be a welcomed return to the comedic roots of his career which he seems to be moving away from more and more these days.

Amidst his shift into the dramatic world, the Get Smart producer also recently revealed to Esquire his thoughts on the idea of an should be an Office reboot and shared his concerns about the show's humor not fitting into the modern day landscape. In the chat, Carell said he thinks The Office is possibly too offensive for the current times. During his discussion with Esquire, he shared that he often gets asked about The Office, which has now been off the air for more than five years. He explained,

“Because The Office is on Netflix and replaying, a lot more people have seen it recently. And I think because of that there’s been a resurgence in interest in the show and talk about bringing it back. But apart from the fact that I just don’t think that’s a good idea. It might be impossible to do that show today and have people accept it the way it was accepted ten years ago."

Reflecting on some of the Emmy Award-winning show's premise, Carell added:

"The climate’s different. I mean, the whole idea of that character, Michael Scott, so much of it was predicated on inappropriate behavior. I mean, he’s certainly not a model boss. A lot of what is depicted on that show is completely wrong-minded. That’s the point, you know? But I just don’t know how that would fly now."

With his SNL gig now right around the corner, it's safe to say that Carell is prepping to offer fans a lot of laughter when he returns to take the stage.