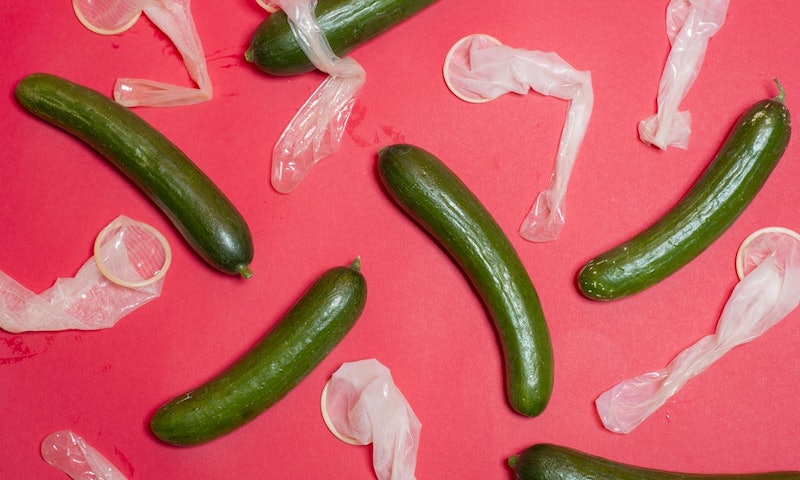 The CDC just released preliminary data on STI rates for 2017 — and the news isn’t great. For the fourth consecutive year, STI rates have sharply increased. And 2017 beat out 2016 for the record of the most diagnosed cases ever. While we know that there’s no shame in having an STI, no one likes to be sick and apparently a lot of people have been getting sick this year. So what’s going on? What’s behind these distressing STI numbers?

At a recent press conference about the issue, David Harvey, executive director of the National Coalition of STD Directors, posited that at least some of the blame goes to the fact that federal funding for STI prevention and control has dropped by 40 percent in the past 15 years.

"Here's a quote for members of the media," Harvey said at the press conference. "Ready? It is time that President Trump and Secretary Azar declare STDs in America a public health crisis."

Planned Parenthood also pointed to a lack of funding for education and services in a press release about the issue.

“These numbers make it clear that too many people aren’t getting the health care and education they need in order to keep themselves healthy,” said Dr. Gillian Dean, senior director of medical services at Planned Parenthood Federation of America, said in the press release. “No matter who you are or where you live, you should have access to regular STD screening and treatment, as well as accurate, nonjudgmental education about STDs and STD prevention. We need policymakers to invest in making STD testing and treatment more accessible for everyone, rather than less. It’s critical that people everywhere have regular access to preventive care and community services, both before and after health crises emerge.”

Dr. Tonya Chaffee, adolescent medicine physician in California and Faculty with Physicians for Reproductive Health, also has a few theories. The first one has to do with changes in recommendation for Pap screenings, which is the test for abnormal cells (read: the ones that cause cancer) on the cervix. Previously, it was recommended that women and other people with cervixes get a Pap screening once a year. But in 2012, the recommendation changed to once every three years, due to the fact that a large number of women were getting false positives that resulted in painful biopsies and potentially to pregnancy complications later in life.

“The side effect of those changes is that women were getting screened during their Pap,” Dr. Chaffee tells Bustle. “And now they’re not.”

Dr. Chaffee says that it’s possible that since many women were also screened for STIs during that annual exam, fewer women are being screened for STIs now that they’re not going to the gynecologist every year. The expectation was that primacy care providers would include STI screenings in their checkups, but it’s not clear that’s happening. That could be due to PCPs not knowing that they’re supposed to or due to discomfort that some providers have around talking about sex.

Another possibility? The increase in popularity of long acting reversible contraceptives, also known as LARCs. The most popular LARC currently — and the one that most providers are recommending — is the IUD. IUDs are more than 99.9 percent effective and don’t rely on the individual to do anything other than make the appointment to get it inserted. (And deal with the pain that comes with that, of course.)

Dr. Chaffee points out that we’re seeing a decrease in unplanned pregnancies at the same time as we’re seeing an increase in STI rates. She suggests that, since women don’t have to come in as often for screenings as they did when they were using other forms of birth control, they’re being screened less often. There’s also anecdotal evidence — but no official research yet — that women who use LARCs are less likely to use condoms than those who use other forms of birth control.

But the biggest increases in STI rates are in men who have sex with men (MSM). According to the CDC report, gonorrhea diagnoses have nearly doubled in MSM and syphilis rates are up 76 percent since 2016. And while, again, there’s no official research yet, there’s one big change to the scene that most people point to when talking about the increase in STIs in MSM: PrEP.

PrEP stands for pre-exposure prophylaxis and it’s a pill you can take every day that protects you from getting HIV. It was released in 2012 and has been rapidly gaining in popularity and acceptance, particularly among gay white men. Dr. Chaffee says that, yes, it’s possible that MSM who are on PrEP aren’t using condoms anymore, now that the threat of HIV has been neutralized. But she also points out that people on PrEP go to the doctor’s office a lot more than those who don’t — and that very will could be affecting rates.

“Sometimes when you are increasing your screening of a population, you’re going to get an initial bounce up — and then you’ll see a drop,” Dr. Chaffee says. “One of the things that happens with PrEP is that to be on it, you have to be seen every three months. So you’re going to be screened a lot more than if you weren’t on PrEP. It’s hard to say exactly if this is just because of rates rising or are we actually at a place where the healthcare community is screening a lot more so we’re getting these positives right now.”

Dr. Chaffee screens everyone who’s old enough to potentially be having sex, in order to avoid some of the stigma around STI screening. It’s a smart move — but not many health care providers make it. So what can individuals do? Simple: Get tested. Make sure your partner is or partners are getting tested, too. And if you come back with a positive? Don’t freak out. There’s no shame in a positive STI diagnosis, but you do want to get it treated ASAP.

More like this
Are Gemini & Leo Compatible In A Relationship?
By Kristine Fellizar
Plan C Vs. Plan B: What's The Difference?
By Lexi Inks
35 Sexy Texts To Send Your Partner
By Griffin Wynne and Carolyn Steber
What Are Swingers? Everything You Need To Know
By Lexi Inks
Get Even More From Bustle — Sign Up For The Newsletter