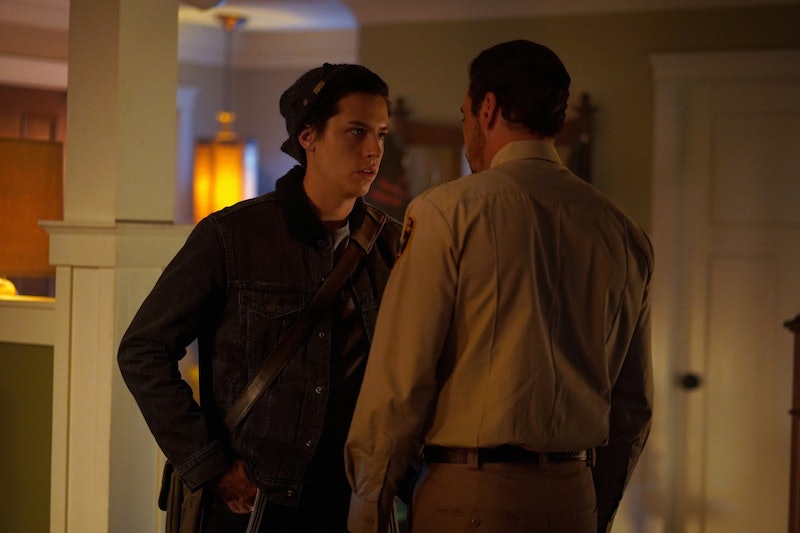 From its moody, scandal-prone teens to its distinctive Northside/Southside divide, Riverdale has long drawn comparisons to Gossip Girl — and in Season 4, Jughead's new school Stonewall Prep will push him even further towards becoming the CW's next Dan Humphrey. As the brooding narrator, he's already an outside observer in the town, but at Stonewall he'll get the full Lonely Boy experience complete with a prep school blazer. There's even a Jenny to his Dan, now that his little sister Jellybean is back in town. Let's just hope that Jug continues to channel his writing into novels and newspaper articles rather than a toxic blog persona.

Fans first learned of Stonewall Prep during San Diego Comic-Con in July, when Riverdale star Cole Sprouse revealed that Season 4 will see Jughead "whisked away on a scholarship to a very sort of Gossip Girl, Upper East Side [school]," per Entertainment Tonight. Sprouse described the school as a "preppy, pretentious, Richie Rich, silver spoon" type place, and said Jughead is going to be "the new blood."

Beyond the Gossip Girl connection, Stonewall is likely a loose adaptation of Pembrooke Academy the private school that Cheryl and Jason Blossom attend in the Archie comics that Riverdale is based on. Cartoonist Bob Montana based Riverdale High on Haverhill High in Massachusetts, so perhaps a prep school in the New England area also inspired Stonewall. In the show, "Pembrooke" is the name of the apartment building where Veronica and Hermione Lodge moved at the beginning of the series, so the Riverdale writers likely chose "Stonewall" to avoid confusion.

Like all things on Riverdale, though, there's more happening at Stonewall than meets the eye: according to an official CW description (via TVLine), "there's a darkness hidden far beneath the surface," particularly when it comes to the professor — Mr. Chipping (Sam Witwer) — who takes an interest in Jug. Surprise, surprise, this scholarship isn't just about giving the young misanthrope a challenging education in his senior year. There's no way that a student on Riverdale would be lured to a new school without there being some kind of sinister ulterior motive.

"One of the biggest mysteries of the season is kind of centered around Jughead at the new school," creator Roberto Aguirre-Sacasa teased at SDCC, per E!

In the trailer for Season 4 (below), Jughead meets a student named Brett Weston Wallis, whose name is an obvious play on American Psycho author Bret Easton Ellis. The dark satire about wealth and murder didn't take place at a prep school, but may be another inspiration for this Stonewall Prep storyline, if the reference in Brett's name is any indication. Aquirre-Sacasa, who adapted American Psycho into a musical that premiered on Broadway in 2016, is certainly familiar with the material.

But whether Jug's experience at Stonewall is as bloody as American Psycho or as elite as Gossip Girl, at least this new school will provide good material for his writing career. He's witnessed the lower end of the scholastic hierarchy with Southside High, practically ran things at Riverdale High, and now has a chance to experience how the other half lives as an outsider at Stonewall. Provided that Jughead makes it out of Season 4 alive, his future novel about the American class divide will practically write itself.