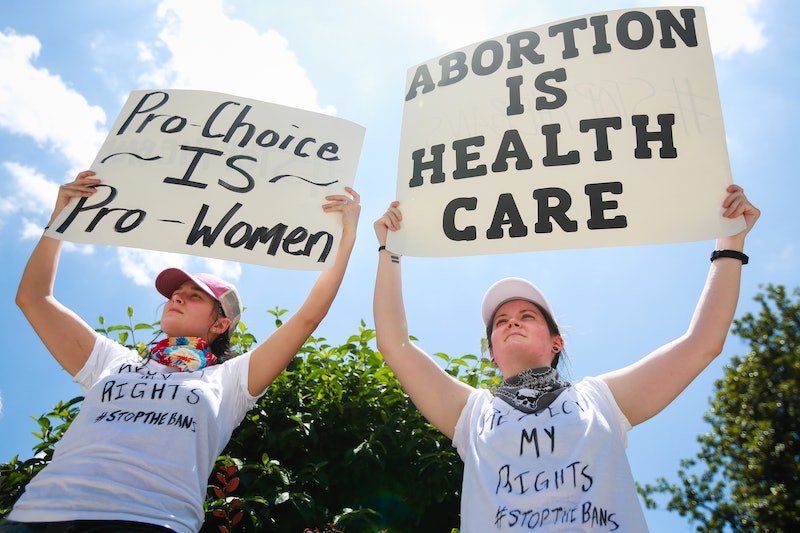 Outraged at the recent flurry of extreme anti-abortion laws, reproductive rights activists protested across the country on Tuesday, CNN reports. Demonstrations were planned for almost all 50 states, according to the organizers' website, and photos from the "Stop The Bans" rally show how people are uniting to fight for abortion rights.

"Across the country, we are seeing a new wave of extreme bans on abortion, stripping away reproductive freedom and representing an all-out assault on abortion access," the #StopTheBans organizers wrote on the campaign's website. "This is Trump’s anti-choice movement… and it’s terrifying, particularly for women of color and low-income women who are most affected by these bans."

All of those laws are being challenged in court, however, and as the #StopTheBans organizers noted, experts have said that restrictions on abortion access disproportionately hurt women of color and low-income women.

"We will show up to speak out and fight back against this unconstitutional attempt to gut Roe and punish women," the organizers wrote on the campaign's website. "Politicians shouldn't be making decisions best left to women, their families, and their doctors. Together we say: Stop the bans."