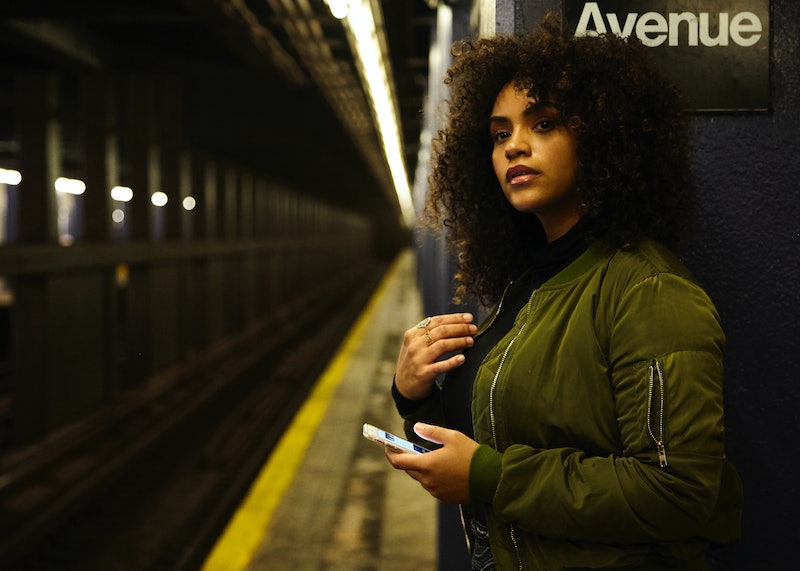 You've probably turned to the internet at some point to figure out if rour health symptoms warrant a visit to the doctor. Do I have a cold or allergies? Do I have food poisoning? Or maybe you've asked the infamous, “What causes green poop?” But it turns out the most Googled health symptom in the United States is stress, the Chicago Tribune reports. According to a study published by Medicare review site MedicareHealthPlans.com stress was the biggest concern in one-fifth of the states. And poor New Jersey seems to have it the worst out of all the states. According to FastCompany, New Jersey ranked the most stressed out state based on U.S. Census Bureau data.

According to TIME, a 2017 Gallup pool found that eight out of 10 Americans say they’re stressed, and the American Psychology Association says the top three things they're stressed about is the uncertainty of the nation’s future, money, and work.

“Stress is a direct result of negative emotions that are out of control,” Elaine Sanders, a stress consultant and life coach, told TIME. “It doesn’t matter what triggers those emotions — whether it be pressure from a superior, a difficult colleague or time pressure.”

The Centers for Disease Control and Prevention (CDC) says there are healthy ways to deal with stress so it doesn’t prevent you from living your best life. If you’re starting to feel stressed out, the CDC recommends taking some time for yourself to take a break. Talk to a trusted person in your life, says the CDC, to share what’s stressing you out, like a family member, friend, doctor, counselor, or pastor. The CDC also recommends making sure you’re getting enough sleep and that you’re eating well-balanced meals as much as you're able

You can also try to be more mindful of how you react to stress, CNBC reports. Like if you normally grab some takeout and watch Netflix after a long, stressful day, says CNBC, consider getting in some exercise or going for a walk instead to release some endorphins to help manage your stress. Taking a few minutes at the start or end of each day to just be still and breathe might help calm your nervous system, CNBC recommends. If you’re able, try to shift your mindset to view stress as a challenge, says CNBC, so you feel more in control of the stress in your life.

According the Harvard Business Review, American workers tend to “grind through” their workloads and then temporarily destress with short vacations, but that’s not addressing the underlying problems causing all that stress to begin with. HBR’s research shows that challenging yourself intellectually by picking up a new skill can actually offset stress because it makes us feel competent, self-efficient, and it gives us purpose. When we’re learning something new, says HBR, we no longer feel stuck anymore. HBR echoes CNBC’s recommendation about reframing what’s stressing you out from something stressful to something challenging as a great way to start this process.

These Google search trends may show that Americans continue to experience a significant level of stress, but there are healthy ways to manage that stress. With the right tools, it's possible to keep from being overwhelmed by stress and live a little more carefree.