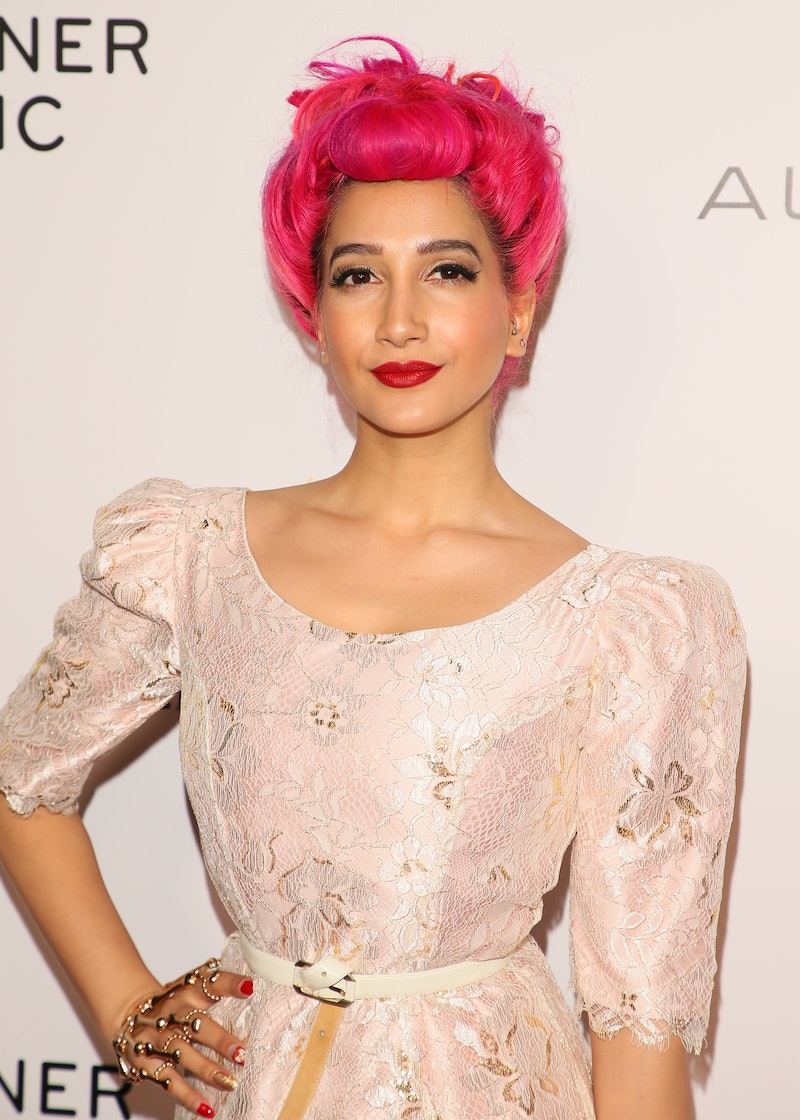 Burlesque dancing only became legal in Singapore in 2015, thanks in large part to Sukki, who campaigned for years to make it happen. According to Mashable, she taught lessons advertised as "yoga workshops" and hired a bouncer to guard the door, as well as started a Facebook page for other Singaporeans to talk openly about Burlesque. In addition to her performances, she also serves as a global ambassador for The Sharan Project, a UK-based nonprofit organization that provides support and advice for South Asian women confronting health, housing, employment, education, financial, and legal issues.

Outside of Singapore Social, Sukki is very active on both Twitter and Instagram, where she often shares photos of both her work and personal life. They reveal more about what she does when the cameras aren't rolling and give a better picture of who she is and what she values.

As she shared in a recent Instagram post showcasing a trip to her family home in Kerala, India, Sukki's dad is a first-generation Singaporean whose parents, Sukki's grandparents, moved over from India before he was born. Her mother is British, and Sukki considers herself proudly Eurasian and connected to every facet of her heritage. "As a fourth generation Indian, I feel a great sense of pride and belonging looking over the Malayali skyline," she wrote in the caption. "Proud that my family made Singapore their home, and brought such beautiful മലയാളം wealth into my Singaporean culture."

On Oct. 31, Sukki posted a photo of herself with two of her nieces, writing, "Aunty time with my little cuties. So proud of your classical dance talents baby girls!" Sukki's hectic schedule means quality time like this likely doesn't happen as often as she'd like, but it's clear she cherishes it when it does.

This isn't really a surprise given her work with The Sharan Project, but Sukki often posts inspirational postcards on her Instagram page about supporting women. Given how rampant misogyny still is in many parts of the world, having someone be so outspoken in the fight against it is really moving to see and could help encourage her 200,000 followers to follow in her footsteps.

Many of Sukki's Instagram photos show her on planes heading to another glamorous international location. Her career as a burlesque dancer and activist definitely keeps her busy, and she spends much of her time visiting places like Cyprus, India, the UK, the U.S., and many more.

She Takes Her Fitness Seriously

Despite the fact that she's always busy, Sukki makes sure to get in her workouts, which she sometimes posts videos of on her Instagram page. Just before she boarded a plane in July 2018, she was still working out. "Working on some early morning cardio with my UK PT @jasonelliott_strengthwellness right up until my flight 💪🏽 - sometimes you have to place function over form to get that HIT. Especially on 5am starts...!!!" she wrote.

If you want to learn more about Sukki while you wait for news about Singapore Social Season 2, Instagram is the place to do it.