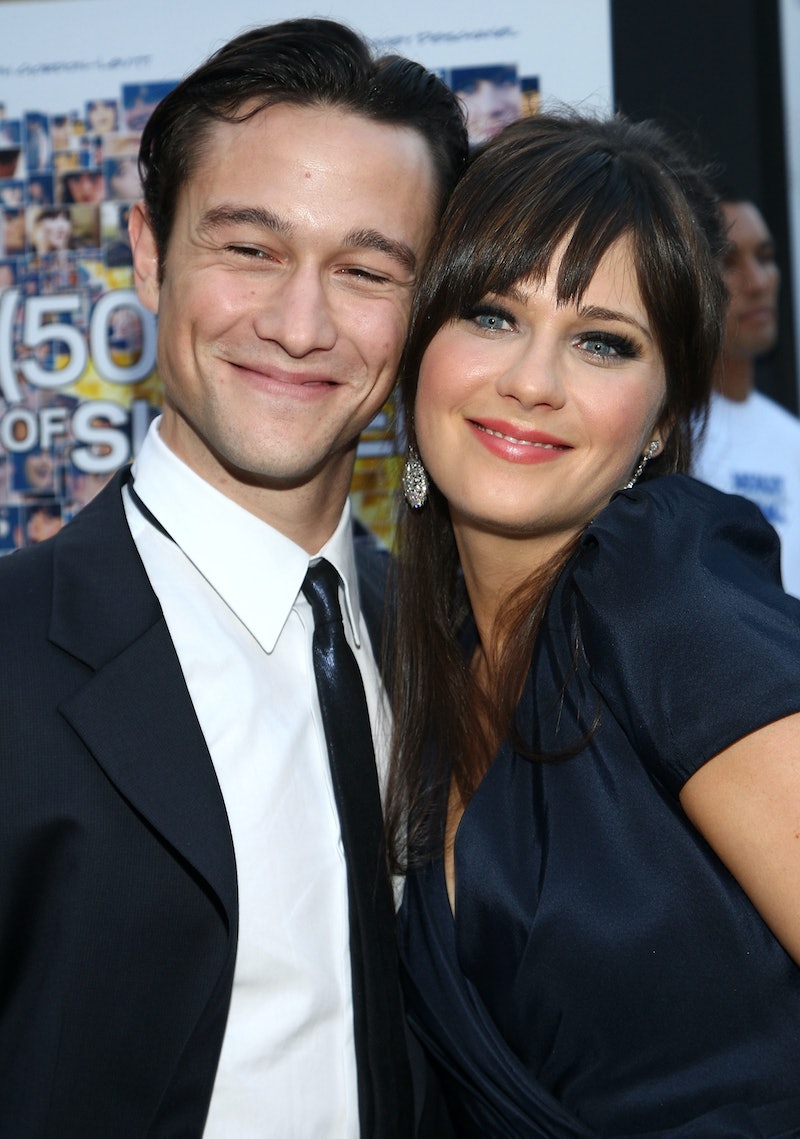 This movie night was for the latest issue of Entertainment Weekly, which celebrates rom-coms in honor of Valentine's Day. And almost immediately into their viewing the two stars started talking about how a lot of people see Summer Finn as the film's bad guy.

"It is 100 percent from Tom’s point of view, which we’ve talked about before," Deschanel said in the EW feature, "but it’s one thing people very much misunderstand about the movie." Because the movie is told through Tom's narration, or Tom's voice, Deschanel points out, that viewers tend to side with him. "We all think that our perspective is authoritative," Gordon Levitt said, "and Tom thinks that his perspective is authoritative. But life’s actually a lot more subjective than that."

While Deschanel likes the fact that it's from Tom's POV, she thinks that you can't overlook the fact that "the moment she starts expressing herself — the moment she starts being like, 'Okay, I can trust you, I’ll tell you about myself' — the voiceover drowns her out." "And starts talking about Tom!" Gordon Levitt added. "If that voice is Tom’s voice, that means that while Summer is telling him about her dream, he is just thinking about how special he is."

It's true, we don't always hear what Summer's telling Tom, but, also, let's be honest, we actually do. It's Tom who isn't listening. Summer is nothing but straightforward about her intentions at that office karaoke night when she tells Tom she would rather be “free and independent" and wasn't "comfortable being anyone's girlfriend."

It's why Deschanel is still a little puzzled by all the hate aimed at her character. "I’m just so surprised when women will be like, 'I hated your character in that movie!' I’m like, really? She said everything from the beginning!" Deschanel told EW. "But I think it’s also a testament to how, like, adorable you are in the movie. Everyone’s like, “What?! Why would you turn him down? He’s so cute!”

While JGL is still cute, in the years since the movie many have taken a closer look at Tom, finding problems that we all may have overlooked a decade ago. While Pajiba made the case (500) Days of Summer is a case of "bad writing," Buzzfeed decided that Tom is "actually, the worst." Even Gordon Levitt thinks that we all need to reassess our feelings about Tom.

"Watch it again," the star wrote in response to a fan who said they "still haven’t forgiven Zooey Deschanel for what she did to Joseph Gordon-Levitt." "It’s mostly Tom’s fault." He then laid out why Tom wasn't such a great boyfriend: "He’s projecting. He’s not listening. He’s selfish. Luckily he grows by the end."

During the EW rewatch, Gordon Levitt even suggested that others should also give the movie, which is a semi-autobiographical take on co-writer Scott Neustadter’s life, another shot. This time with a new set of eyes. "I think a really actually fun thing to do is try to watch it and just put yourself in Summer’s shoes the whole time," he said.

Over 3,650 days have passed since 500 Days Of Summer was in theaters, and it seems about time that Summer got a chance to tell her own story.