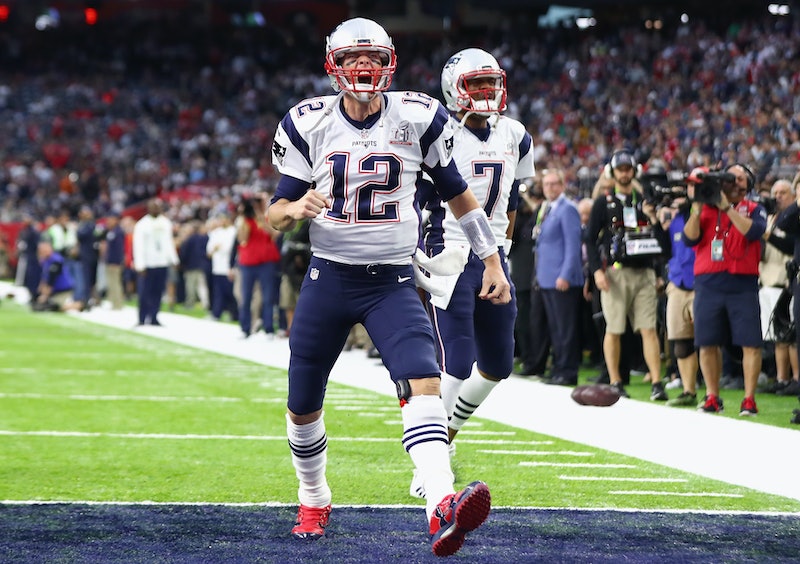 The most-watched television event in the United States arrived on Sunday evening: the Super Bowl.Millions upon millions of Americans got together with family and friends to eat pizza and chicken wings, make bets, tune in for the funniest or most controversial commercials, and watch Lady Gaga’s halftime show performance. Oh,and some people also wanted to see the New England Patriots and Atlanta Falcons compete for a trophy. With so many people watching one event, Super Bowl memes and jokes inevitably flooded the internet.

The hashtags #SuperBowl and #Falcons, as well as the terms “Gaga” and “Patriots,” had each been tweeted over half a million times before the game had even started. President Trump stirred the pot during an interview with Bill O’ Reilly preceding the pregame by predicting that the Patriots would beat their rivals by eight points. Speculation of what to expect from Lady Gaga’s performance — with conservatives like Tomi Lahren begging her to keep it politics-free and Katy Perry/Gaga fans ready to keep the artists’ “feud” alive —was rife.

There was no shortage of material for everyone ready to keep up with the night’s action on Twitter and Facebook. And, sure enough, the internet did not disappoint.

But we'll give him a break.

How could this American tragedy go unmentioned?

This would be an understandable choice. But, to be fair, he was actually in the hospital during Trump's swearing in.

Executive order memes continued to prove their awesomeness throughout the game.

We all know they're coming.

The Patriots didn't get off to a great start, trailing the Falcons by 14 points one hour into the game. Being behind was not a common occurrence for this team.

Patriots fans had to be suffering throughout the game.

14. How Do People Make These So Fast?

Video editing in the middle of the game?

Gaga being an overachiever again.

The Tom-deflating-balls jokes are just too funny.

21. When Things Started Turning Around

The Patriots' comeback got everybody all tense.

People are way too creative.

You should never get comfortable just because you're in the lead.

The 2017 Super Bowl definitely served up the jokes. Hopefully next year will be just as satisfying.