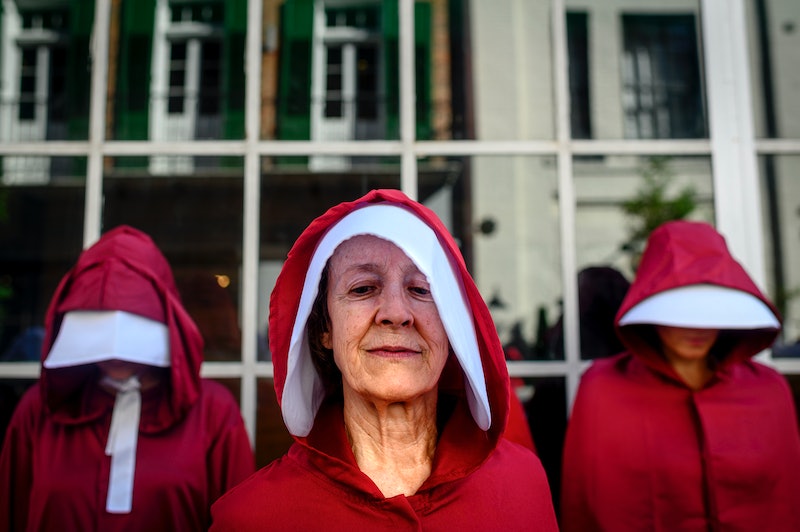 On Wednesday morning the Supreme Court heard arguments for June Medical Services v. Russo, an abortion case that would leave Louisiana with just one abortion clinic. (Opponents of the law argue it would shutter that last clinic as well.) The law requires all abortion clinics in Louisiana to have admitting privileges to a hospital within 30 miles. Affirming the law would overturn a precedent set by a 2016 decision on Whole Woman's Health v. Hellerstedt, which found a nearly identical Texas law to be unconstitutional. It could also open the door for anti-abortion advocates to unleash a bevy of similar laws across the country. SCOTUS, whose makeup has shifted since the 2016 decision with the addition of Justices Neil Gorsuch and Brett Kavanaugh, will release its decision by the term's end in June.

Hope Medical Group is one of the three vulnerable clinics in Louisiana. According to Merritt Rebouché, the clinic's director of patient advocacy, the stalled law has already affected patients. Rebouché talked to Bustle about disinformation, maternal mortality, and the effects of capitalism.

Where are most of your patients from?

We're in Shreveport, Louisiana. We serve patients across the Ark-La-Tex [region], so we have patients who come from about a 200-mile radius around us. We also see patients from Alabama, Mississippi, Oklahoma, and Georgia.

Why is it so difficult for providers to get admitting privileges?

Hospitals are money-driven organizations, whether they're for-profit or nonprofit. They're not going to invest in something that's not giving their hospital income. Abortion is safe. So why would you give admitting privileges to a doctor who's not going to be sending you patients?

Aren't admitting privileges substantiated by or supported by medicine?

No, not in any way. These laws are not informed by doctors. Abortion is one of the safest medical procedures. There's less than a 1% hospitalization rate. You can get LASIK [eye surgery] from someone who doesn't have admitting privileges. You can get your wisdom teeth removed by someone who doesn't have admitting privileges, which has a much higher complication rate. Lawmakers simply want to restrict abortion access.

One of the physicians at Hope Medical Group does have admitting privileges, correct?

Yes. This doctor has admitting privileges because they are an OB-GYN in a private practice, [which has different] hospitalization rates.

Because that physician has admitting privileges, Hope Medical Group could stay open if the law takes effect. It would be the last abortion clinic in the state. Recent reports have said that the clinic might still close. Why is that?

The physician with admitting privileges has stated previously that they do not want to be the only provider [in the state] due to threats that they've already seen toward their safety. They've been doing this work for over 30 years.

What impact would this law have on patients?

Louisiana is an economically depressed state [with] little social safety net. If there were no clinics, people would be forced to drive farther. More people would be forced into birth. Louisiana has one of the highest maternal mortality rates in the country, and black women die at rates four times higher than white women in our state. These are communities in need. It'll have a ripple effect.

How have other Louisiana restrictions affected patients?

All of the six- or 15-week bans have created confusion. We get calls every single day from folks asking if abortion is still legal: "How can I get my abortion? Is it still legal if my pregnancy has a 'heartbeat'?" At six or eight weeks, there is no heart. There is just tissue that has begun to be differentiated. This confusion means folks may not seek our services until later and may miss their opportunities to [do so].

Is there anything else you'd like people to know?

It's galling to me the extent that we disregard agency. We devalue health care. Ultimately, abortion is still going to be accessible for the rich no matter what. The most vulnerable are going to be the most impacted by these laws.