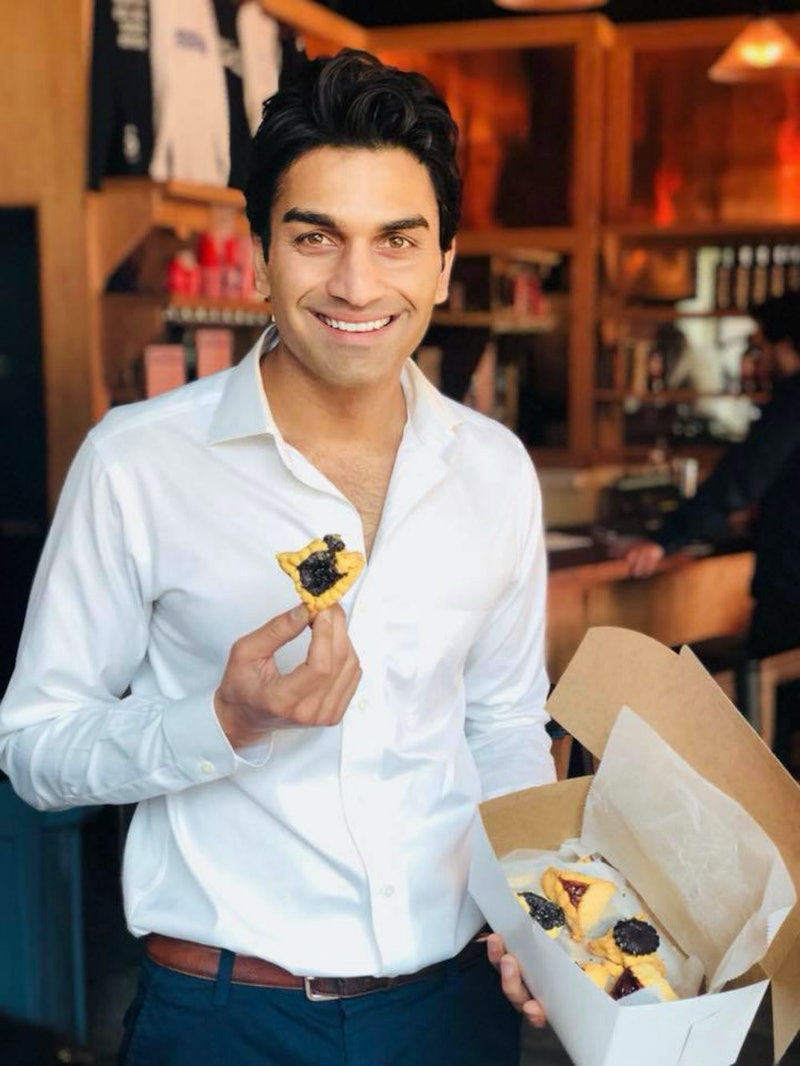 If politicians stand anywhere near sex workers, they’re usually stepping on their backs — not standing next to them. But, this year, there’s one politician who is standing side by side with sex workers and saying, “Enough is enough.” His name is Suraj Patel and he’s running for Congress in the 12th Congressional District of New York, which includes much of the east side of Manhattan, the upper west part of Brooklyn, and parts of western Queens. He’s one of very few politicians taking a (potentially risky) pro-sex worker, anti-SESTA/FOSTA stance.

“If not here — if not in one of the most progressive, educated districts in America — if we’re not doing it from here, how can we expect someone from elsewhere to lead?” Patel tells Bustle. “Who are we waiting for?”

Like many people outside the sex work community, Patel hadn’t actually heard of SESTA/FOSTA until it passed in April. The law — which stands for Stop Enabling Sex Traffickers Act (SESTA) and Allow States and Victims to Fight Online Sex Trafficking Act (FOSTA) — was sponsored by Republican Senator Rob Portman. The stated intent was to stop sex trafficking online. The result, however, is a hastily written, sloppy law that experts say may actually increase trafficking and make it more difficult to prosecute traffickers. It has also had an immediate negative effect on consensual sex workers, who have seen their online resources for connecting with and screening clients disappear.

“SESTA passed six weeks ago,” Lola Balcon, community organizer with Survivors Against SESTA, tells Bustle. “Within minutes of the bill passing, the first site shut down. Since then, 20 or 30 other sites have either shut down, changed their terms of service, or removed people from their platform. Basically sex workers have lost their access to safe sources of income. They’re still doing sex work, just in a lot less safe conditions.”

Patel, 34, never planned on running for Congress. But when Trump was elected, this NYU business ethics professor decided that it was time to take a public stand. When he first heard about FOSTA/SESTA after a group of sex workers reached out to him, he did a deep dive into the issue. He spent weeks talking to sex workers, trafficking survivors, anti-trafficking groups, and other affected communities in order to understand how the law was affecting people’s lives. In other words, he did what the politicians who voted on this bill should have done.

"So many women — especially women of color and trans women — are being harmed by this."

“What Congress should have done, we will do on this campaign,” Patel says. “Eventually it got to the point where we were like, you know what? This is the right thing to do. So many people in my district are affected by this. And so many women — especially women of color and trans women — are being harmed by this.”

So instead of ignoring the estimated 10,000 to 20,000 sex workers in his district, Patel decided to take a public stance by standing with them. While he says he’s not ready to go so far as decriminalization — a big goal for many sex worker advocates — he is clear about his opposition to SESTA/FOSTA. Rather than viewing sex work as a stand alone issue, Patel recognizes that it’s intersectional, covering immigration, homelessness, LGBTQIA communities, poverty, women, and labor rights. He sees SESTA/FOSTA as another way for politicians to check the “tough on crime” box. He also links it to increased mass incarceration and surveillance of black and brown communities, both of which are big issues for his campaign.

When asked why he’s decided to take this potentially controversial stance, Patel is clear about his choice.

“At the end of the day, it’s the right thing to do,” Patel says. “This has caused a lot of harm. Women are actually dying and being hurt physically as a result of a law that’s supposed to help them. If we have the power to reduce harm in this country, we have the obligation to do so. I’m there for that first step.”

In order to show his support — and to continue the process of listening to the sex work community — Patel is hosting a Town Hall in partnership with sex worker advocacy groups GLITS, GMHC and WOMANKIND in New York City.

“The first half is going to be a panel with two LGBTQ organizations, as well as another organization that works on gender-based violence. The second half is going to be a town hall, where community takes back the mic,” Balcon says. “This event really has a couple different goals. First is for Suraj to further show his support for the sex worker community. And, second, it’s for the campaign to model to other elected officials and campaigns how to engage an incredibly marginalized, incredibly criminalized community that just does not trust authorities or institutions. We’re bringing in community partners; creating a safe space; setting community agreements. It’s a very social justice-oriented event, which I don’t think we’re seeing in a lot of campaigns right now.”

The event will be on June 16, from 2:00 to 4:30 p.m.. For safety reasons, the exact location will be revealed the day of the event, but sex workers and allies can RSVP here. New Yorkers in the 12th Congressional District can also vote in the primary on June 26 — find your polling place here. And people living outside New York who want to show support for the sex worker community and the only Congressional candidate who is standing with them can donate to Patel’s campaign in order to help get him elected and get one step closer to having this dangerous law repealed.