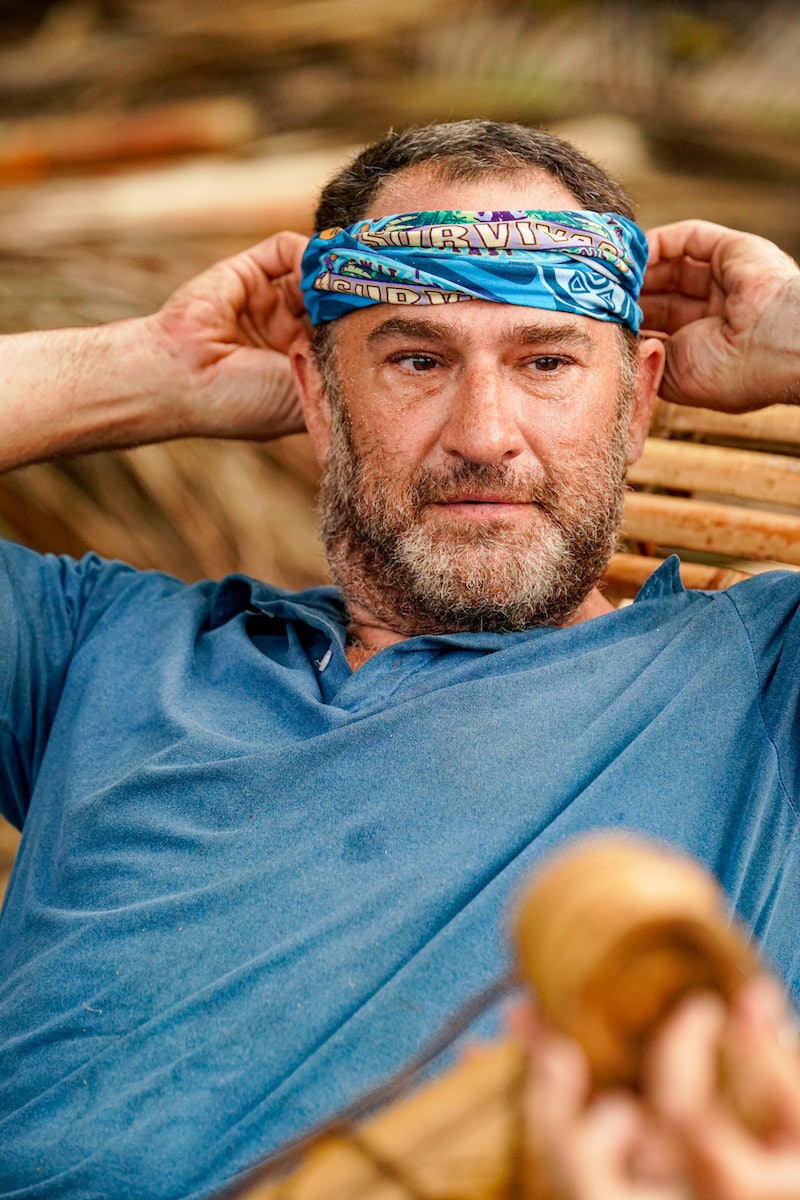 Things have gotten very serious on Survivor: Island of the Idols. For the first time in the history of the series, a player was ejected from Survivor due to alleged inappropriate behavior. On Wednesday, Dec. 11, it was announced that Dan Spilo had been removed from the game after an off-camera incident. This news comes weeks after he had already been accused of inappropriate behavior from some of his fellow contestants during the game in an explosive episode that ended with the elimination of Kellee Kim.

The episode that aired on Dec. 11 ended with a title card aired that read, “Dan was removed from the game after a report of another incident, which happened off-camera and did not involve a player." Bustle reached out to representatives of CBS, which declined to comment beyond this statement. Bustle also reached out to Dan for comment, but did not receive an immediate response.

The alleged incident was not specified to viewers, nor was it explained to the castaways on air. Instead, host Jeff Probst told the contestants, "A decision has been made and Dan will not be returning to the game. He will not be coming back to camp. He won’t be on the jury. He’s gone." People confirmed that Dan was uninvited to the live finale, which will be pre-taped this season due to the serious nature of the allegations that have been made against him.

The decision comes off the heels of earlier accusations against Dan for inappropriate behavior, in what has been dubbed as Survivor's #MeToo moment. In the first episode of the show, Kellee expressed discomfort at the ways that Dan would touch her without permission and invade her personal space, and it all came to a head just a few episodes in. On the Nov. 13 episode, she tearfully complained that the behavior hadn't stopped even after she had talked to Dan about it, causing producers to interfere and issue him a formal warning. Dan later apologized to his fellow castaways, saying in part, "If anyone ever felt for a second uncomfortable about anything I've ever done, I'm horrified about that and I'm terribly sorry."

Shortly after Dan was removed from the show, Kellee took to Twitter to weigh in. "While Dan's dismissal has validated my concerns that I raised at the beginning of this season," she wrote, "I wish that no one else had to be subjected to this type of behavior."

Meanwhile, Probst declined to give more details about the incident that got Dan kicked off the show during an interview with Entertainment Weekly. "In this situation, out of respect for privacy and confidentiality, I can’t say anymore," he said. He also told the outlet that Dan ended up leaving the game respectfully, although he was not pleased to hear their decision. "When we first told Dan we were pulling him from the game, he was not happy," he said. "We talked through everything for quite a while, and by the time he got on the boat to leave he had calmed down and was actually very respectful as he departed."

While Kellee has previously said she was dissatisfied with the way that her complaints about Dan were handled on the show, Probst continues to promise that changes will be made in how these situations are addressed in the future. "We have learned a great deal and it will inform our process and protocols on how to evolve moving forward," he told EW. "While we still want to maintain the competitive aspect of the game, above all, we want to ensure that all players always feel safe and respected."