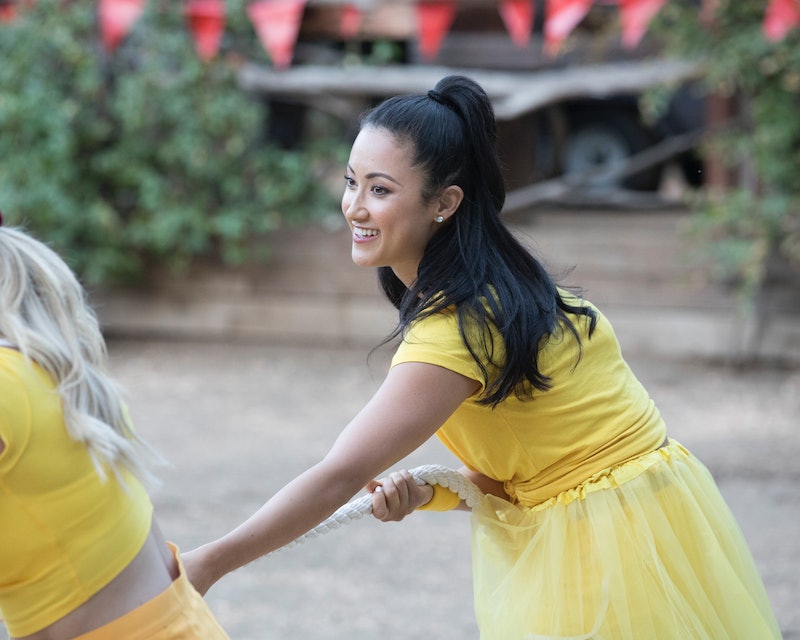 All the women remaining on The Bachelor have pretty envy-worthy social media accounts. The show is a hot spot for professional and amateur social media influencers, and one peek at their carefully cultivated Instagram feeds is enough to make anyone a little jealous. Bachelor contestant Sydney's Instagram is no exception.

She spends some time shucking oysters while wearing cute sweaters, traipsing through Charleston while wearing cute jackets, and posting memories from The Bachelor in which she's wearing cute headbands. There is a pattern here. Sydney's a professional dancer and fitness instructor, which is also evident from her Instagram. She's more photogenic when she's working out in strange positions than most of us are when in the most carefully curated poses, and it's honestly bananas.

Also apparent on Sydney's feed? Her position as a Knicks City Dancer. She's a dancer for the New York Knicks basketball team, and from the looks of it, she's loving it. She's also a model, and shares tons of shots from her shoots. Sydney appears to have done a lot of bridal work, and also more general shoots around New York City. Her bio reveals she's signed with a modeling company — Bella Agency in New York — so she's not messing around.

She's also shared photos of the other women she met during her time on The Bachelor, which is always a nice thing to see. It's not all about competition — sometimes there are real friendships to be found. We also can learn that Sydney was once a watermelon for Halloween, that she's always down to party with friends, and owns a hoodie that I'd like to purchase immediately.

Perhaps the most important piece of information found on Sydney's Instagram is that she either owns a very adorable dog, or regularly visits one that's owned by her family. Either way, a solid plus that will certainly put her in the good graces of noted dog lover Colton. This dog is everywhere, and appears to be named Sully.

Sydney has laid pretty low this season on The Bachelor — other than that exchange with Onyeka in which they decided to see who could interrupt the other one using the most obnoxious methods possible. She hasn't received a one-on-one yet, but she's stuck around past plenty of eliminations, and Colton is obviously keeping her in the mansion for a reason.

Fans have taken note of her, too, discussing everything from her fashion sense to the possibility of her appearing on Bachelor In Paradise if she doesn't go all the way with Colton. It's unclear how long she'll stay on the show this season, especially since Colton is making tons of connections with the other women, and she hasn't gotten a ton of screen time in the past couple weeks as the drama shifted focus. But those things aren't always a reliable indicator when it comes to figuring out who can really go the distance. Sydney could be a low-key contestant who flies under the radar long enough to make a lasting impression in the end.