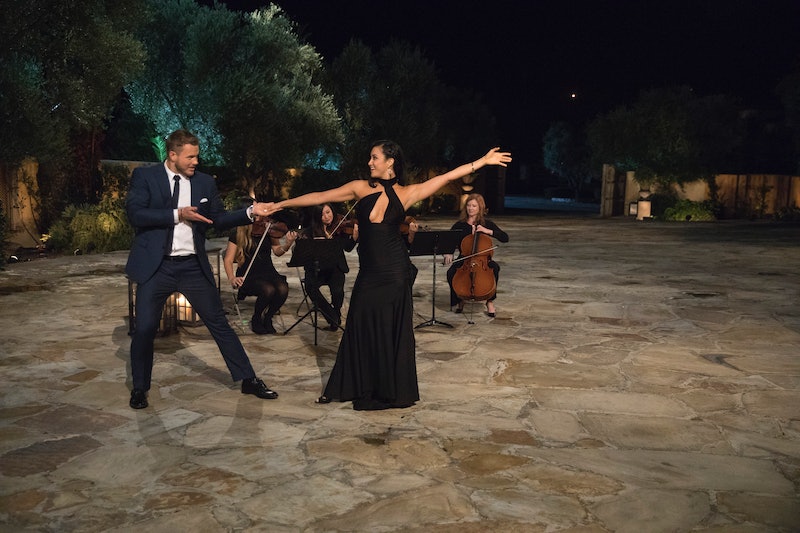 A new season of The Bachelor means one thing — another year, another crop of fantastic women that want to fall in love and marry a man (LOL OK) on television. Colton Underwood, known both as the virgin and the crier on Becca’s season of The Bachelorette, is the newest face of the franchise, and boy, does he have some lovely ladies to choose from this year. Like Sydney, an NBA dancer who can definitely kick higher than I am tall, and I'm pretty tall.

Whether because of contractual obligations or just because the team doesn’t want to be a part of a show, Sydney is only listed on the ABC Bachelor site as “a professional dancer for an NBA team” who has had “great success in her career” and is looking for a man to fill that other part of her life. But really, who does Sydney dance for? And why is it a secret? Sydney’s ABC profile also teaches us that Sydney has never (literally never) had a boyfriend; she’s gone hitchhiking in China; and she loves both Thanksgiving and Cinderella. That’s all fine and dandy, ABC, but why can’t you tell us about this independent, kick-ass lady’s career?

The internet came to the rescue here, because a quick jump into Sydney’s Instagram shows her posing with the rest of the Knicks City Dancers, leading me to assume that she is an employee of the New York Knickerbockers basketball team.

According to her LinkedIn, Sydney is also a longtime fitness instructor at cult barre workout Physique 57, and she showed off both skills in 2016 when she took her fellow Knicks dancers for a workout at the studio. Sydney can also be seen on the Knicks website in a post introducing the 2017-2018 dancers. An interesting thing to note is that Sydney is not currently on the roster webpage for the Knicks City Dancers, and there’s nothing about being a basketball dancer on her LinkedIn.

Currently, according to LinkedIn, Sydney is a dancer at McDonald Selnick Associates, which seems to be an agency for dancers. She’s also still a barre instructor at Physique 57.

From the looks of the press pictures released for the premiere of The Bachelor, Colton and Sydney are already dancing in step with each other. Perhaps they’ll bond over the shared physicality of their jobs — he was a football player, and it’s her job to stay in shape. Football players have to famously take dance classes to ensure their agility on the field.

Also, Sydney has never had a real boyfriend and Colton is, as we all know, a virgin. Colton dated Aly Raisman, an Olympic gymnast, before becoming a part of Bachelor Nation, so it’s clear he likes athletes. These two may have more in common than any of the casting agents realized. We’ll have to see just how much Colton and Sydney hit it off when The Bachelor premieres on January 7, but from this view, they could go dancing off into the sunset together when it’s all over.