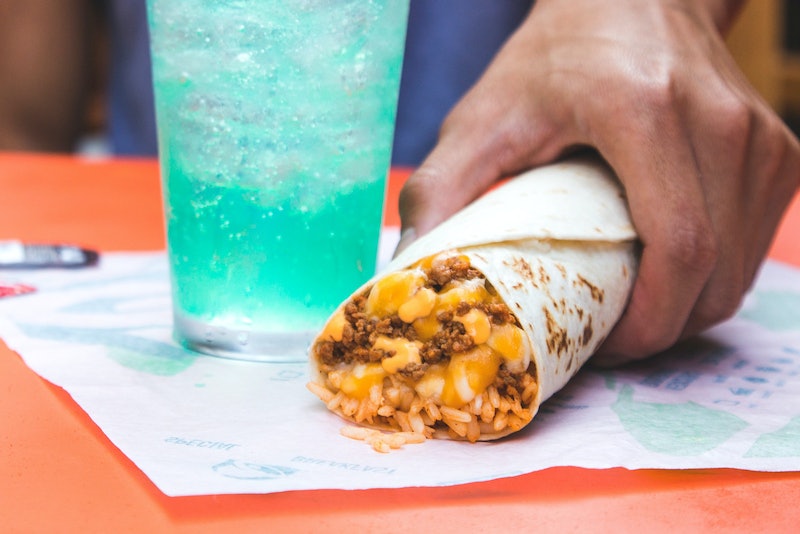 If you’re like me, your summer cravings are never truly satisfied until you swing by the drive-thru and get your hands on a mouth-watering meal and ice cold Mountain Dew slushie from Taco Bell. It doesn’t seem like it could get any better than that — but it has. Starting June 24, Taco Bell will be the home of the $2 Duo, which offers the chain’s Triple Melt Burrito and legendary Baja Blast — which you can switch out for any other refreshing drink on the menu if another beverage has your heart — for just $2. We all know what it’s like to be starving when your wallet is saying no but your stomach is saying yes, which is why two bucks for a beef-filled, three cheese burrito and slushie is incredibly hard to beat.

Whitfield Food Review, a YouTube channel that regularly reviews meals from popular restaurants, recently released a video covering Taco Bell’s $2 Duo. “I think for value, you can’t beat it. I don’t see how it could possibly be cheaper than $2,” says Nicholas, one of the channel’s main stars. “They have some of the best prices,” channel star Jen adds in response. The two go on to appreciate just how much you can get from Taco Bell’s menu for only a few dollars, and agree that the triple melt is especially “awesome” when you take your first bite and it’s “hot and ready to go.” Sounds about right.

Affordability has been at the top of Taco Bell’s priority list for awhile now. Marisa Thalberg, the company’s Chief Brand Officer, announced that they are already halfway into their commitment to debut 20 new $1 items on the menu in 2018 alone. What makes Taco Bell stand out in their mission to introduce wallet-friendly deals is the way that they creatively offer fan-favorites and iconic menu combos at great prices instead of simply putting a few items that will barely fill you up on their value list.

In fact, UBS Analyst Dennis Geiger reported that Taco Bell is one of three chains leading the fast food industry when it comes to value. The chain’s $1 menu, along with newly debuted value combos like the $2 Duo, are making it one of the most competitive destinations when it comes to getting the bang for your buck. With so many options around us when it comes to fast food, companies like Taco Bell are aware that we want both a meal and a price that people love — and they plan to make that happen.

Taco Bell’s wild deals don’t end with The $2 Duo either. Earlier this month, the beloved food chain released a $5 Steak Nachos Box that is more than enough to make your mouth water. If you’re over breaking the bank when you go out to eat, call up your hungriest friends to come share this double serving of nachos layered with steak, perfectly melted cheese, and sour cream. I mean, is there any other food to pig out and watch TV over?

It’s impossible to forget one of the other best deals on the menu right now: a $5 Naked Chicken Chalupa box, which is packed to the brim with a signature Naked Chicken Chalupa (wild or original), Doritos® Loco’s Taco, Crunchy Taco, and medium drink. I seriously cannot think of anything more irresistible. When you leave will a full stomach and a bank account that’s not majorly dented from the purchase, you know you’ve hit gold. Though I might have to hit the gym a couple extra times this week after I come back from cheesy, delicious Taco Bell heaven, I can’t say I’ll regret it.