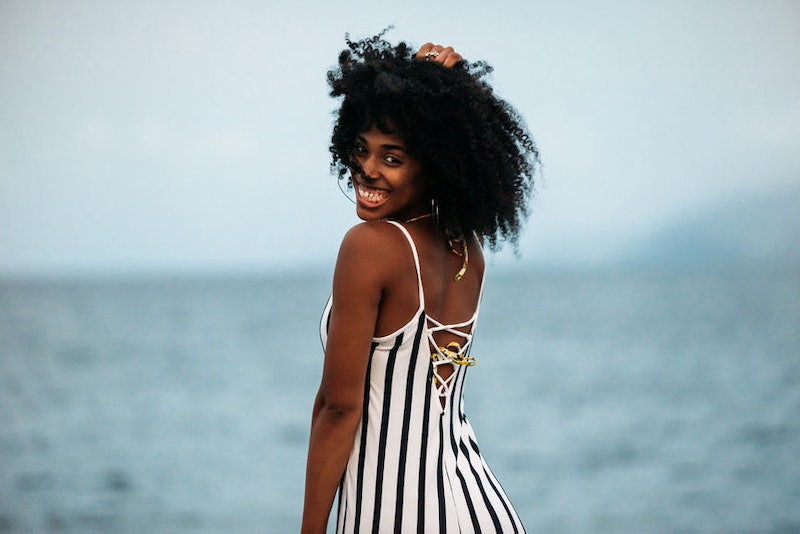 If you're the type to let your paid days off go to waste, or feel guilty signing out of your work email, here's another solid reason to break that habit: according to a new study by researchers from Syracuse University, in the U.S., taking time off work is good for your heart. Here's the reality: while it absolutely should not be, the ability to take time off is a privilege not everyone is afforded: you might work multiple jobs, or be self-employed without holiday pay, for instance. But if you've got guaranteed paid leave but you just can't bring yourself to step out of the office? This study might be the gentle push you need.

In a study published in the journal Psychology and Health, researchers monitored the amount of time 63 participants took off work, assessing the frequency, length, and location of every "vacation episode" as well as the hours spent travelling, travel-related stress, and the financial impact and resulting stress of the time off.

Participants were also asked about who they spent their time off with and how much (if any) childcare was required, what they did with their time, how much they drank and slept, and how disengaged from work they were. A "vacation episode" didn't require a flight and an Airbnb booking, either: any paid time off was counted as an episode, even if it was spent at home.

The participants' metabolic symptoms were also measured, including blood pressure, cholesterol levels, and blood glucose levels. Bryce Hruska, an assistant professor in public health at Syracuse University and one of the authors of the study, explained in a press release, "Metabolic syndrome is a collection of risk factors for cardiovascular disease. If you have more of them, you are at higher risk of cardiovascular disease."

"Because metabolic symptoms are modifiable, it means they can change or be eliminated," Hruska added.

The scientists found a "statistically significant" association between the amount of vacation episodes the participants took and their risk of metabolic syndrome; in fact, with each holiday taken, the chance of having metabolic syndrome, or being at risk of cardiovascular disease, decreased by 24 percent.

"We are actually seeing a reduction in the risk for cardiovascular disease the more vacationing a person does," Hruska said.

There were limitations to the study: the participants were largely white and female, making them representative of a very limited population, and 63 isn't the largest sample size. Hruska also noted that the cause of the association between time off work and a healthier heart requires further study. If the association holds true, however? You've got a long overdue email to your manager to compose.