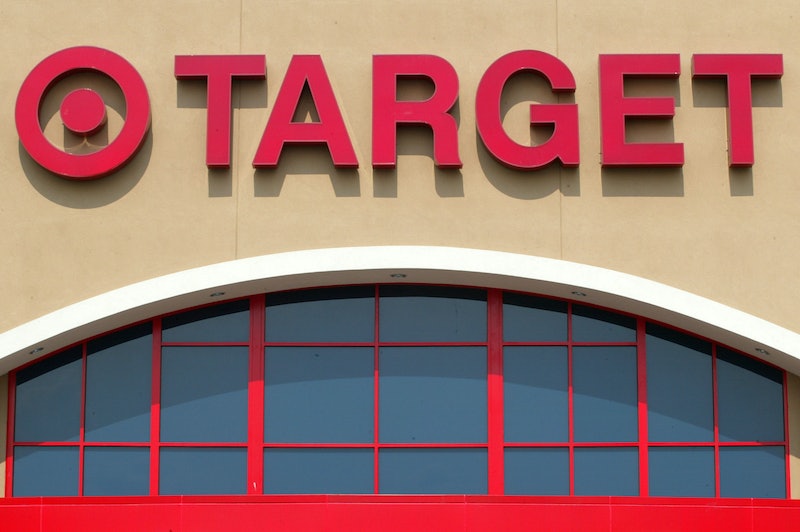 Whenever the holidays come around, there's the common misconception that you'll have all the time in the world to get gifts. But when life happens, you're not actually looking anywhere near the calendar. For the procrastinators in the house, you'll be typing in a rush to find Target's 2018 Christmas Eve hours before you know it.

Between friends and fam asking you what you want and picking out wrapping paper, gifts can still be an afterthought. Now that the online shopping ship has pretty much sailed, making a dash to your nearest Target may be the last option. This year, though, the megastore is doing everyone a solid as far as store hours go.

According to Go Banking Rates, Target plans on opening its doors early. On Dec. 24 at 7 AM, Target shoppers can get in and get out as the superstore will be ready to shop before you've even had your morning cappuccino. It'll also be open until 10PM or 11 PM, which is later than past years, so if you're really on that last minute grind, Target's got you covered.

On the other hand, you're sure to forget something for Christmas, so select Target stores will be open, but just make sure yours is on the list. Because by waiting until the day of Christmas, the good stuff is gone like the wind fabulous, girl.

If you think everyone else is smart enough to shop for Christmas early, think again. The holidays plus Target is practically a match made for mounds of people to pile in the aisles. But getting in sooner than later may just have your basket packed with some cute things Target is offering.

Target's already come out with some sweet holiday deals already, and the chances that they'll still be going strong until Christmas are pretty slim. Currently, you can get sweaters and jolly jammies for 50% off right now, so if you plan on getting "matchy matchy" with your holiday bae you'll be getting two for the price of one. So, get on that one quick!

Not only are clothes on the table for deals on potential gifts, but there are also pages to scroll through of beauty gift sets that are also 50% off. Since a lot of them are easily under $15, you may want you get a lil something for yourself. It's only fair since you're about to run in the Christmas edition of Hunger Games. Happy hunting!

On the other hand, if you think plans A & B are a dub, there's always the option to hold off gift shopping until the holiday's passed. If you're looking to save and buying gifts for everyone and they're mother, there will be plenty of after Christmas sales coming up. Not everyone makes plans around the clock, so save a dime for the New Year.

Most of the stuff that goes on sale after Christmas is the leftovers, but one person's trash is another person's treasure, so don't lose all hope that you won't find something worth gifting.

Besides, if you're gifting to the people closest to you, they'll be thankful they were on your Nice List anyway.