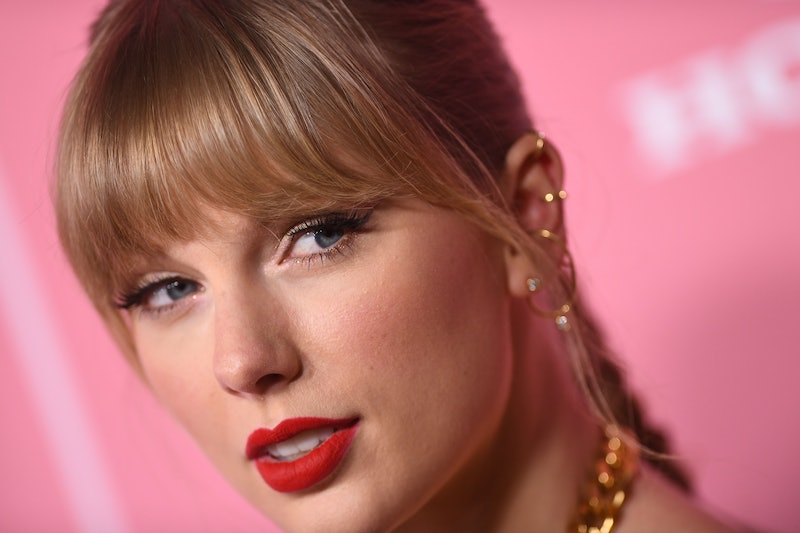 She may have a song called "Lover," but Taylor's also clearly willing to fight for what she believes in. In a series of passionate Twitter posts shared on Friday, June 12, Taylor Swift advocated for the removal of Confederate statues in Tennessee, her main place of residence.

The singer's posts come in the wake of nationwide demonstrations supporting the Black Lives Matter movement, many of which inspired protesters and communities to remove statues dedicated to Confederate leaders around the United States. "As a Tennessean, it makes me sick that there are monuments standing in our state that celebrate racist historical figures who did evil things," Swift wrote. "Edward Carmack and Nathan Bedford Forrest were DESPICABLE figures in our state history and should be treated as such."

The statue of Carmack — a U.S. Senator and newspaper owner who attacked Civil Rights leaders in his papers and was killed in 1908 — stood at the Tennessee Capitol until protesters tore it down on June 1. "He was a white supremacist newspaper editor who published pro-lynching editorials and incited the arson of the office of Ida B. Wells," Swift wrote. Explaining that the city of Nashville has "vowed to replace" the statue of Carmack, Swift dismissed the idea as "a waste of state funds and a waste of an opportunity to do the right thing."

Swift then addressed another one of the city's controversial monuments, in honor of Nathan Bedford Forrest, who she described as "a brutal slave trader and the first grand wizard of the Ku Klux Klan who, during the Civil War, massacred dozens of black Union soldiers in Memphis." The singer added that "his statue is still standing and July 13th is ‘Nathan Bedford Forrest Day.’ Due to social pressure, the state is trying to overrule this, and Tennesseans might no longer have to stomach it. Fingers crossed."

While Swift acknowledged that removing Confederate statues "isn’t going to fix centuries of systemic oppression, violence and hatred that black people have had to endure," it does make it clear that people who contributed to that oppression don't deserve reverence. "We need to retroactively change the status of people who perpetuated hideous patterns of racism from ‘heroes’ to ‘villains.’ And villains don’t deserve statues," she wrote.

The singer wrapped up her Twitter thread by explaining that she is formally requesting that "the Capitol Commission and the Tennessee Historical Commission to please consider the implications of how hurtful it would be to continue fighting for these monuments." Swift continued, "When you fight to honor racists, you show black Tennesseans and all of their allies where you stand, and you continue this cycle of hurt. You can’t change history, but you can change this."

Swift's posts come just two weeks after she slammed President Trump for threatening violence against protesters fighting against police brutality in the wake of George Floyd's death. "After stoking the fires of white supremacy and racism your entire presidency, you have the nerve to feign moral superiority before threatening violence?" Swift wrote on Twitter, before telling Trump that "we will vote you out in November."

More like this
The Ticketmaster Senate Hearing & Taylor Swift Tickets Debacle, Explained
By Jake Viswanath
Taylor Swift May Miss The 2023 Grammys For Reasons Fans Know “All Too Well”
By Jake Viswanath
Taylor Swift Visited The 'Glee' Set For This Bizarre Season 5 Episode
By Grace Wehniainen
Taylor Lautner Thought Taylor Swift's 2009 VMAs Interruption Was A "Skit"
By Alyssa Lapid
Get Even More From Bustle — Sign Up For The Newsletter
From hair trends to relationship advice, our daily newsletter has everything you need to sound like a person who’s on TikTok, even if you aren’t.