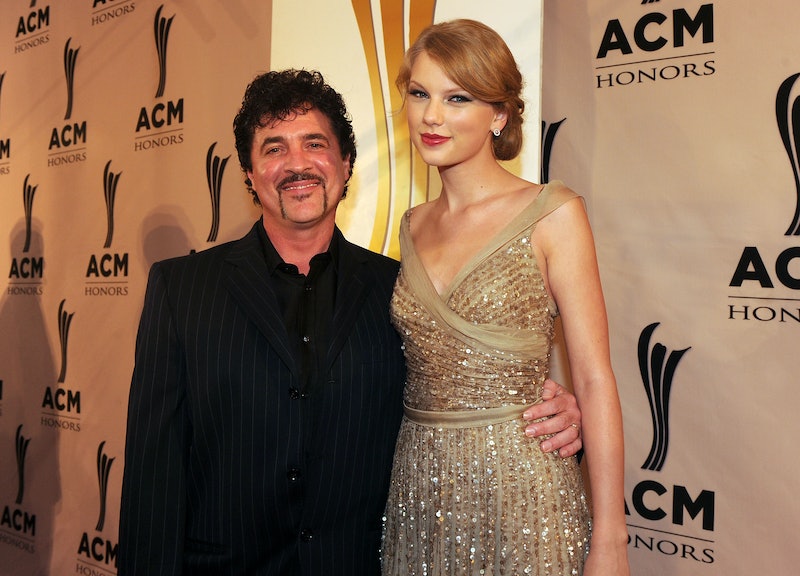 In a Rolling Stone cover story published on Sept. 18, Taylor Swift revealed how betrayed she felt by Scott Borchetta for selling her music back in June. "When you have a business relationship with someone for 15 years, there are going to be a lot of ups and a lot of downs," Swift explained of working with the former Big Machine Label Group boss, in the magazine's October issue. "But I truly, legitimately thought he looked at me as the daughter he never had. And so even though we had a lot of really bad times and creative differences, I was going to hang my hat on the good stuff. I wanted to be friends with him."

She continued, "I thought I knew what betrayal felt like, but this stuff that happened with him was a redefinition of betrayal for me, just because it felt like it was family. To go from feeling like you're being looked at as a daughter to this grotesque feeling of "Oh, I was actually his prized calf that he was fattening up to sell to the slaughterhouse that would pay the most."

In June 2019, Borchetta sold Big Machine group, along with the masters to Swift's first six albums, to Scooter Braun — with whom the 10-time Grammy winner had long had a volatile relationship — for more than $300 million. In Swift's Tumblr post after the news broke, the singer called the sale of her past music rights the "worst case scenario," also accusing Braun of "incessant, manipulative bullying" over the years. Swift's open letter also referenced Braun's clients Justin Bieber and Kanye West contributing to the alleged bullying.

Borchetta responded to Swift's open letter via a post on Big Machine's website. In it, he claimed that he texted the singer before the sale was made public and that Swift had been given the opportunity to sign an agreement to take ownership of her assets. Additionally, Borchetta wrote in the message that Braun "was never anything but positive about Taylor" and that he had even invited Swift to be part of a Parkland march and Manchester benefit show. Swift declined both offers, per Borchetta.

Swift called Borchetta's accusations "petty" and "unbelievable" and she revealed her side of the feud in the Rolling Stone interview. "Here’s the thing: Everyone in my team knew if Scooter Braun brings us something, do not bring it to me," she told to the magazine. "The fact that those two are in business together after the things he said about Scooter Braun — it's really hard to shock me. And this was utterly shocking. These are two very rich, very powerful men, using $300 million of other people's money to purchase, like, the most feminine body of work ... They pulled one over on me and got this done so sneakily that I didn’t even see it coming. And I couldn't say anything about it."

In an August interview on CBS Sunday Morning, Swift revealed she "absolutely" plans to re-record her masters as part of a strategy to essentially reclaim ownership of her music. Kelly Clarkson first suggested the idea to Swift. On July 13, Clarkson tweeted: "@taylorswift13 just a thought, U should go in & re-record all the songs that U don’t own the masters on exactly how U did them but put brand new art & some kind of incentive so fans will no longer buy the old versions. I’d buy all of the new versions just to prove a point 💁🏼‍♀️"

Representatives for both Swift and Universal Music declined to comment on any further specifics of the possible re-recordings to the New York Times in August. For now, fans will have to wait to see what happens next.