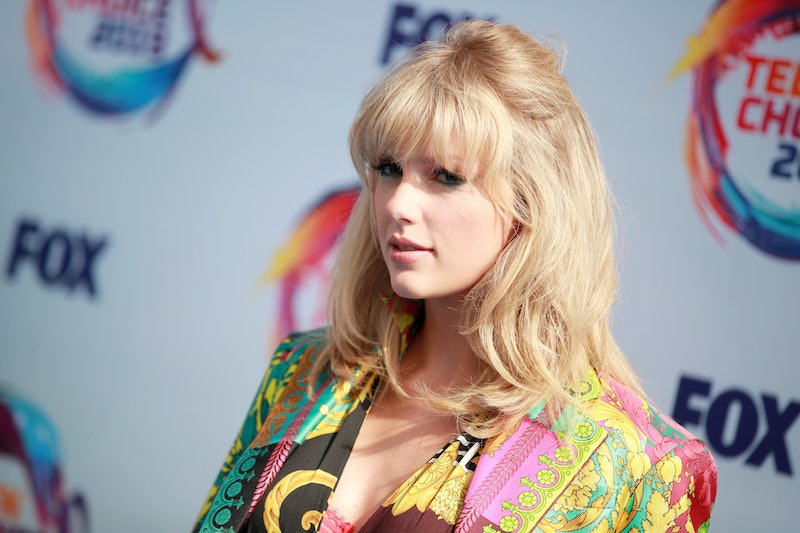 There's no way that this Taylor Swift fan can calm down after the news she received. Ayesha Khurram will now be able to go to college with a lot less stress on her shoulders, and it's all thanks to the singer herself. Taylor Swift helped a fan pay her college tuition for the upcoming semester, according to a report from People, and the fan's reaction just might make you have faith in humanity (and Swift) once again.

On Monday, August 12, Swift reportedly sent Khurram, who lives in Toronto, $6,386.47 CAD, which converts to about $4800 in US dollars, to help pay for her tuition. Khurram shared the news on her Instagram and Tumblr accounts, posting the receipt e-mail showing that Taylor Nation, LLC, made a deposit in her account, complete with a sweet message from the singer herself. “Ayesha, get your learn on girl. I love you! Taylor," she said to her loyal fan. Bustle reached out to a representative for Swift for comment but did not receive an immediate response.

Khurram continued to freak out about the reliving news over the next several hours via Instagram stories, going into full-blown fangirl mode by promoting Swift's upcoming album Lover and defending her idol. "If I hear y'all say another bad word about Taylor freaking Swift, I swear to God I will come for your necks," she said. "I'm not even kidding. If you say one weird about Taylor Swift, unfollow me, block me. We don't deserve Taylor freaking Swift!" She even shared a screenshot that seemed to prove Swift herself was watching Khurram's stories. She truly cares about her fans.

Over on Tumblr, she posted a video of her initial emotional reaction, saying that she couldn't type or form words at the time. “Taylor, I love you so much,” she said while crying. “Every single time in my life that I’ve been going through something, you’ve been there for me … thank you, I love you so much!”

This is not the first time that Swift has shown her fans a huge amount of generosity. The singer is known to reach out to her fans, whether it's by sending them Christmas gifts or helping them out financially during trying times. During her 1989 World Tour in 2015, she helped a homeless and pregnant fan buy a home and "all I needed for my baby," according to the fan, and sent a check for $1,989 (yes, a nod to the album) to a fan who needed to pay off her student loans. She also helped a young autistic fan get a service dog by donating $10,000, and met the young boy two years later during her Reputation Stadium Tour.

While Swift is mainly known for her relatable hits and songwriting craft, she has proven herself to be a guardian angel for all fans in need. Someone pass me the tissues, please.