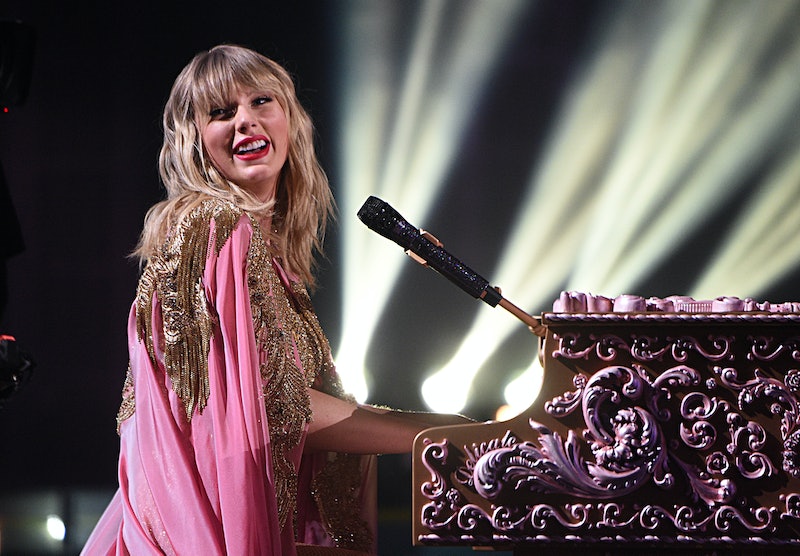 Taylor Swift is undoubtedly one of the most popular musicians of our time, but she has recently shown an interest in other career paths — namely, acting. The singer stars as Bombalurina in the film adaptation of Andrew Lloyd Webber's Cats and, in a conversation led by the composer for Vogue, Taylor Swift revealed what she think 'wisdom' really is and how dabbling into acting has taught her that.

During the in-depth discussion between the two musicians, Lloyd Webber asked Swift how performing her music compares to recording it in the studio. “Am I right in thinking you approached [Lover's] recording just as though you were giving live performances?” She responded:

“I did ... I was really singing a lot at that point — I’d just come from a stadium tour, and then did Cats, which was all based on live performances — so a lot of that album is nearly whole takes. When you perform live, you’re narrating and you’re getting into the story and you’re making faces that are ugly and you’re putting a different meaning on a song every time you perform it.”

From there, the two went on to speak about acting, and whether Swift would be interested in turning her hand to that. "I have no idea ... When I was younger, I used to get questions like, ‘Where do you see yourself in 10 years? I’d try to answer," she said, before continuing: "I’m learning that wisdom is learning how dumb you are compared to how much you are going to know."

Swift went on: "I really had an amazing time with Cats. I think I loved the weirdness of it. I loved how I felt I’d never get another opportunity to be like this in my life."

Swift and Lloyd Webber have collaborated on the song Beautiful Ghosts, which they penned for Cats, and will be sung by Francesca Hayward, who stars as the lead role Victoria. According to The Evening Standard, Swift will sing her own version of the track during the credits, so prepare for another hit to add to your 'Best of 2019' playlists.

More like this
8 Easter Eggs From Taylor Swift's “Lavender Haze” Music Video
By Shahed Ezaydi
'The Traitors' Is Officially Being Turned Into A Board Game
By El Hunt
Twitter Is Saying The Same Thing About Beyoncé's Renaissance World Tour
By Shahed Ezaydi
“I’m Not Here To Make Friends” Speaks To A New Sam Smith Era
By Maxine Harrison
Get The Very Best Of Bustle/UK
Sign up for Bustle UK's twice-weekly newsletter, featuring the latest must-watch TV, moving personal stories, and expert advice on the hottest viral buys.