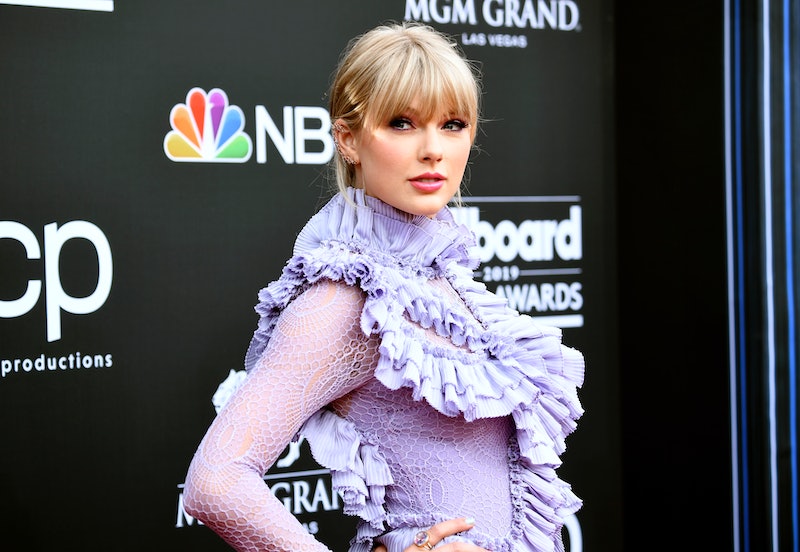 Taylor Swift has a long history of writing songs about her enemies. Over the years, the "Shake It Off" singer has had her fair share of feuds with a range of people, from other celebrities to online trolls. And in an extensive new interview with CBS Sunday Morning, Taylor Swift explained singing about her haters. For her, it's a simple concept: "When they stop coming for me," she said. "I will stop singing to them."

Some call her public responses to hate immature, but she calls them necessary and empowering. In her 13 years in the music industry and her one-of-a-kind rise through fame, she has learned a way to handle tough situations that works best for her. After all, most musicians see their art as therapy. So can you really blame Taylor for venting in her lyrics?

In the interview, Swift talked a lot about growing up in the industry, particularly as a woman, and what she's learned. "There's a different vocabulary for men and women in the music industry," she said. "A man does something, it's strategic. A woman does the same thing, it's calculated. A man is allowed to react, a woman can only overreact."

That comment wasn't pointedly directed at a particular feud of hers, but it seemed to inform the way she has publicly addressed some of them. Having co-written or written all of her songs and creatively envisioned her music videos, she definitely holds the power to call them out however she pleases, even if others don't like it.

Still, she sometimes struggles with all of the related pressure. "I'm still someone who is the first to apologize when I'm wrong," the "Lover" singer said. "But I think I'm better at standing up for myself when I've been wronged. So that's something I think that also comes with growing up."

Both of the singles Swift released prior to dropping the full studio album, Lover, "ME!" and "You Need To Calm Down" take on a similarly empowered message. "You Need To Calm Down" specifically addresses anti-LGBTQ protesters and online trolls. When interviewer Tracy Smith asked her why she has a tendency to sing to her haters, her first response was pretty subdued. "I imagine that I might have that habit, yeah," she said with a smirk. So it doesn't seem like she plans on stopping any time soon.

Smith then asked if Swift believed in forgiveness at all. The singer said yes, that forgiveness is "for people that are important in your life ... who have enriched your life and made it better," not for those who have only fostered negativity. "If something's toxic and it's only ever really been that, what are you gonna do? Just move on. It's fine." After you sing about it, of course.