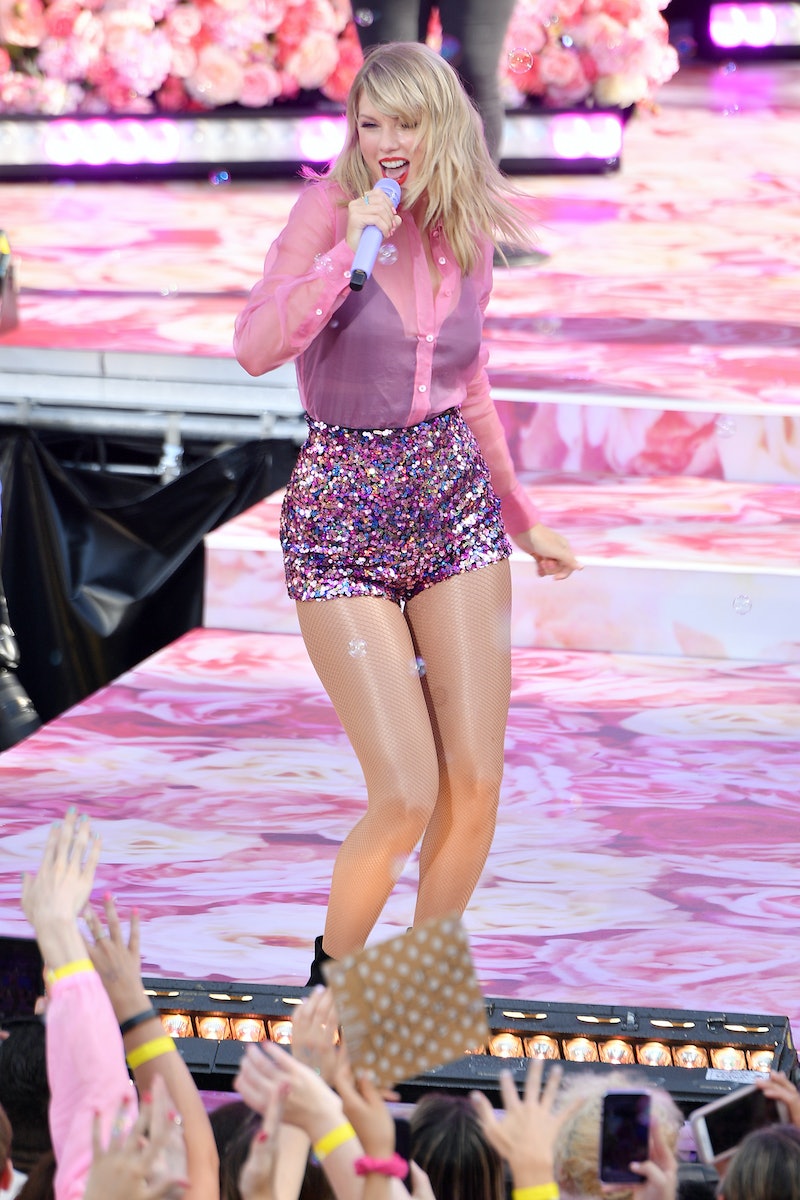 Imagine, if you will — just for a moment — that somewhere in this world, there's a person who doesn't know who Taylor Swift is. Impossible, right? Not exactly. Once you hear the story behind this revelation, though, your mind will truly be blown. Apparently, Taylor Swift's Cornelia Street landlord didn't know who she was when he rented his New York City townhouse to her, according to an interview the man recently did with Vulture. Yes, *the* townhouse she'd go on to write her song "Cornelia Street" about.

Go ahead and take a minute to let that sink in. The man — whose name is David Aldea — didn't know who Swift was when she inquired about renting his townhouse back in 2016. Not only that, but he used to be an executive for Soho House; an exclusive, members-only club that practically teems with celebrities and famous faces on a regular basis.

"I’m afraid to tell you this, but I will tell you this: I really didn’t know her," Aldea admitted to Vulture. "I’m just not a pop-culture guy, and I even said to someone, 'I’m meeting a person named Taylor Swift who wants to rent my home.'"

And how did his friend respond to that, you wonder? Shock? Awe? Complete and utter disbelief? Probably some combination of all of the above. Aldea did, however, add that he, "knew her songs because I had them on my running playlist. I just didn’t match the name to the song. I know, it’s silly."

That ... makes no sense. Well, it does and it doesn't. She's one of the biggest stars on the planet. It'd be kind of understandable if maybe she like, gave a fake name before they met and he didn't recognize her right off the bat, but that's definitely not what happened.

Eventually, a lightbulb went off in his head — but when it did, Aldea says that he thought it was a joke. It wasn't, of course, and when she finally came to see the place, she instantly fell in love with his 5,500-square-foot abode.

"She walked in, and I’ll never forget this — she said, 'Oooh, it’s so crafty,'" Aldea revealed to Vulture. "And in Taylor-speak, that means 'I like everything.' She asked if she could rent not just the house but my style as well. So towels and dishes and glassware and furniture and just kind of 'Take your clothes and go.' So I did. She was an absolute delight to deal with."

All's well that ends well then, huh? And what a compliment for Aldea that she didn't just want to rent his place, she wanted to rent his style. It's also really lovely to hear that she was "an absolute delight to deal with," because it's never fun to hear horror stories about celebs that seem so sweet.

Swift clearly enjoyed her time at her temporary home — she stayed there while she was renovating her townhouse in Tribeca, the singer's management told Aldea — as evidenced by the lyrics to "Cornelia Street." Obviously, that was due in part to the memories she made there, but it must have been kind of nice to feel like a normal, non-famous person for a minute, too. Even if it was just one person — one blissfully unaware person — who made her feel that way.