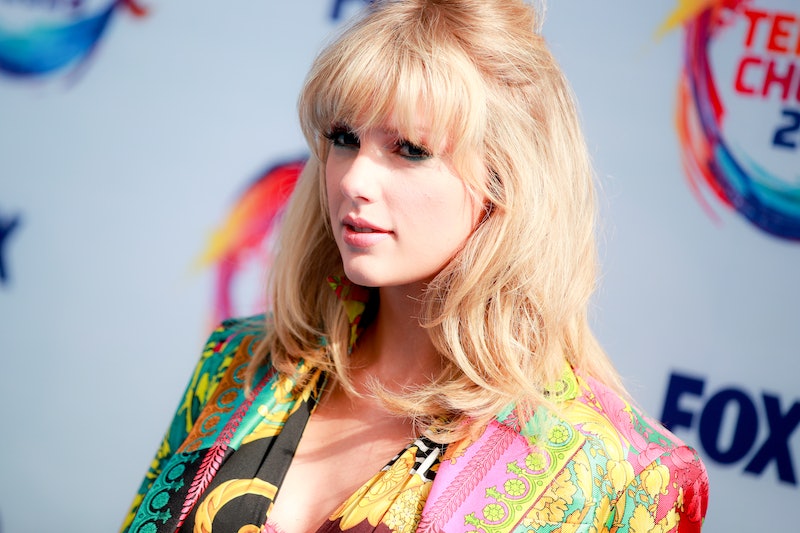 Kindly pause your millionth replay of the for an extremely important update: Taylor Swift’s “Lover” hints that she and Joe Alwyn took a major step in their relationship. On Aug. 16, Swift debuted the newest single “Lover” from her upcoming album Lover, out on Aug. 23. While the song is a clear cut homage to her British beau, key lyrics from the track appear to insinuate that the two have transitioned into a major stage in their relationship: roommates. As in, Swift and Alwyn could be living together. This is put forth in two major lyrics: “We could leave the Christmas lights up 'til January” and “This is our place, we make the rules.”

We could leave the Christmas lights up? This is our place? The evidence is all too compelling. Due to the lyrics, fans are convinced that the two share a place of residence adorned with Christmas lights well into January. Given the fact that Swift has taken up residence in several cities (New York! Nashville! London!), where the couple — who first became linked as an item in May 2017 — currently resides is a bit of mystery considering how notoriously private they are. However, a report by The Sun suggests that the two live across the pond.

In February 2018, The Sun reported that Swift has been staying at Alwyn’s North London flat so much that “it’s as if she’s moved in,” according to the tabloid’s sources. “Taylor has been spending a lot of time at Joe’s house, and has been enjoying going out with his pals to their favourite local haunts,” the source said. “She always tries to keep a low profile, but has been having a lot of fun with the group. And some have even been joking that it’s as if she’s moved in with him.” Later, in Alwyn’s September 2018 Vogue profile, the publication wrote that the two have “been living together on-and-off.”

More so, a December 2018 Us Weekly report described Swift and Awlyn’s private life in London as “homebodies” who would often “check out the local pubs.” A source told the publication, “They’re very low-key and normal. They work out, watch movies together, and have friends over… She’s much happier without her personal life out in the open. She credits Joe for that and realizes how much better off she is.”

Given how much time Swift and Alwyn have spent together, rumors have begun to swirl that the two are secretly engaged. Swift’s fans have been decoding her magazine photoshoots and lyrics since the singer has long had an affinity for planting hidden messages in her work. Plus, the release of “Lover” has fueled speculation with the following lyrics that call to mind wedding vows:

Ladies and gentlemen, will you please stand?

With every guitar string scar on my hand

My heart's been borrowed and yours has been blue

Could "Lover" be layered with various hidden meanings about Swift and Alwyn's relationship? Now seems like a good time to decode Lover's tracklist — which Swift conveniently unveiled a few hours after the "Lover" debut — for more clues.