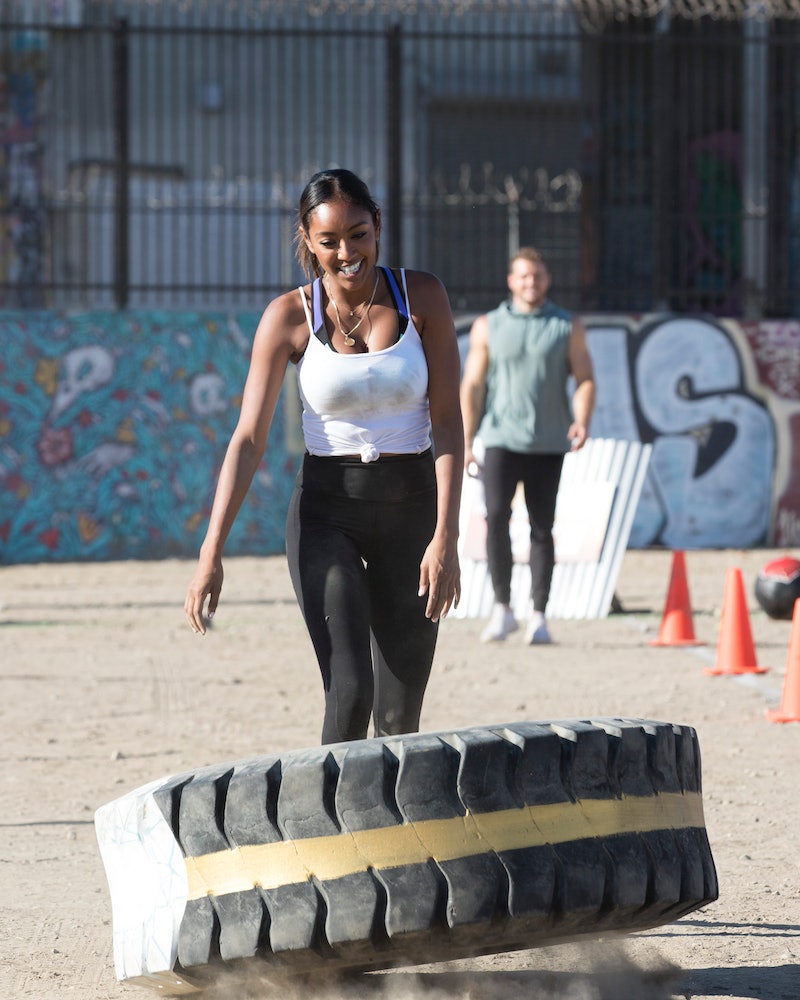 When she invited Colton into "Tayshialand" on the night she met him, there was no denying her fun-loving, free spirit. Over three episodes of The Bachelor so far, that quality of hers is only becoming more evident. So it shouldn't come as a surprise that Tayshia's Instagram is a gallery of her life's most adventurous moments on display, and that scrolling through it will make you want to stop what you're doing and live your best life, immediately.

Her pictures are the definition of #goals, including but not limited to landscape shots of travel destinations far and wide including Paris, Dubai, and the Bahamas, wine tastings, football games, ATV rides and more. Not to mention, she has a love for volunteer work and her kid brother, who she calls her mini-me. What's not to love, Colton?

In August 2017, she posted a picture of her vintage airstream trailer named Henry, in which she plans to travel the country. "I'd like to introduce you all to the newest member of the clan, HENRY!" she wrote. "He's going to be quite the adventure ... We can't wait to start renovating him and making all of our traveling dreams come true!!" Since that post, she hasn't shared any renovation updates on her feed, so it could be a project she's already completed, or one that her Bachelor hiatus put on hold. No matter its current state, though, it could be an adorable experience for her and Colton to tackle together.

And there's a good chance they might do that. Teasers floating around online reveal that the two get pretty close. After all, Tayshia was one of the first to steal a kiss from him on night one. On Dec. 31, she posted a video on Instagram in which she jumps into his arms for a kiss. She's wearing a red bathing suit and he's in his trunks. They're on the beach, and they look smitten.

A sneak peek for this week's Jan. 28 episode reveals that Colton takes her on an adventurous one-on-one date where bungee jumping is involved. "We got this," she tells Colton in nervous preparation for their big fall. "Together, we do."

Fans knew she would be a resilient catch before she even made her TV debut, simply because she is a practicing phlebotomist — so she's not easily queasy. That characteristic among many others are what made her stand out in the crowd from the beginning, and it's why she continues to shine.

Her fearless strength made her a top contestant in The Bachelor's strongest woman competition, in which each of them had to be strapped to and attempt to pull a limo, among other stunts. She didn't ultimately win the prize, but she still made quite the impression on Colton.

As one of this season's six "cougars," AKA women over 27 (She turned 28 in September.), she's confident in herself as a person, and it shows. "I have a pretty good feelin[g] that’s just the beginning of some amazing travels ahead," she wrote in her birthday post. Perhaps, those travels she was hinting at will be spent with a new beau.

More like this
Where Is Former Bachelor Host Chris Harrison Now & What Is His Net Worth?
By Hugh McIntyre
Are Michael & Sierra Still Together After Bachelor In Paradise?
By Kadin Burnett
Is Salley Actually Going To Be On 'Bachelor In Paradise'?
By Kadin Burnett
What Happened With Justin & Salley Pre-'BiP'? They Fueled Rumors At Stagecoach
By Grace Wehniainen
Get Even More From Bustle — Sign Up For The Newsletter