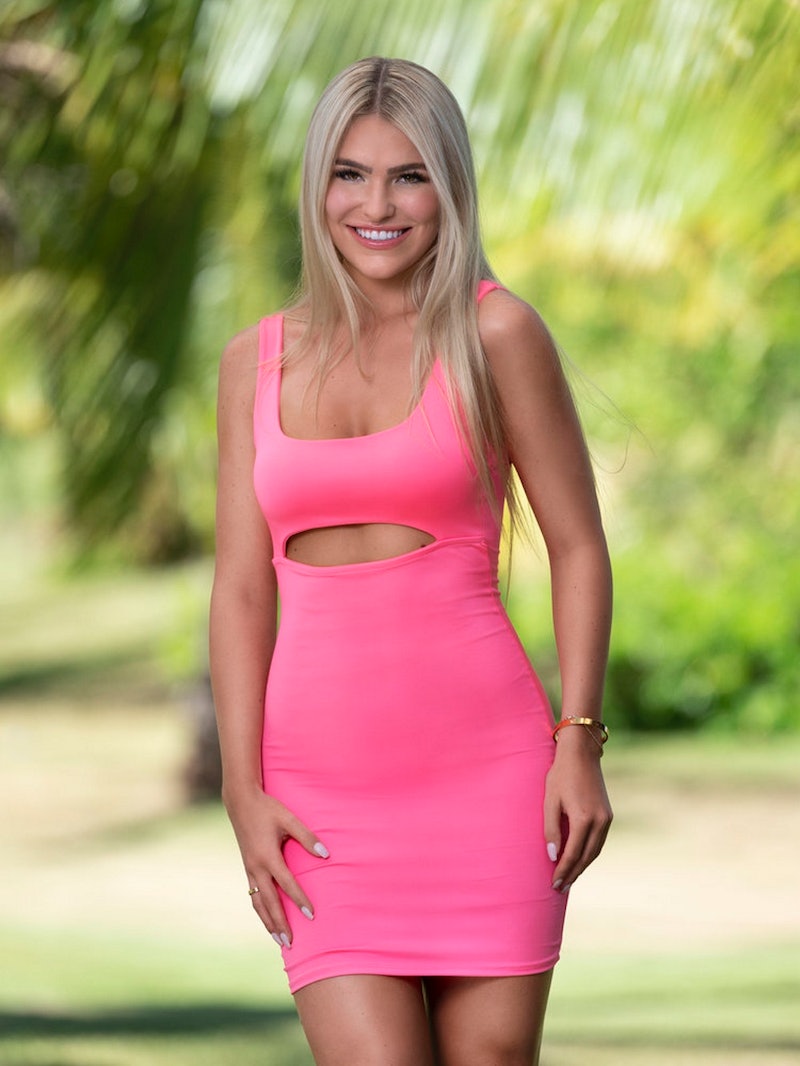 Toneata Morgan hasn't yet had a lot of screen time on Temptation Island, but her burgeoning connection with Gavin could soon change that. Gavin chose to go with the former Miss Oregon USA on his first date and they really seemed to hit it off, though it's still too early to tell if it will turn into anything real or if spending time with Toneata will just make Gavin realize Esonica is truly the one for him. Either way, his interest in her will likely cause some drama for the couple, and given what Toneata's Instagram tells us about her fiery and confident personality, she seems like she might enjoy a challenge.

Notably, Toneata's Instagram doesn't have many candid shots or photos of friends and family. Instead, she has a carefully curated feed full of glamorous selfies and inspirational sayings. But if you look below the surface, it's clear that the 23-year-old model and entrepreneur has more to offer than we've really had a chance to see on Temptation Island so far. Hopefully, we'll get to know her a little better as the season plays out.

In the meantime, here are some things her Instagram reveals about her that the show hasn't.

In May, Toneata announced that she was launching her own business, Perfect Persona. The image consultancy brand was created to serve "those who need help or guidance in achieving their goals," though there's been little activity on the business's Instagram account and no further mention of Perfect Persona on Toneata's page since then.

She's All About Health & Fitness

Toneata's Instagram features multiple shots of her working out, from running to weight lifting. She obviously values being active.

She Has An Acting Career Too

One of the first posts on Toneata's account is a photo of herself and a co-star in Furious 7 posted back in 2014. "Had so much fun on set for Fast n furious yesterday with this girl!" she wrote. An IMDb search confirms that she appeared in an uncredited race model role in the movie.

She's Very Close With Her Mom

"Family comes first! #mamasgirl" Toneata captioned a photo of herself with her mom posted in July 2017. It's the only picture she's ever posted of herself with a family member, so she must mean a lot to her.

In March 2015, Toneata posted a photo of herself on a flight to an unknown destination, captioning it with the Helen Keller quote, "Life is either a daring adventure or nothing."

Considering she signed up for a show as wild as Temptation Island, she clearly takes the whole "daring adventure" part seriously.