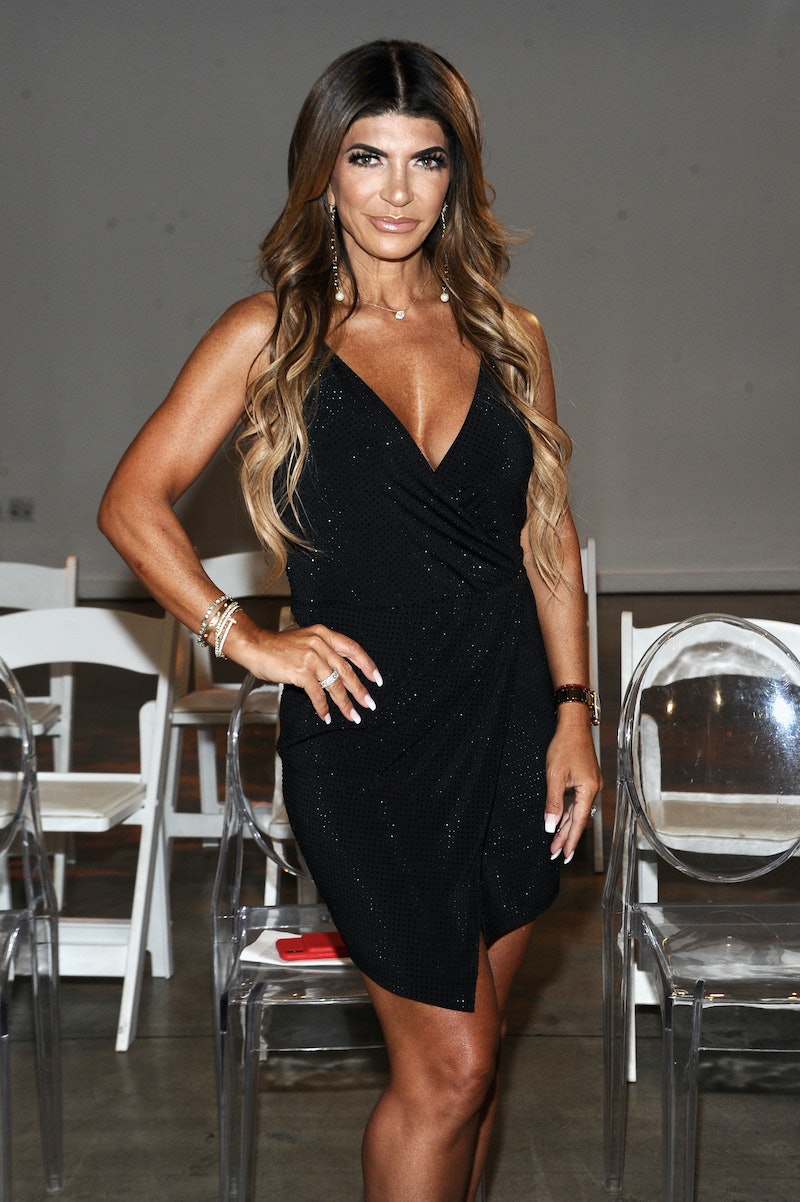 The Gilroy Garlic Festival in Northern California was the location of a tragic mass shooting on Sunday, July 28, which left at least four people dead, including the suspected gunman, and 15 others injured. The suspect was ultimately shot and killed by police, and the investigation is ongoing. Many people have responded to the news, including a former Real Housewife who had attended the event. Teresa Giudice reacted to the Gilroy Garlic Festival shooting on Instagram, sending her love to the entire community late Sunday night.

The Real Housewives of New Jersey star appeared in Gilroy on Saturday, July 27, a day prior to the shooting, where Giudice prepared some of her favorite garlicky dishes live on stage for attendees, as reported by Us Weekly. And if her response to the shooting was any indication, she had a fabulous time before the tragic events transpired, making them even more heartbreaking.

“I’m truly heartbroken hearing the events that have taken place at the Gilroy Garlic Festival in Gilroy, CA,” she wrote on Instagram on Sunday. “I was at the festival yesterday with wonderful staff, volunteers and many many families & I’m flooded with thoughts of them now as they navigate this tragic situation. Prayers and love to the community of Gilroy tonight.”

As reported by Bustle, Gilroy Police Chief Scot Smithee said in a press conference that the suspect cut a fence to gain access to the festival. In an official Facebook post, the Public Information Office of the City of Gilroy stated that gunman was carrying an "assault-style rifle." Police engaged the suspect just less than a minute after reports of gunfire first emerged, and he was immediately shot and killed once found, per various reports.

A 6-year-old boy, Steven Romero, was one of the four victims who died in the tragedy, as confirmed by family members. "My son had his whole life to live and he was only 6," Alberto Romero, Steven's father, told NBC News. "That's all I can say."

An investigation of the shooting is underway, according to Gilroy Police Chief Smithee. "It's sort of a nightmare that you hope you never have to live in reality, but unfortunately we find ourselves in circumstances where we have to live this today," he said at the press conference. “It’s incredibly sad and disheartening that an event that does so much good for our community has to suffer from a tragedy like this."

Smithee also confirmed that police were looking into the possibility of a second suspect in the incident, which was reported by multiple witnesses at the scene, though police were unable to confirm this at press time. “We believe based on witness statements that there was a second individual involved in some way. We just don’t know in what way,” he said.

Giudice was not the only celebrity to react to the tragic shooting. George Takei paid tribute to the victims on Twitter and pleaded for gun control measures to prevent more lives being lost. "There are at least three dead, 15 wounded. One killed was a six year old boy who 'had his whole life still ahead of him,' said his dad," Takei wrote. "We have failed him and all victims of gun violence." No doubt more will follow Takei and Giudice's lead and wish the community of Gilroy well as they recover.