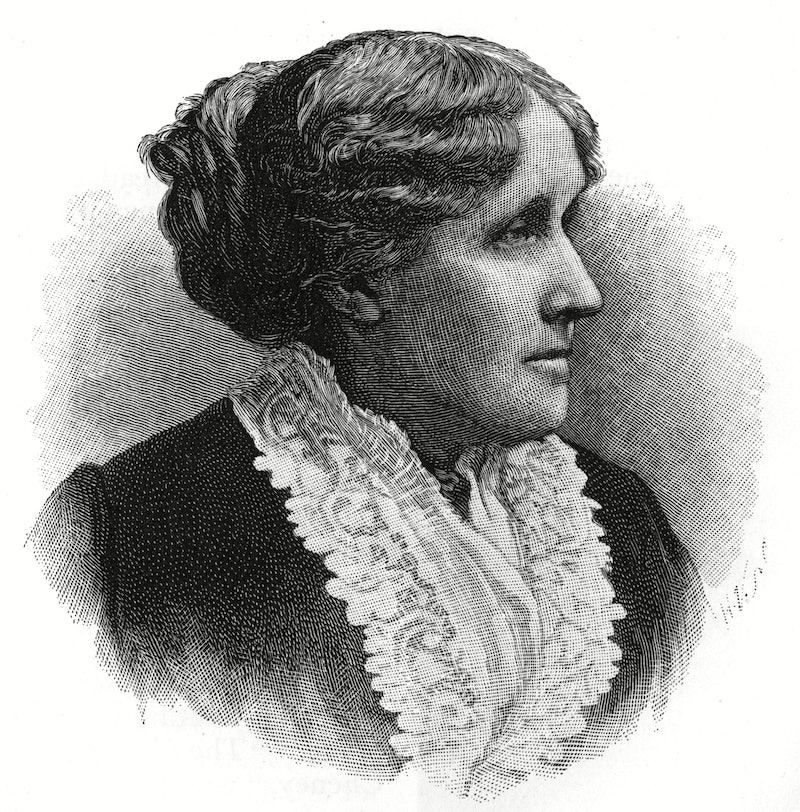 You've probably seen it emblazoned on everything from sweatshirts to coffee mugs, a Louisa May Alcott quote that many readers have claimed as their own: "She is too fond of books, and it has turned her brain."

It's not hard to see why readers have fallen for the sentiment, especially if it's read as a tongue-in-cheek embracing of the "dangers" of being a bookworm. After all, how many times throughout the centuries have bibliophiles, especially women, been told that reading too much is bad for us for one reason of another: Women's brains are inferior and therefore unworthy of a formal education! Reading will corrupt women's morality! Books will give women the idea that they should have autonomy from their fathers and husbands! The horror!

For modern readers, embracing a quote that so boldly says, "I'm a woman, I love to read, I have big ideas, and I don't care what you think about it" is a powerful one, a thumbing one's nose at those who still think being a bookworm is a bad thing.

I must confess that I just assumed the quote came from Alcott's most famous work, Little Women, first published in 1868. I'd concocted the vague scene in my head: one of the March sisters (probably Jo) is sitting by the fireside with a book in hand, minding her own business, totally unabashed by whoever was judging her proclivity for literature as unbecoming or "unfeminine." But, boy was I wrong.

This oft-used quote actually comes from Work: A Story of Experience, which is Alcott's 1873 semi-autobiographical novel. The story follows a young woman named Christie Devon, as she struggles to support herself through various jobs outside the home. The novel is set during the period of the Civil War, and is a commentary on the changes in women's work that were occurring in the new industrial era, as well as the tensions surrounding working women and the meaning of that work. The scene in which the "fond of books" quote appears is so unlike the one I had imagined, and it puts in an undeniably tragic context.

In Chapter 2 of the novel, readers see Christie working as a servant to a couple named Mr. and Mrs. Stuart. Christie takes the job with the couple only to discover that she doesn't like them very much. Mr. Stuart is a "hot-tempered and very conceited man" and Mrs. Stuart "evidently considered herself as one belonging to a superior race of beings, and had no desire to establish any of the friendly relations that may become so helpful and pleasant to both mistress and maid."

One night as Mr. and Mrs. Stuart are returning from an evening out, they see fire from the attic window. It turns out that Christie, who has been forbidden by Mrs. Stuart to keep her gas lighted so late, has secretly used a candle to read and fallen asleep, accidentally setting the room ablaze:

"In the attic Christie was discovered lying dressed upon her bed, asleep or suffocated by the smoke that filled the room. A book had slipped from her hand, and in falling had upset the candle on a chair beside her; the long wick leaned against a cotton gown hanging on the wall, and a greater part of Christie's wardrobe was burning brilliantly."

Mrs. Stuart, far from thrilled with the discovery, begins to berate Christie:

"Look at her! look at her!" cried Mrs. Stuart gesticulating on her perch as if about to fly. "She has been at the wine, or lost her wits. She must go, Horatio, she must go! I cannot have my nerves shattered by such dreadful scenes. She is too fond of books, and it has turned her brain. Hepsey can watch her to-night, and at dawn she shall leave the house for ever."

Taken in context this beloved quote is actually not at all about embracing bookishness at all, but.... about fire: both in the literal flames caused by a book, and of Christie's being let go from her job by the Mrs. Stuart.

But perhaps you don't need to toss your quote pillows and lapel pins just yet. After all, there is really no better example of a commitment to page-turning than harboring a secret candle to read by, right? And maybe the quote is actually all the more powerful for its tragic context; readers will never be stopped from reading, whether that means fighting for women's education, ensuring access to stories for diverse groups everywhere, or just hiding in under the covers with a book long after lights out — just make sure those candles are a safe distance away from the pages.