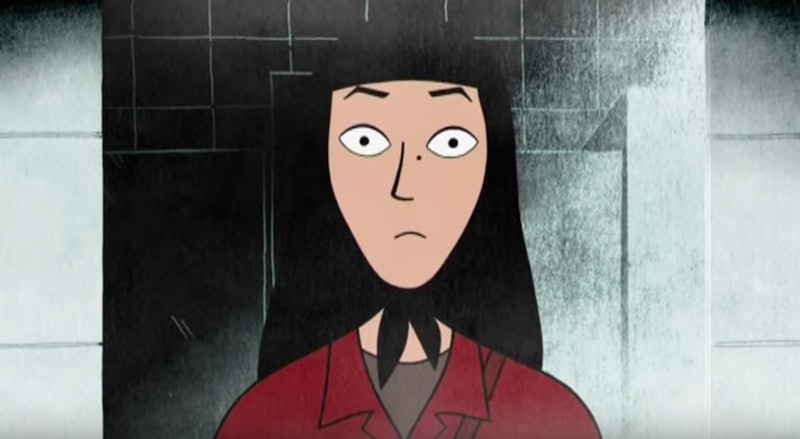 For a lot of us, animated movies acted as our first introductions to feminism. Female-centric animated movies like Disney's Mulan are often credited with teaching young girls how to defy gender norms and stand up for themselves. Girls don't always have the luxury of seeing themselves onscreen, especially as they get older and start watching more live action films, which is what makes animated films so important (and awesome). But, just because a movie stars a woman or girl doesn't mean it's feminist, of course. As the 13 most feminist animated movies of all time prove, a female protagonist doesn't make a movie feminist — it's the story that really matters.

In Disney's first animated feature, Snow White and the Seven Dwarfs released in 1937, the female protagonist's most defining characteristics are in her appearance. We all know that she has "skin as white as snow" and "lips as red as the rose" — her character was literally named after the color of her skin. Since then, female leads in animated films have come a long way. Today, feminist animated movies star characters who are more than their looks. They have dreams that don't involve a prince charming, and bigger goals than going to a ball. The 13 most feminist animated movies are redefining female roles and inspiring viewers all at the same time.