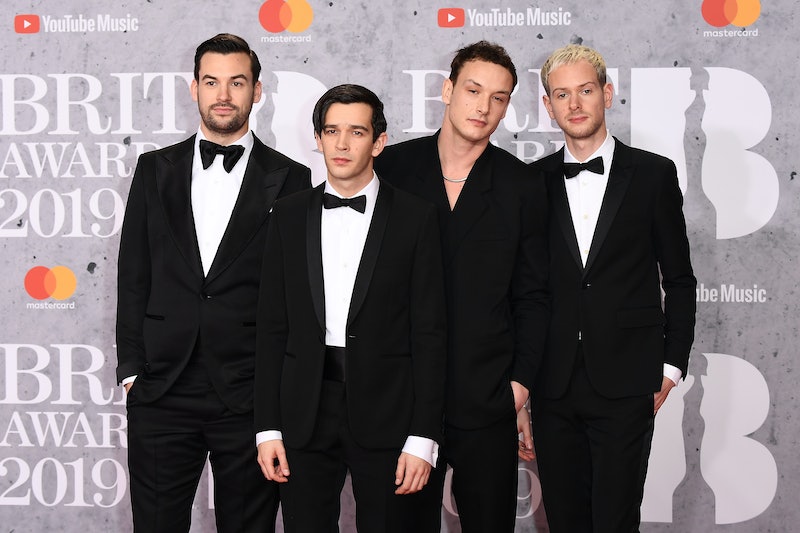 While awards shows are often fun and frivolous affairs, where you get to see your favourite artists hang out and party into the wee hours, in recent years they've increasingly been utilised as an opportunity for artists to highlight issues they feel passionately about. Ever since the Time's Up protest, where people wore black to the 2018 Oscar's in protest against sexual harassment in the music industry, it feels like there's been more and more political moments on the awards show circuit. At the 2019 Brits, The 1975's Matt Healy's speech about misogyny in music was a one such moment that brought a vital issue to the attention of the millions watching at home.

Taking to the stage to pick up the award for Best Group, Matt Healy took the microphone saying:

"I just want you to listen to me for one sec, just a couple of sentences that a friend of ours, Laura Snapes, said this and I thought we should all really think about it. She said that in music, 'male misogynist acts are examined for nuance and examined as traits of difficult artists while women and those who call them out are treated as hysterics who don't understand art.'"

Healy was quoting from a Guardian article by Snapes and the writer was quick to share her appreciation on Twitter.

Having spent the better half of a decade writing about music, as she describes in the article, Snapes has been subject to various mistreatment from male musicians throughout her career. One in particular branded her a b**** on stage in June, 2015 which inspired the quotation Healy read out in his speech.

Back then, she was referring to an act called Sun Kil Moon, a musician who's spent his career under the bullet-proof guise of the male genius. Today, writers like Snapes are currently working to undo that tradition, which as Healy alluded to, has meant that men can continue to mistreat and abuse women while their reputation has been left untarnished.

Snapes was loathed again to bring up this subject following a news story from The New York Times, which reported several allegations of abuse against alternative singer-songwriter Ryan Adams — all of which he denies — whose career has also profited from the male genius marker. The story broke a week prior to the BRITs, but it is, as Snapes suggests, only "the tip of an indie-music iceberg."

While it's extremely admirable that Healy brought Snapes' words to a huge audience, those watching at home should remember who those words came from — a woman who's seen every angle of abuse from male musicians. Her story is echoed by countless women throughout the industry, but it's not been until recently, that their experiences are finally being listened to.

Now that millions of people have heard these words, I'm hoping that they'll see the "nuance" in them, rather than shirking it off as "hysterics," which so many men have been inclined to do once they've been called out on their wrongdoing. It's time for that to change, and Healy and his boys have tacked themselves onto the right side of history.