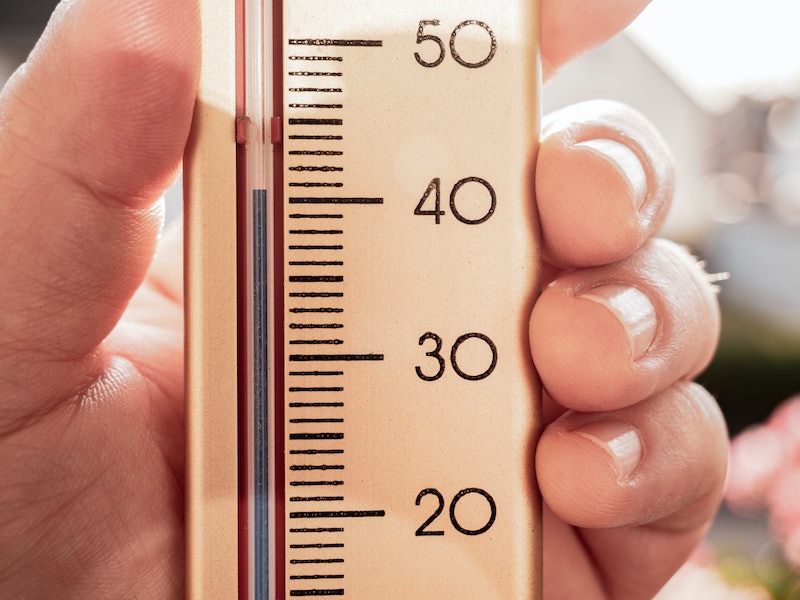 The decade is drawing to a close, and there have been some extraordinary changes for the world, be they good, bad, or somewhere in between. Sadly, one change that has been affecting the world year on year is the climate. And a new report from the World Meteorological Organization (WMO) details how this decade could be the warmest on record. Predictions show that 2019 is likely to be the 2nd or 3rd warmest year ever on record, and the last five years are almost certain to be the five warmest years on record.

The WMO Provisional Statement of the State of the Climate 2019 report showed how greenhouse gasses and temperature increases, including in the ocean, had reached their highest points over the past 10 years. In fact, the report stated that concentrations of greenhouse gases reached record levels just last year.

Speaking specifically about the sea, the report said: “The ocean absorbs over 90% of the heat trapped in the Earth system by rising concentrations of greenhouse gases.” The ocean heat content (the amount of heat absorbed by the ocean) reached record levels in 2019. And as the sea temperatures rises, so does sea levels, with melting ice on Greenland and Antarctica contributing to the rise. And in 2019, “the global mean sea level reached its highest value since the beginning of the high-precision altimetry record (January 1993).”

The rising heat is also affecting the population, especially vulnerable people. “Greater impacts are recorded in locations where extreme heat occurs in contexts of ageing populations, urbanization, urban heat island effects, and health inequities,” the report says. In 2018, a record 220 million people over the age of 65 were exposed to heat waves.

And the rising heat isn’t just affecting older generations, however. WMO accounted for the recent increase in global hunger not only to conflicts, insecurity, and economic downturns, but also to the extreme weather events. These effects are felt most acutely outside of the West. In sub-Saharan Africa, the number of undernourished people increased by over 23 million between 2015 and 2018, WMO reports. And on top of that, displacement due to climate change is getting worse, too. Floods, storms, and droughts have contributed the most “to displacement recorded so far in 2019.”

The UK saw the hottest day on record this summer when Cambridge University Botanic Garden measured highs of 38.7C in July. And only last year, the Guardian reported that nearly 700 more deaths than average were recorded in England and Wales during the heatwave in June and July 2018.

Speaking about the report, Dr. Kat Kramer from Christian Aid told the BBC: "Now we know that global temperatures are rising to record levels and without action we can expect more climate suffering. It's vital we phase out fossil fuels as fast as possible.

"The good news is this is a timely wake-up call at the start of the COP25 climate summit in Madrid. Delegates have no excuse to block progress or drag their feet when the science is showing how urgently action is needed."

More like this
Pret & Costa’s Coffee Is The Strongest On The High Street, According To Which?
By Sam Ramsden
Here’s Where The NHS Nurses’ Strike Currently Stands
By Sophie McEvoy
Gen Z Are Twice As Likely To Identify As Queer, According To New Data
By Sam Ramsden
How To Help Those Affected By The Turkey-Syria Earthquake
By El Hunt
Get The Very Best Of Bustle/UK
Sign up for Bustle UK's twice-weekly newsletter, featuring the latest must-watch TV, moving personal stories, and expert advice on the hottest viral buys.